Antrim and Newtownabbey Borough Council has announced plans to award Jonathan Rea the Freedom of the Borough of Antrim and Newtownabbey for his services to sport. The Ballyclare-born, superbike triple world champion, will be the first person to be awarded Freedom of the Borough since the two legacy Councils merged.  The news comes in the week after Jonathan equalled Carl Fogarty’s 59 race win record in WorldSBK, with his double race win at Imola in Italy.

The prestigious award will be made in a ceremony later in the year but in the short term Jonathan will return to Northern Ireland this weekend to attend the North West 200 races, where he will complete a parade lap on Saturday. 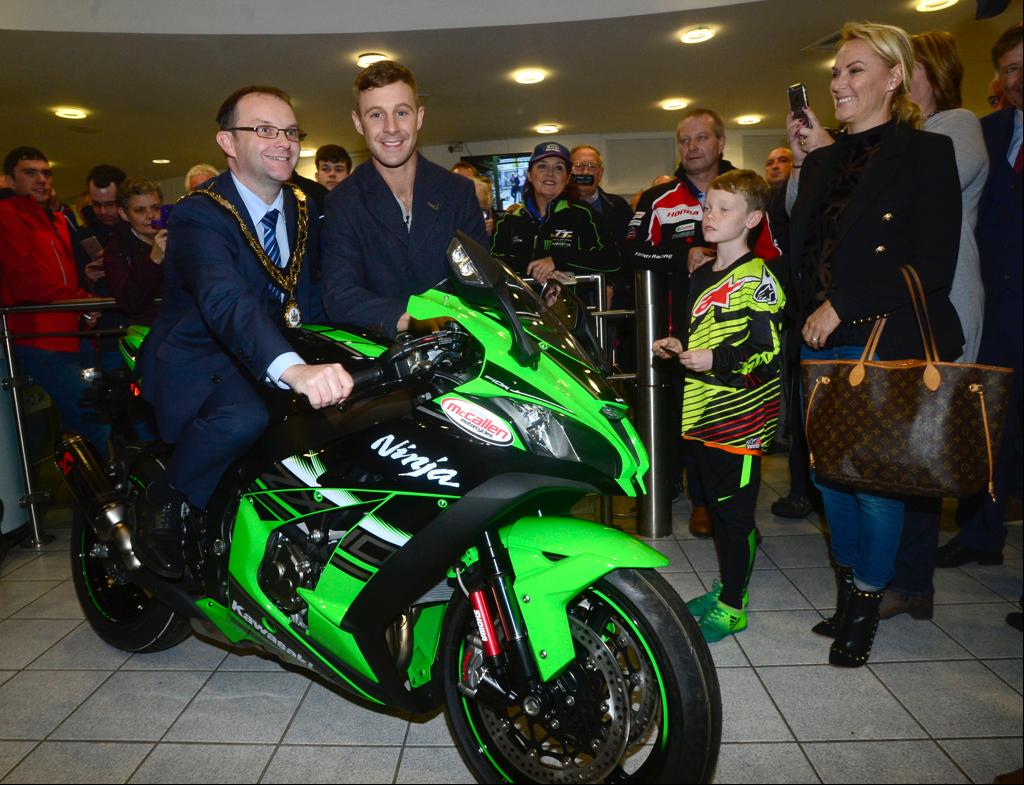 Jonathan Rea stated, "Growing up in Ballyclare has had some very special memories for me so it is a real honour to be the first person to be given the Freedom of the Borough since the two legacy councils merged. I am very grateful for all the support I get from my fans, especially those from home who travel all over the world to come and watch me race.  It's been an amazing weekend at Imola, winning both races and leading the championship now by 42 points.  I can't wait to come back to Northern Ireland later this week, to soak up all the North West 200 has to offer and ride in the parade lap this Saturday."

Mayor of Antrim and Newtownabbey, Councillor Paul Hamill commented, “Freedom of the Borough is the most prestigious award that Council can bestow on its citizens and an appropriate award for a young man who is one of the leading lights of motorsport in the world. Jonathan has put Northern Ireland, his Borough and hometown of Ballyclare firmly on the world stage and I wish him all the best for the rest of his season, which I am sure will be another one of success.”