BATTLING SECOND IN RACE ONE FOR REA 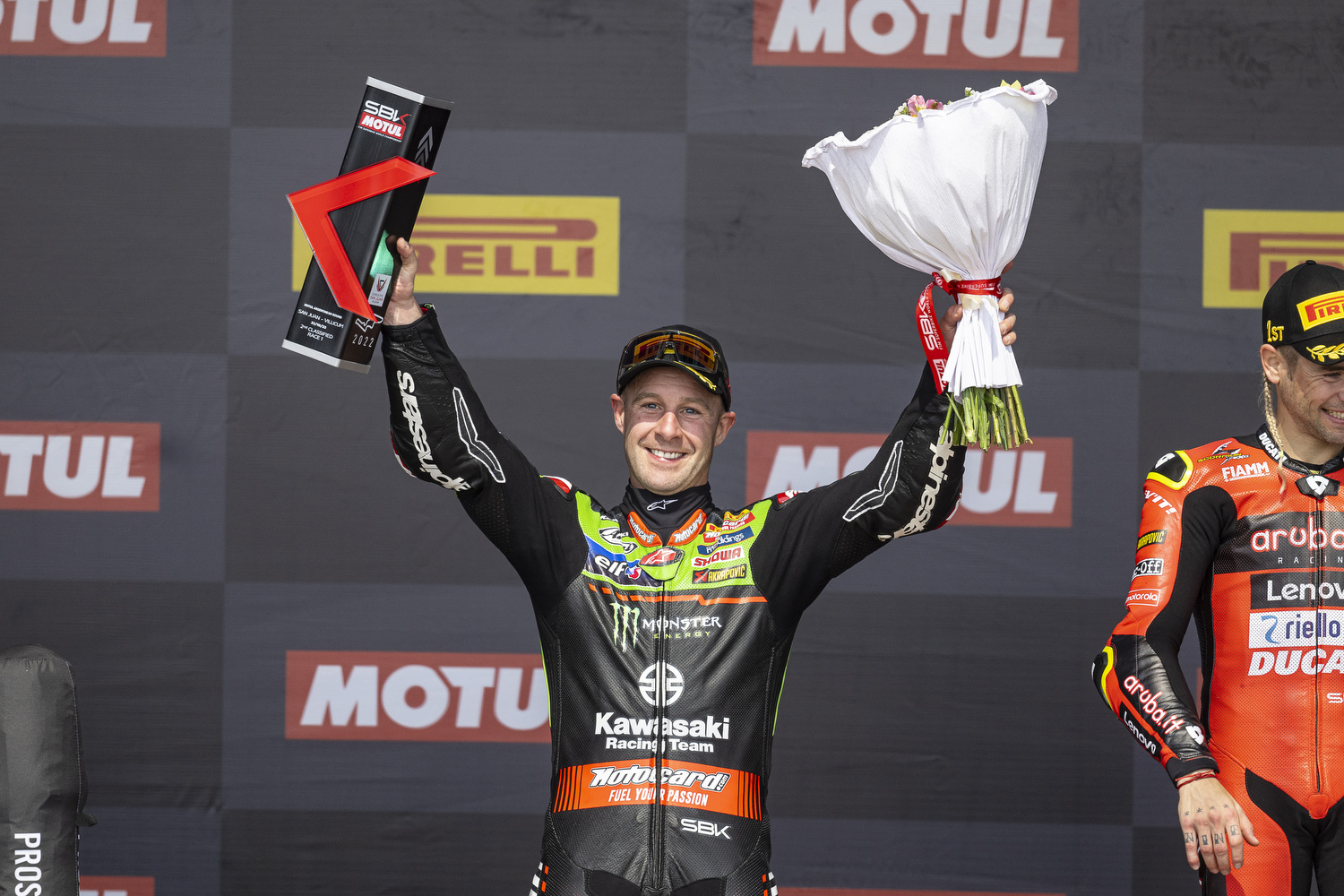 The opening 21-lap FIM Superbike World Championship race at the Circuito San Juan Villicum in Argentina was a dramatic affair, with Jonathan Rea able to fight from his front row starting place to be second at the chequered flag.

The first lap of WorldSBK Race One provided an immediate moment of intensity as title challenger Toprak Razgatlioglu crashed at Turn 9, just in front of Rea and just behind points leader Alvaro Bautista. Razgatlioglu would restart but finish only 15th, scoring one point.

As the chasing pack recovered track position Rea was in the lead for a lap and then would chase the rider who passed him, Axel Bassani, for six laps. When Bautista passed Rea and Bassani he took the leading position and kept it until the end.

Rea was involved in a tough fight with Bassani for most of the race, usually riding in third place. Ultimately Jonathan used all his pace and experience to make a final pass with three laps to go, running out a clear second at the flag.

Rea had qualified second fastest in Superpole earlier in the day, only just pipped for pole position by Razgatlioglu after the lead and new track best lap times had been swapped between the top riders on several occasions.

Jonathan Rea said: “Qualifying was amazing, even though I didn’t get pole position. The lap was top drawer, no mistakes, and we got the best out of the bike. It was just not enough because Toprak did that little bit extra. I was happy to be on the front row and potentially we could have led the race into Turn One but I let Toprak go ahead. After the first lap Alvaro dropped back but then Bassani came through and I was just calm, waiting, as he was doing a good pace at that point of the race. Alvaro came past when I was trying to go through on Bassani, but I couldn’t pass anywhere. Without stuffing Axel, it was impossible to pass. I was stuck and then I had to really grind him down, wait until his tyres were moving a little bit towards the end and then plot my move. It was all I could do to finish second. It feels good to come out top in the battle with Bassani but when I was riding with him I couldn’t really do what I wanted to do. On the penultimate lap I did one of the fastest laps of the race, by myself, and with a clear track in front. I saw on the last lap I had a gap back to Axel and no chance to get to Bautista, so I just brought the bike home.”