Brief But Positive Test For Rea In Jerez. 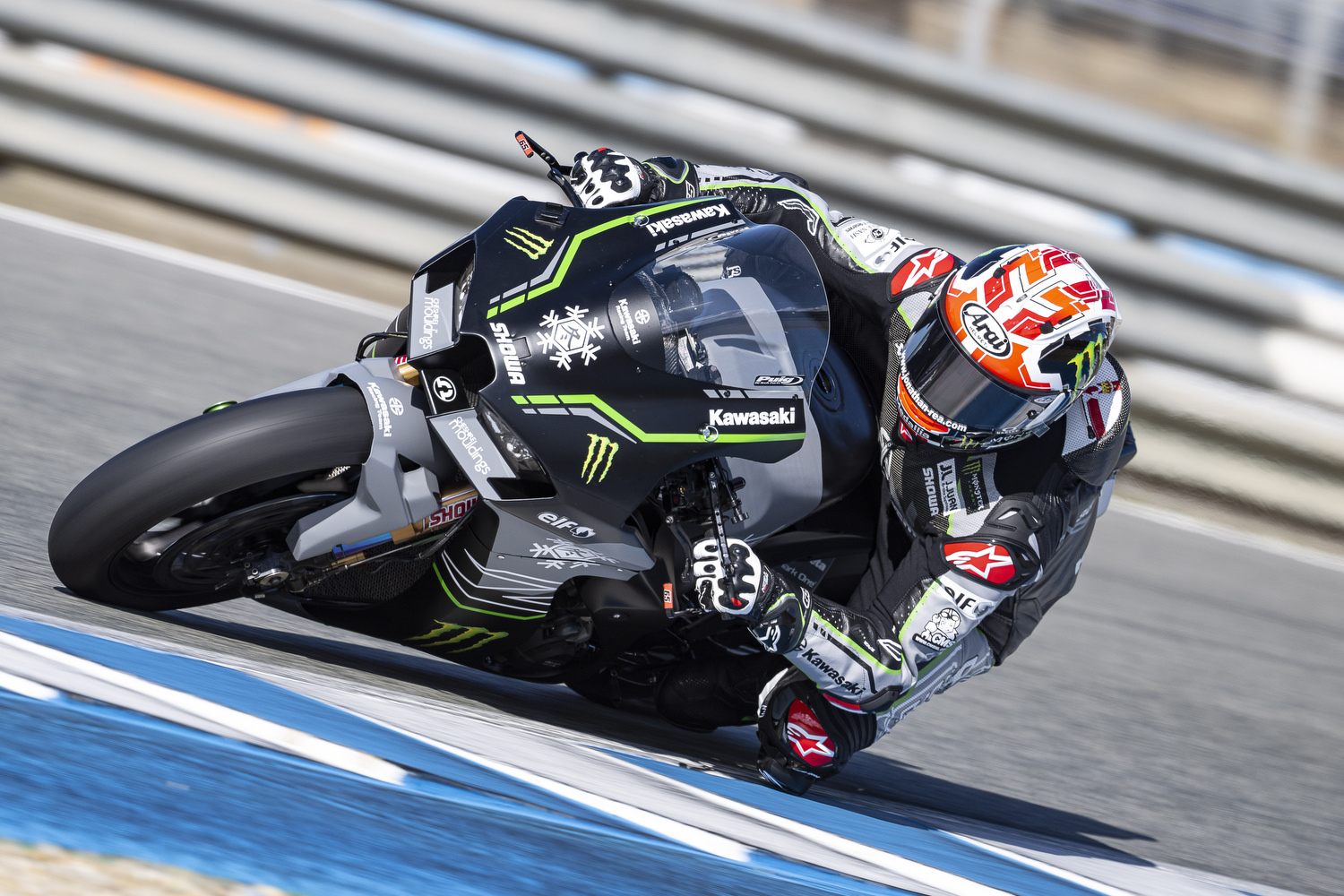 The planned two-day test was reduced to half a day, on Friday afternoon, due to wet weather. On an almost dry track Rea worked through various test items, just a few days after the end of the 2022 racing season.

In the final analysis, Rea had enough track time to make a valuable assessment of the new items that were tested on his Ninja ZX-10RR race machine. After completing 50 laps Rea finished as the fastest rider at this test with a lap-time of 1m 39.911.

The next test for Kawasaki Racing Team will be in late January 2023, once again at Jerez.

Jonathan Rea, stated: “It has been a very worthwhile test because we had to make decisions on some ‘hard’ parts for the off season, so that we can start in a good way next year. We just had three or four of these important items to say yes or no on. Riding the 2023 bike is good. There are some areas we need to improve, because we are still doing the early work, especially from the electronics side. But step-by-step we will put the package together. The track was never in perfect shape as there were still some damp patches out there but we were able to make some decisions. I am happy to go into the off season healthy and happy. I look forward to a few weeks holiday now.”