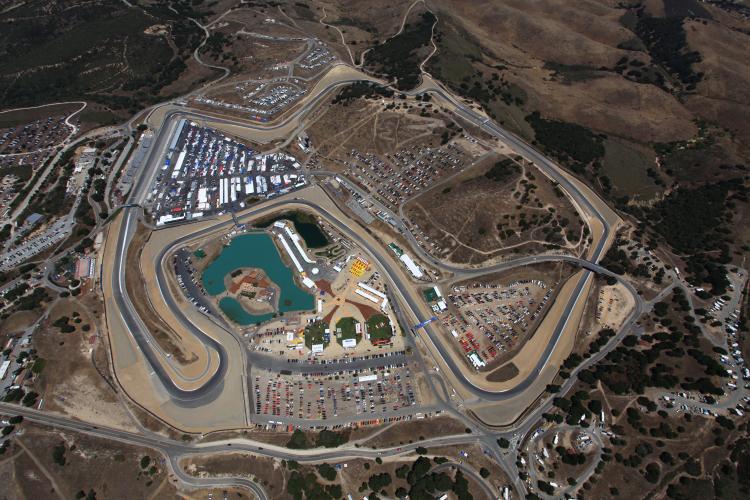 The 2016 FIM World Superbike Championship heads to the west coast of the United States of America this weekend and the iconic Laguna Seca Raceway for Round 9 of the series.  Jonathan Rea heads stateside with the Kawasaki Racing Team hoping to maintain his 100% record of podium finishes for the season and to consolidate his current championship lead.

The aim of course is to challenge for victory in Saturday and Sunday’s WorldSBK races and Rea considers that his recent form and the performance of the Ninja ZX-10R put him in a strong position.

After a blistering start to the season, with five wins from eight races, Rea hadn’t tasted victory since round four until last time out at Misano where he recorded a stunning double win ahead of Kawasaki team-mate Tom Sykes.  That allowed him to extend his championship lead to 66 points over Sykes with early season challenger Chaz Davies (Ducati) slipping a further 33 points behind.

Following the last round and a one day test at Misano, Jonathan has enjoyed some downtime on the Adriatic coast with his family but took time to visit the Monster Energy Kawasaki Racing Team during the MXGP of Lombardia where Clement Desalle and Dylan Ferrandis took podium finishes in MXGP and MX2 respectively.

Attention now turns to the Geico US round of WorldSBK at Laguna Seca.  The 3.610km racetrack sits close to the Californian coastal town of Monterey and is home to the famous Corkscrew series of bends.   Free Practice will start at 10:15 (GMT –8) on Friday with races starting at 14:30 on Saturday and Sunday.

After this race the WorldSBK series will enter an extended summer break due to the cancellation of the Monza round.  Racing will recommence in Germany at the Eurospeedway Lausitz on the weekend of 16th-18th September.

Jonathan Rea, stated: “I am so excited to go to Laguna because I really enjoy the fly away races. Last year the race weekend was quite nice because we were not so far from the race victories – two times in third place. In the past three rounds I have felt really good on the bike and I am looking forward to taking the Ninja there after two weeks of hanging out in Italy after the race and tests in Misano, just preparing for the Laguna race. There is a lot of enthusiastic support from the American side, especially for Kawasaki as well, and I am excited to go there and get amongst it.”