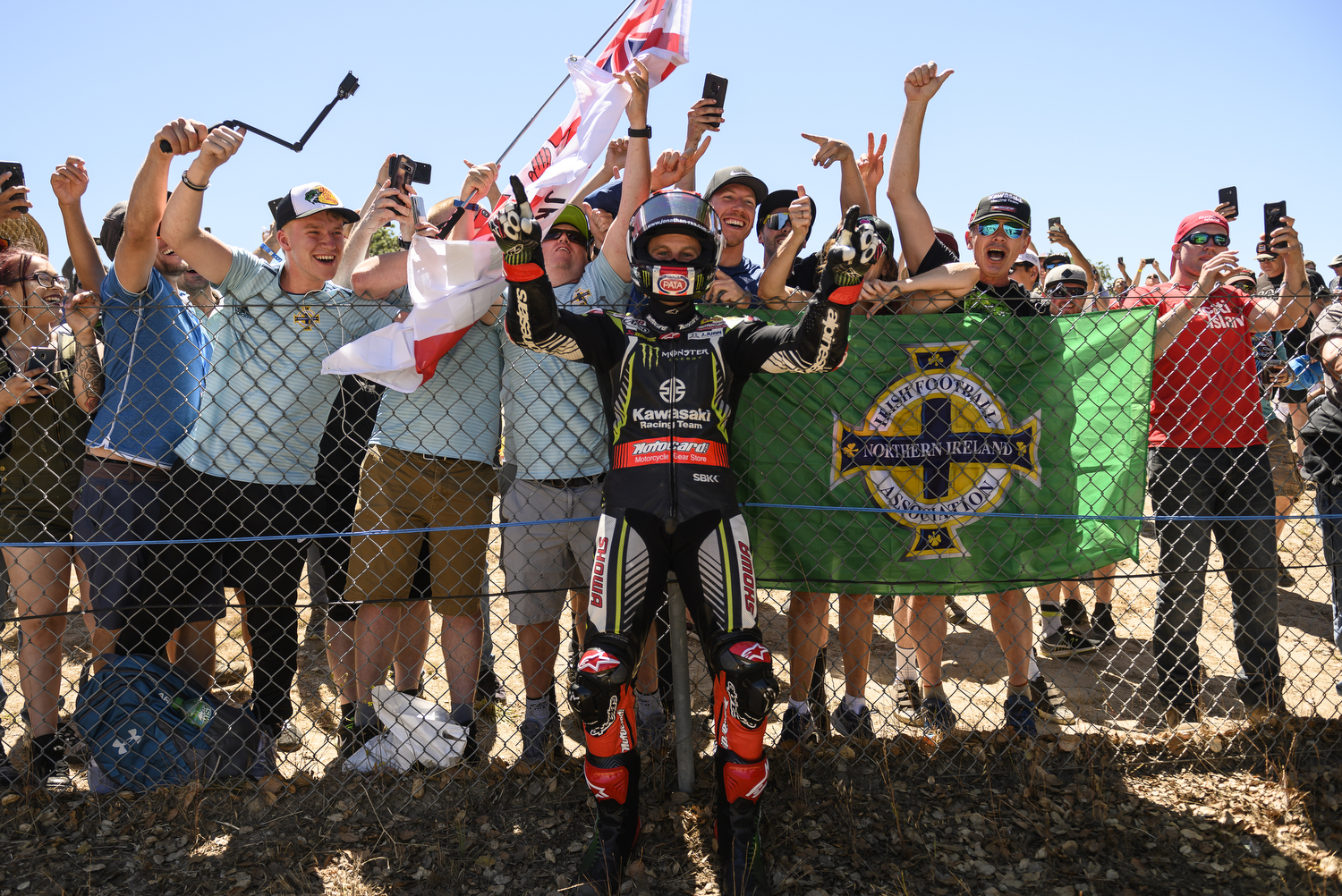 Jonathan Rea continued his recent run of form at Laguna Seca today as he took his eighth race win of the season and extended his lead in the 2019 FIM Superbike World Championship to 49 points.

With Tissot-Superpole to contend with after the early morning FP3 practice session, Jonathan Rea came within a whisker of setting a new track best on his official Ninja ZX-10RR to secure his 20thcareer pole position. He made it four Superpole wins in 2019 in the process.

Rea made the most of his pole position start leading today’s WorldSBK race one all the way from turn one to the final lap, scoring full points as his only real championship rival at this stage, Alvaro Bautista (Ducati), fell and failed to score any points, despite rejoining the race.

Jonathan had Chaz Davies (Ducati) for close company for the first nine laps, but started to extend his lead as the race progressed eventually finishing 5.693 seconds ahead Davies at the flag.  Fellow Kawasaki rider Toprak Razgatlioglu completed the podium positions finishing in third.

Jonathan Rea, stated: “I felt my pace all weekend was solid. I could feel the Ducati riders getting closer but I still felt like I was the reference. I wanted to go at the beginning and put my head down from the start. I just had that small advantage of the grid position because I could come across and get track position into T1. It is a difficult track to pass so I just tried not to make any mistakes. It was very difficult in the beginning because the wind picked up a little bit more than this morning. Yesterday was very windy but this morning not, so it took me a few laps to get my rhythm in the race. As boring as it is to say, it was a case of ‘make no mistakes, keep hitting my points and make my rhythm.’ Physically, I felt great and I could have ridden the bike all day long. The team gave me a good bike, very stable and I had a lot of mechanical traction at the start.”