Dominant Victory For Rea At Imola 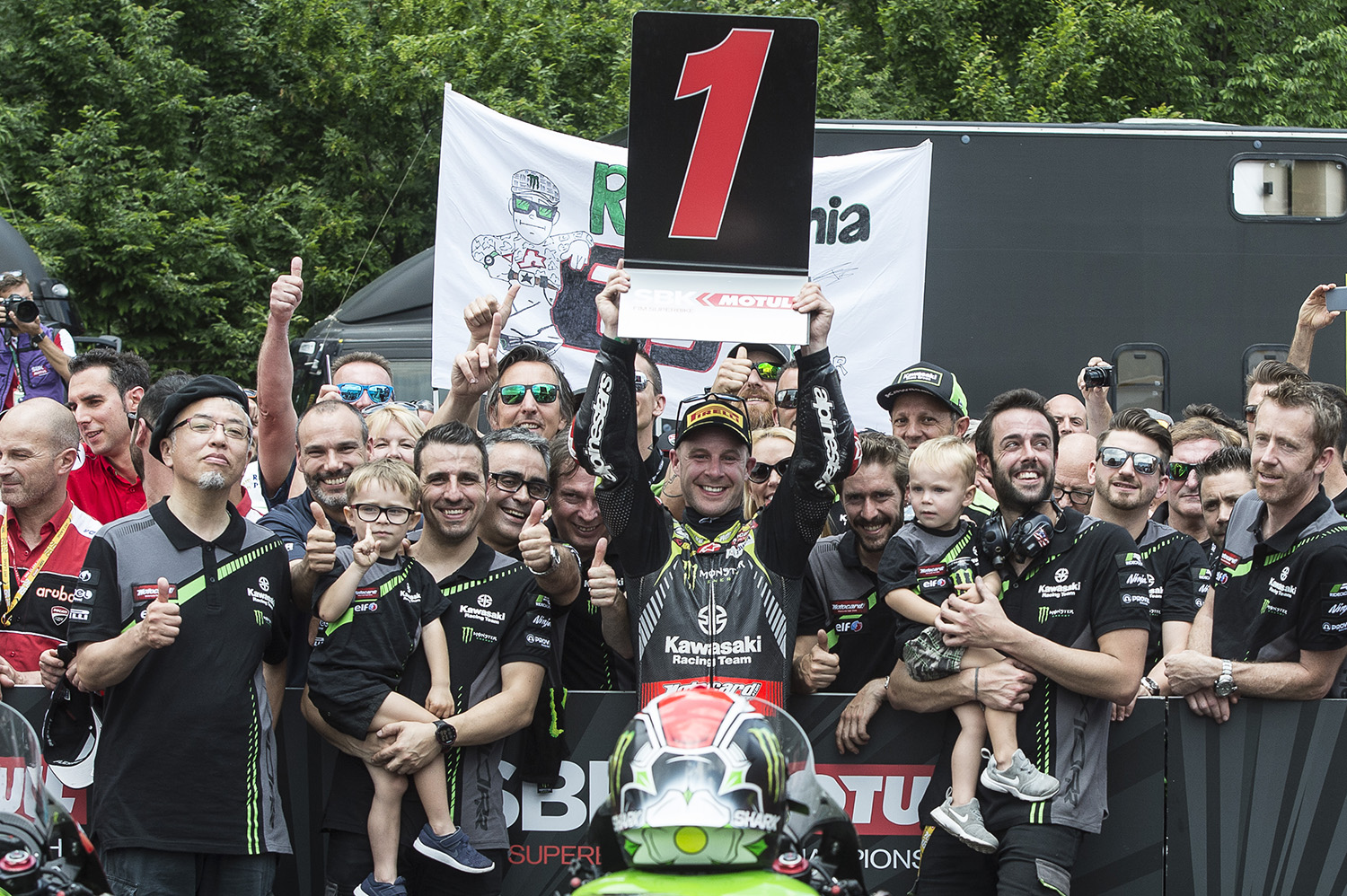 Jonathan Rea claimed an impressive flag to flag victory today in the first WorldSBK race of the weekend at a warm and sunny Imola. The reigning world champion started the race from pole position and held a comfortable lead for the entire 19 laps. Kawasaki team-mate Tom Sykes came home in second place ahead of Marco Melandri (Ducati).

This was Jonathan’s fourth win in this year’s FIM Superbike World Championship and it brings him to within one victory of the all time record of 59 wins held by Carl Fogarty.  It also further consolidates his advantage in the overall standings as he strives for an unprecedented fourth consecutive title.

Race two for the Superbike riders will take place at 13:00 (GMT +2) tomorrow.  Jonathan will start from ninth on the grid but is confident that the pace of his Ninja ZX-10RR will allow him to race for maximum points again.

Jonathan Rea, stated: “Going to the front from the start was my only plan today. My pace has been a little bit extra all weekend so the best thing for me to was to set my own rhythm and not get involved in anyone else’s race. There was a five lap plan to make a small gap but I had more than one second of advantage, so I was happy to ride to my own pit-board after that. When the gap was stagnant I could make a small effort, without taking too many risks, because the temperature came up quite a lot today. The bike behaved differently because of this, so I was just trying to understand all the limits of the bike through the race and bring it home. It felt like a long race but I had a good solid rhythm, and that was enough.”