Final European Round Of 2019 For Rea At Magny Cours 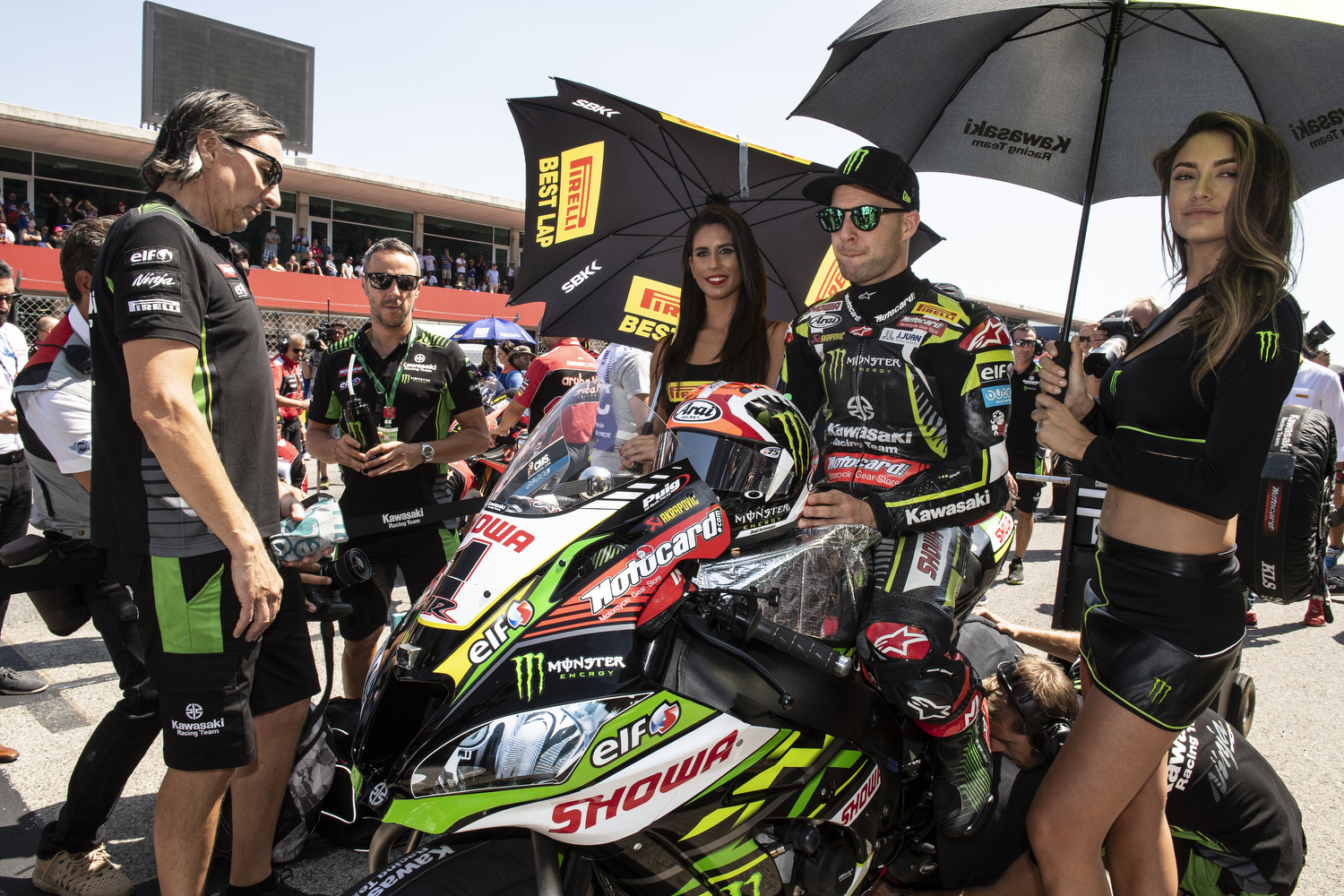 The 2019 FIM Superbike World Championship visits Magny Cours in France this weekend for round 11 of 13 in the series, and the final European round before the season concludes in Argentina and Qatar next month.  Jonathan Rea comes into this event on a rich vein of form, having won two races at Portimao in Portugal last time out.   The current world champion has transformed his season with a series of victories and podium finishes to forge ahead in the overall standings with a 91 point advantage over his nearest rival Alvaro Bautista (Ducati).

Magny Cours is of course the scene of Jonathan’s last two championship victories in 2017 and 2018.  There is a mathematical chance that he can clinch the title here again this year, for an unprecedented five in a row, but his focus remains firmly on the task at hand in preparing the Kawasaki Ninja ZX-10RR race machine for the demands of the 4.411km Circuit de Nevers and the often, mixed weather that the region is known for.

Track action gets underway at 10:30 (GMT +2) on Friday morning with the remainder of the weekend following the now familiar schedule: Superpole Qualifying at 11:00 on Saturday followed by WorldSBK race one at 14:00; Tissot Superpole Race at 11:00 on Sunday; and WorldSBK race two at 14:00 on the same day.

Jonathan Rea, stated: “It is very exciting to go to Magny Cours because it feels like the previous round in Portugal was a long time ago. I am ready to get back on the bike. Last weekend was the wedding of my crew chief Pere Riba, so we were all together as a team and we had a really good time together. Now we turn our attentions to Magny Cours. It is a circuit that requires really good stability on the brakes and also a bike set-up that changes direction well. I feel that we are prepared as it is will play to the strengths of the Ninja ZX-10RR in some areas and in some areas we need to find a set-up compromise. We need to keep one eye on the weather and one eye on performance. At Magny Cours you never really know what weather cards you are going to get dealt. In any case I am ready to get stuck in.”