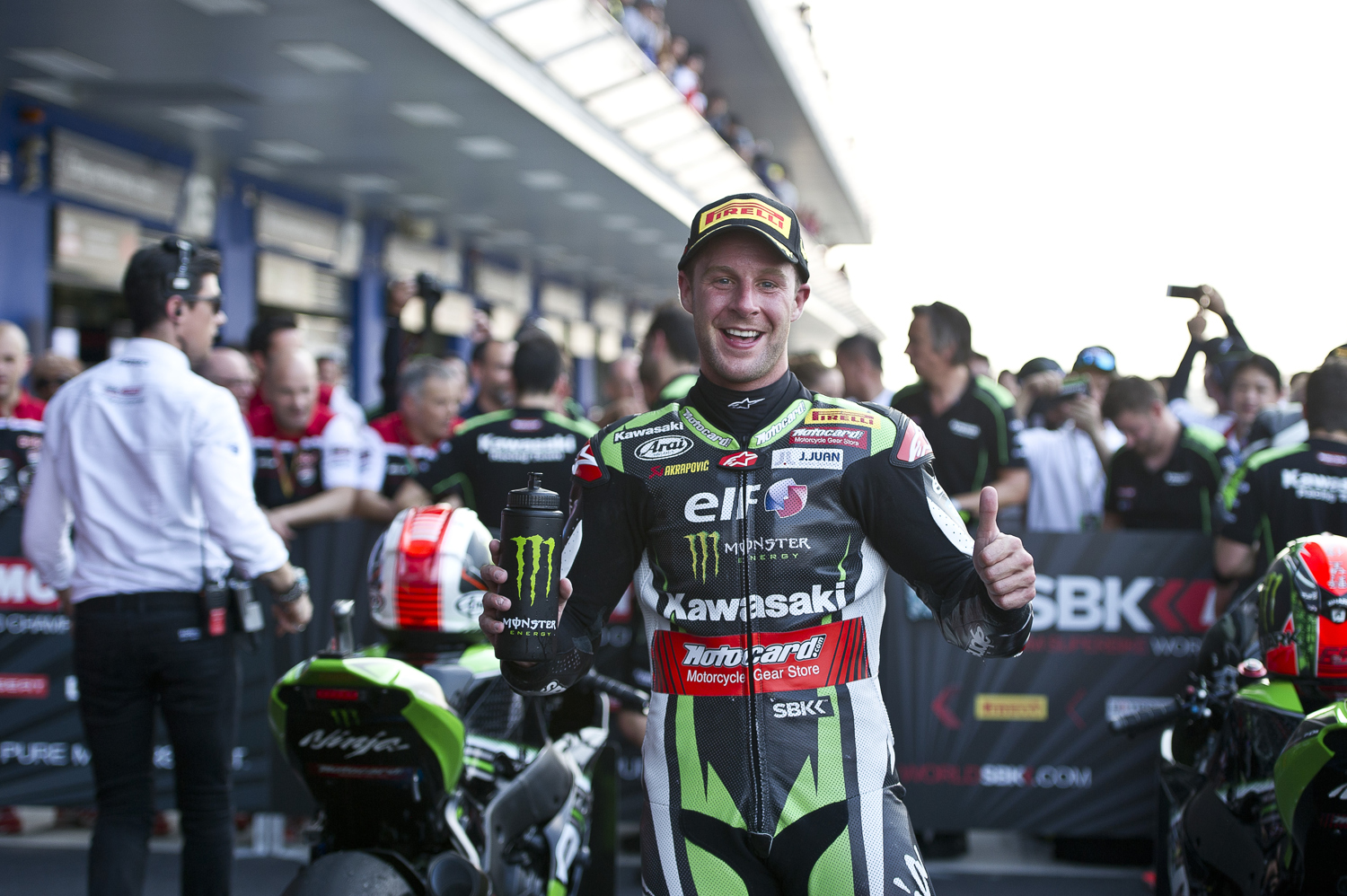 Jonathan Rea continued his perfect start to the latest FIM Superbike World Championship campaign in Thailand today by taking his second win of the weekend and his fourth in succession. Team-mate Tom Sykes finished in second place ahead of Marco Melandri (Ducati), in a race which was shortened to 16-laps after a red flag was shown early in the first attempted running.

After taking pole position and the first race win at the Chang International Circuit Jonathan Rea had to make two race starts today, just like his peer group. In the only race finish that mattered Jonathan scored his fourth win in a row, giving him a perfect score of 100 points so far and a championship lead of 30 over Chaz Davies.

Having won both Superpole contests this season, at Phillip Island and Chang, Rea has also grown his career win total to 42 after his second race success.

The riders and teams will now return to Europe for round 3 of the Championship which takes place at Motorland Aragon on 1st and 2nd April.

Jonathan Rea, stated: “The best start to a season ever in my career. It is important to maximise these points when we can because it is how I built my championships in the past. When we can win, make sure we win, and then we can try and consolidate. These four victories are nearly halfway to my win tally from last year already! It is a good start and I just feel comfortable on the bike. We took the bike set-up we had from Phillip Island to here and it just pretty much worked. That is unheard of, so I have a good bond with the bike. There are still some areas we need to improve for the coming races but KHI are working hard on this. We expect to improve the bike again in the next races.”