Home Race Next Up For Rea 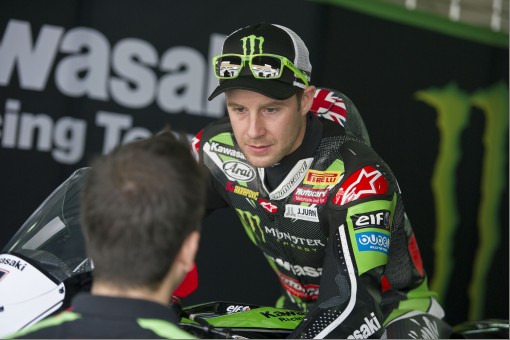 Jonathan Rea heads to Donington Park in the United Kingdom this weekend with the Kawasaki Racing Team for his home event, round seven of the 2016 FIM Superbike World Championship.  As the championship reaches it half way point Rea has already won several races on the all-new Ninja ZX-10R and there could be no better venue for a repeat of this kind of success than his home circuit.

Rea has experienced victory at Donington in the past, back in 2012, and has been a regular visitor to the podium since them.  Kawasaki team-mate Tom Sykes has dominated the top step of the podium in recent years but Jonathan is hopeful that he can continue his early season form and take the win at the Leicestershire circuit once more.

In the current season reigning champion Rea has already scored five race wins on the new Ninja and podium finishes in every other race. KRT rider Rea’s remarkable consistency and pace for the second year in succession played a major part in rider and manufacturer re-affirming their partnership for another two years at the recent Malaysian round.

The Donington Park venue is where it all truly began for the WorldSBK championship as it had its first ever race weekend there in 1988. There have now been 46 individual races held at the English parkland track, with Kawasaki having won 11 of them.

Once more the schedule for races will change this weekend.  Free Practice will begin with a one hour session at 10:15 (GMT +1) on Friday morning, repeated at 13:30 in the afternoon.  Superpole qualifying will begin at 11:15 on Saturday with WorldSBK Race 1 at 15:00 later that day.  Race 2 will be the last action of the day on Sunday with the red lights going out again at 15:00.

Jonathan Rea stated: “Donington is a track that I really enjoy. Watching the races back from last year it seems that the bike was really competitive for both Tom and myself, and that is positive. So far this season we have demonstrated the competitive nature of the new model already on some different circuit layouts, so it is clear that the package is strong. At Donington this weekend we will be aiming to improve the balance of the Ninja ZX-10R and build into two strong races. The British weather is always a huge factor. I hope for some consistent weather but either way I am excited to go back to the UK. I have got lots of fans coming from Northern Ireland so Castle Donington is going to feel like Belfast! I am really excited about that and trying to do a good job for Kawasaki and all my fans that are making the journey.”