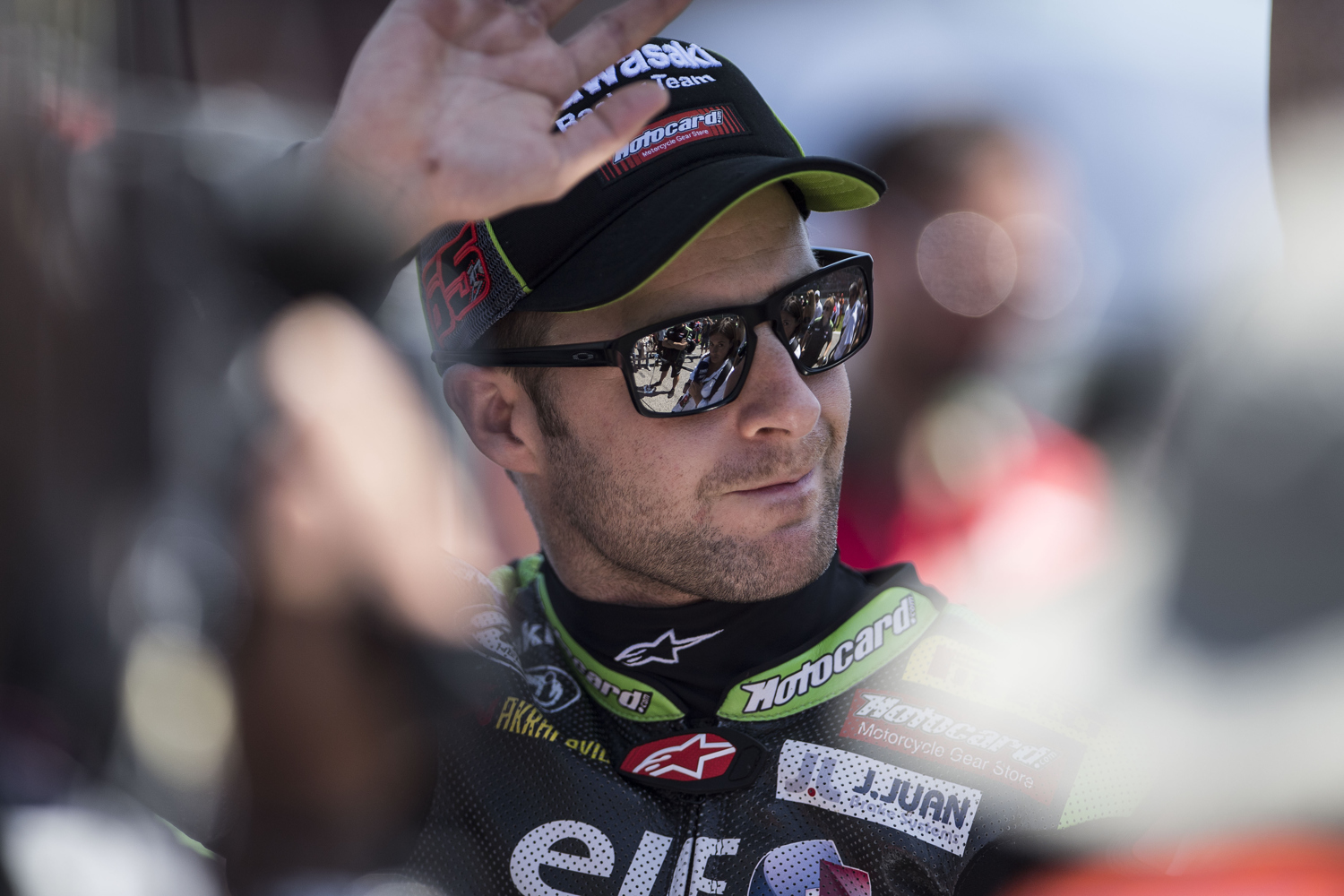 The 2017 FIM Superbike World Championship will come as close to home shores as possible for Jonathan Rea this weekend with round six at Donington Park.  There will, however, be a sombre mood in the paddock after it was announced that former MotoGP World Champion and fellow WorldSBK competitor Nicky Hayden, passed away on Monday 22nd May after being involved in a road traffic accident while cycling in Italy last week. Jonathan and his family send their sincere condolences to Nicky’s family and friends.

This weekend will mark the 25th WorldSBK race at Donington Park, at the venue where the series started in 1988.  Jonathan has only won one race at this race track, in 2012, and he will be working hard to add to his remarkable 2017 tally of seven wins after five rounds.

Rea currently leads the championship by 74 points from Chaz Davies (Ducati) with team-mate Tom Sykes only one point further behind.

This weekend will see the race programme change for the UK round.  Free Practice will take place at 09:45 and 14:30 (GMT +1) on Friday.  Superpole Qualifying will begin at 11:00 on Saturday with the WorldSBK races being run off at 15:00 on Saturday and Sunday.

Jonathan Rea, stated: “This weekend will be tinged with sadness after Nicky passed away.  He was a champion on and off the track and it is really sad the he is gone.  Tatia and I are sending our prayers to his fiancée, family and friends and to everyone in the Ten Kate team where I personally had many happy times.  With racing in mind I have been really excited about coming back to Donington Park after a great start to the season. The track itself is a lot of fun but it is also challenging to find a good balance between stability in the heavy braking areas, and agility in the fast and flowing parts. After Imola we have a better understanding of our bike and I'm looking forward to putting some new set-up ideas in place. I have received great support at the past at Donington and I know a lot of people are travelling from Northern Ireland, so it will definitely have the 'home race' feel. It's been a long time since I won at Donington so putting that right is the main target of the weekend.”