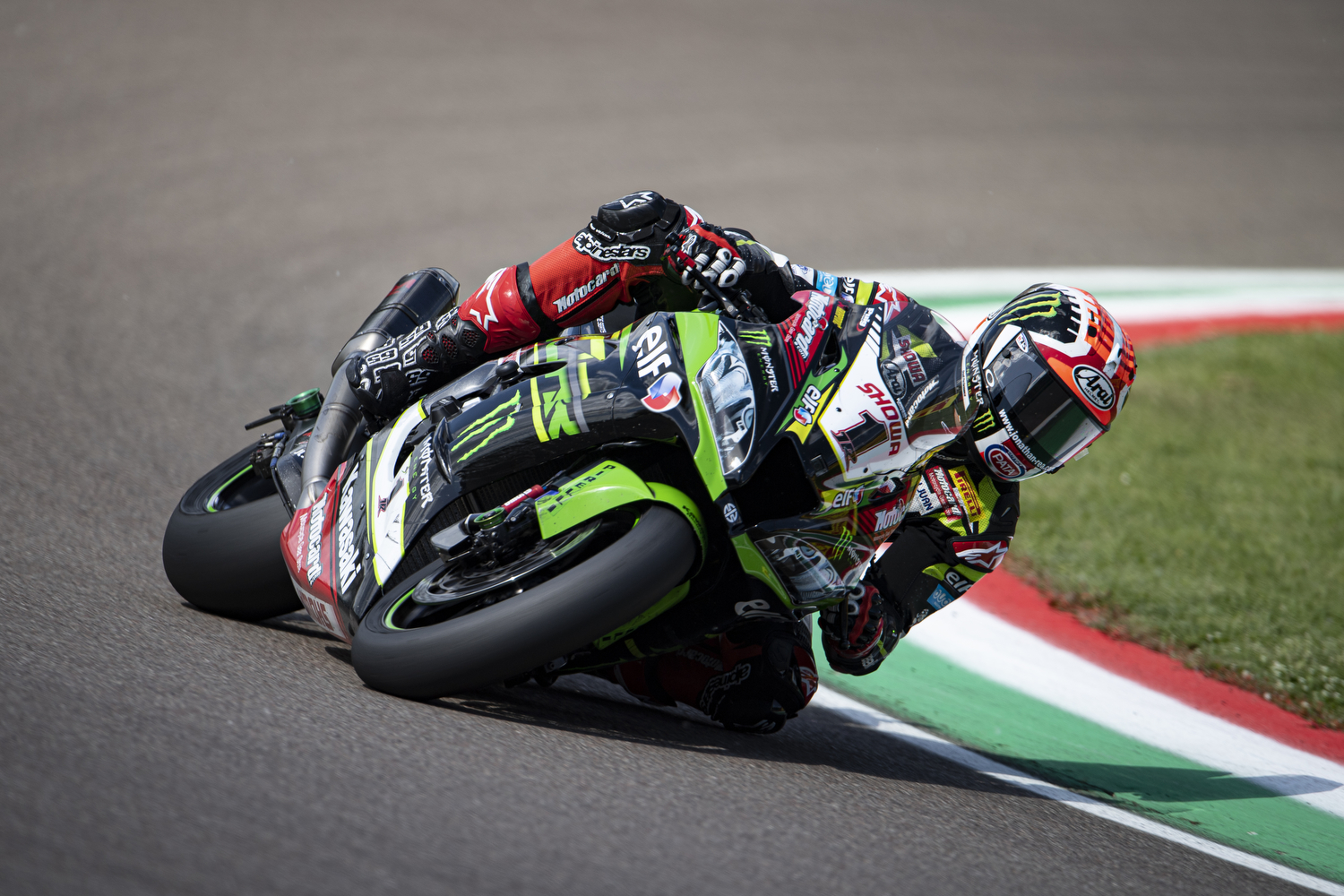 Jonathan Rea will get back into full FIM Superbike World Championship action this weekend at Circuito de Jerez Angel Nieto, located in the south of Spain.

The sixth round of the championship will take place at the 4.423km Jerez circuit between 7 and 9 June, one month after Rea won both of the races that survived the unseasonably bad weather conditions that eventually struck on the final day at Imola.

Despite this long gap between the previous and forthcoming rounds Jonathan nonetheless has been busy, taking part in successful test sessions at Misano last week and then again at Suzuka in Japan in readiness for the prestigious 8-Hour race in late July.

On the back of his outstanding double WorldSBK race win at Imola, Rea is once again preparing to try and trim the championship lead of his latest rival, Alvaro Bautista, at the Spanish rider’s home event.

Jonathan’s two wins at Imola took his all-time record of WorldSBK race victories to a new tally of 73, and boosted his entire team’s confidence in the process. The double win at Imola also marked the first full points scores for the 2019 Ninja ZX-10RR. Jonathan has scored two of his career race wins at Jerez, for Kawasaki in 2017.

Jonathan Rea, stated: “I’m excited to go to Jerez and understand our potential there. After the race weekend in Imola and a positive test at Misano I feel ready for this next challenge. Jerez is a very nice circuit to ride, especially the fast flowing corners at the end of the lap. It will be important to make a lot of laps during practice to prepare for the races, as it’s the first time we have raced in Jerez during the summer. The temperatures will be much higher than we experienced during our winter tests. With this in mind, we will work hard and try to keep the momentum going.”