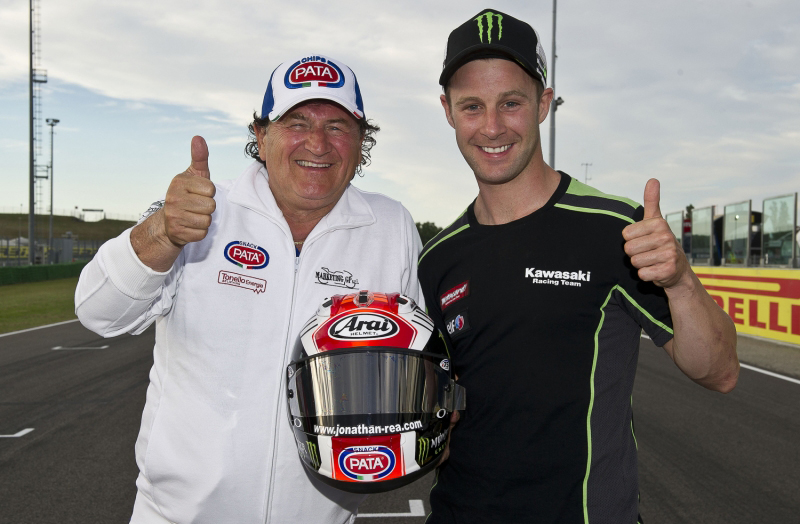 Jonathan Rea will once more link up with leading Italian snack manufacturer Pata S.p.A. it was announced today ahead of round eight of the 2016 FIM World Superbike Championship at Misano World Circuit Marco Simoncelli.

Pata, based in Castiglione delle Stiviere (MN), is one of Italy’s main industrial players specializing in the production of savoury snacks with a wide range of products including tortilla chips, popcorn, peanuts and many more alongside their flagship product, hand-cooked potato crisps.

Pata have been associated with motorcycle sport and in particular with the Superbike World Championship for a number of years.  President and General Manager of the company, Remo Gobbi, has been a long time follower of Rea and the results he has achieved throughout his career.

Pata has chosen to link their brand with Rea as a sign of appreciation for his achievement of becoming World Champion last year but also as a sign of gratitude for the long friendship the pair have built over the years.

Rea will carry the Pata brand on a specially designed helmet for this home round for the Italian company but will retain the branding on his regular helmet design for the remainder of the season.

Remo Gobbi said: “I love this wonderful and spectacular sport.  I always had particular attention for the great champion Jonathan Rea, as a winner he has always been in the top of the Superbike World Championship ranking.”

Jonathan Rea said:  “I’m really excited and proud to be part of the Pata Snacks family again because together we have shared many great moments in the past.  Remo Gobbi and his family have always supported me and I love their passion for Superbike.  This partnership with a market leader such as Pata is great for me and I look forward to good moments together in the future.”