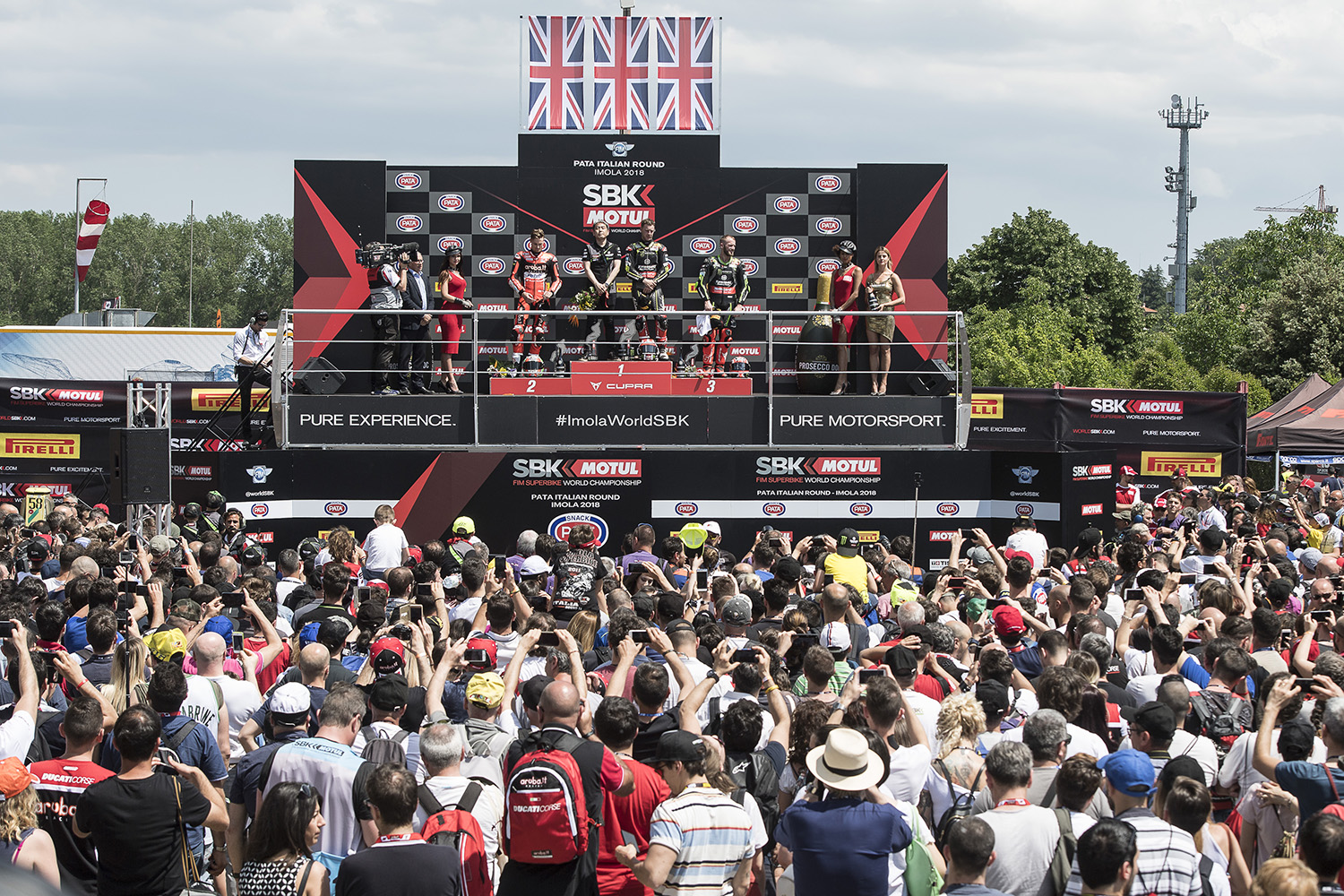 Rea started from ninth on the grid after yesterday’s dominant win.  In the opening laps he pushed hard to stay in touch with Davies, who started from pole, and had to make several passes until, after four laps, he was hot on the Ducati man’s tail.

The pair held positions until lap 13 when Jonathan took the lead and was able to quickly open a gap and win by 4.019s.

Today’s victory takes Jonathan to the top of the standings of all time race wins, equal with four time world champion, Carl Fogarty, on 59 wins.  The result has also increased his lead in the overall points table to 47 over Davies and 72 to Sykes.

Jonathan Rea, stated: “We got it done and it was probably the best race win of the season. Coming from ninth on the grid, it was so difficult. I was not so confident I could win today. In fact, it was Fabien Foret, who kept talking me round. I think I was over-thinking the first lap a lot - and my track position - coming from the outside of row three. I lost places in the first corner but eventually I was able to stick in some passes. I wasted no time so when I arrived with Chaz I was able to relax a little bit behind him and understand where I could pass him. I tried two or three times, but he was determined to come back. The final time I made it through, into the Variante Alta, it was time to put my head down, set two clean laps and make a gap. It was really nice to equal the record total of race wins, and with a long season left I feel confident that I can extend my win tally, and that is super-nice.”