Jonathan Rea Fastest After Two Days On Track At WorldSBK Test In Jerez. 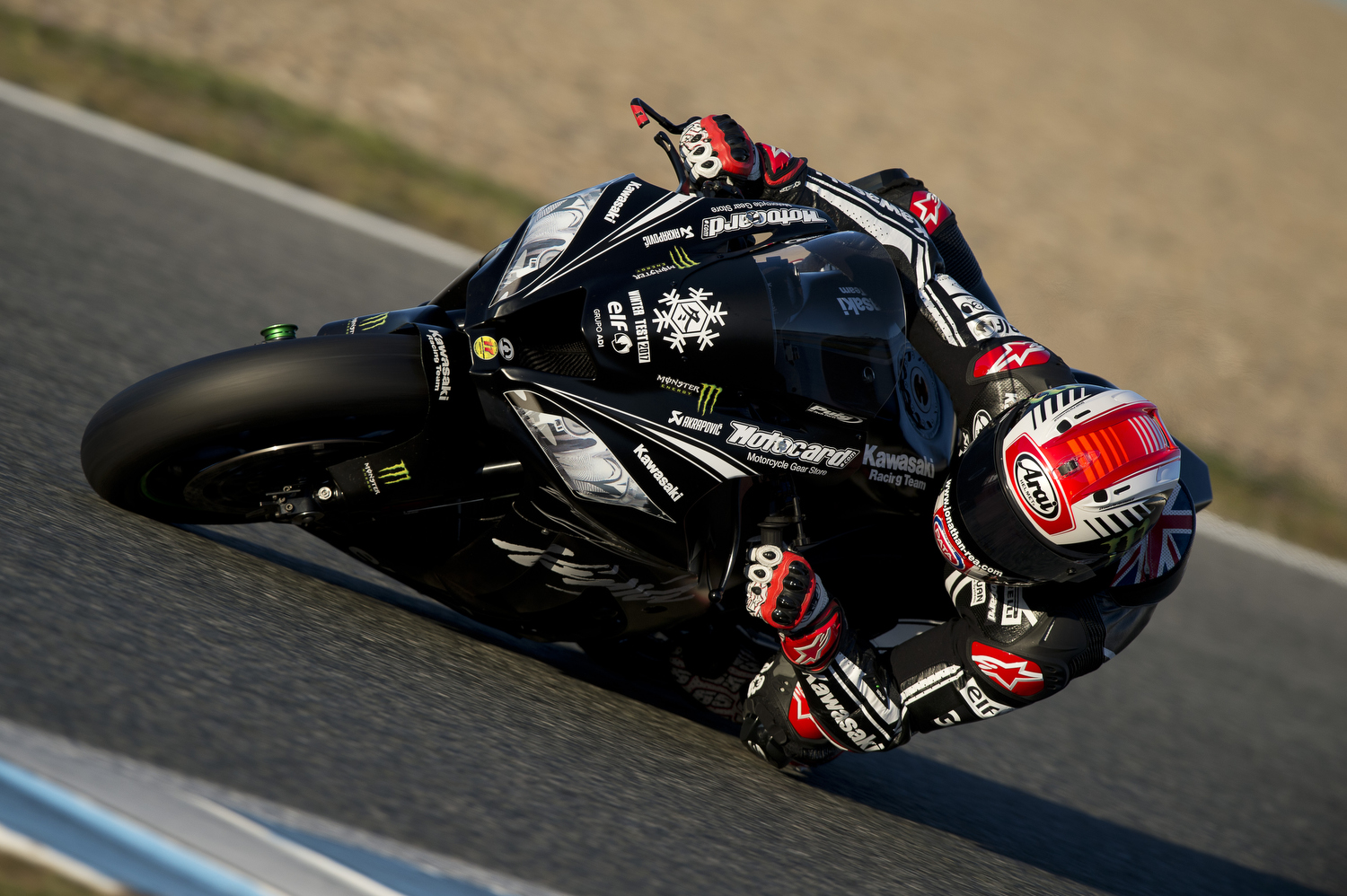 Jonathan Rea made a positive start to his 2017 FIM Superbike World Championship preparations on the new Ninja ZX-10RR during a two-day test at Jerez de la Frontera in Spain.

Two-time champion Rea set a lap time of 1’39.809 on the final afternoon, after posting the fastest lap on the opening day. His eventual leading time was achieved with standard race tyres fitted front and rear, as he wanted to concentrate on a race set-up only at this stage.

It wasn’t all plain sailing however as Jonathan experienced a crash in the middle of day two.  After a short break he returned to the track to post those impressive times.

Jonathan Rea, stated: “It is nice to set such a good lap time at this time of the year but it is testing and I have never been the best guy for one lap. We have been able to make many fast laps in these winter tests, however, and we have found a bike set-up that has been working well. The grip level at this test was a little bit lower than in November but we have been able to find consistency as well. With the different character of the track we have been able to evaluate different rear shocks. Showa have been working so hard and I am really impressed. I felt my own ‘bike fitness’ was not great as I have been off the race bike for so many weeks now. I am looking forward to the next test to try and do a lot of laps. I need some more mileage to feel like I did during the season last year.”

Pere Riba, Crew Chief for Jonathan Rea, stated: “Jonathan’s best time was done with standard race tyres. This afternoon we made a small change with the balance of the bike, to make things more sharp and to concentrate on finding a lap time. We also found some good things with the electronics so Jonathan felt good with the bike. We decided not to put in a qualifying rear tyre as there was no point. We know if he had put in a qualifier he would be faster. I was happy on the first day that the track did not have fantastic grip yet because it is better to work in those conditions to understand the bike. When you have good grip almost everything you test feels good. We have to understand the best way possible with low grip and high grip so this test was very positive.”