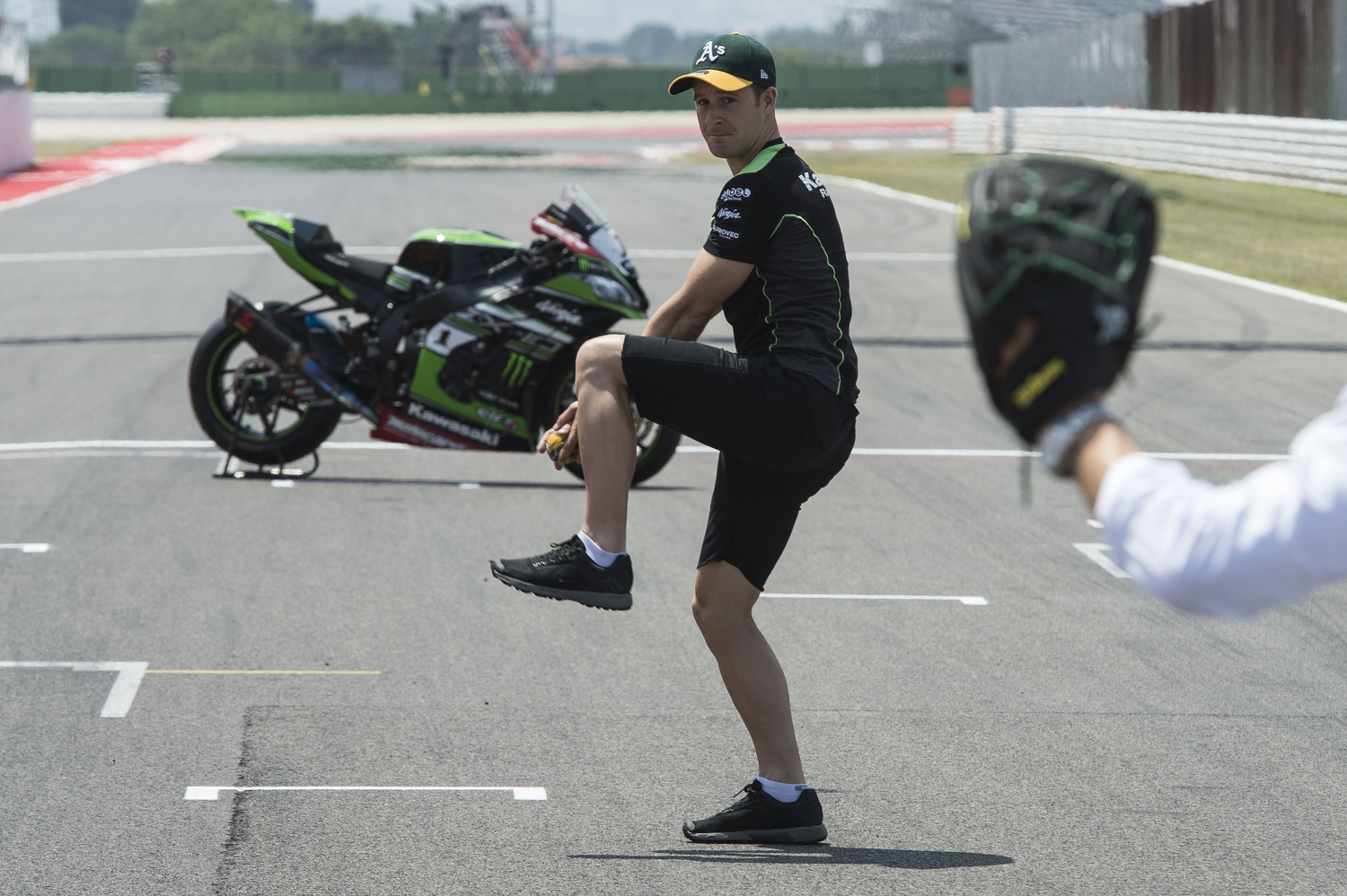 Round eight of the 2017 FIM Superbike World Championship will get underway at Laguna Seca on Friday 7th July with double world champion, and current championship leader, Jonathan Rea aiming for more success at the 3.610 km venue near Monterey in California.

So far in 2017 Jonathan has notched up 8 victories and forged ahead in the standings, holding a 50 point lead over Kawasaki team-mate Tom Sykes.  Rea has good reason to look forward to this weekend’s races as he has taken victory at Laguna Seca before.

The WorldSBK series returned to the Californian venue, famous for it’s daunting Corkscrew corner, in 2013 after a number of years absence.  JR missed that return event due to injury but since 2014 he has reached the podium on each visit, taking an outright win last year in race one.

Prior to the race weekend Jonathan will be welcomed by almost 50,000 fans in the Oakland Coliseum, home to the Oakland Athletic’s Major League Baseball team, where he will have the honour of throwing the first pitch in their game against Chicago White Sox on Wednesday afternoon.

Free Practice at Laguna Seca will get underway at 09:45 (GMT -07:00) on Friday.  Superpole Qualifying begins at 11:00 with race one shortly after at 14:00 on Saturday.  Race two will take place at the same time on Sunday.

Jonathan Rea, stated: “After Misano I enjoyed some time camping with my family and also got together with the whole KRT team in Ibiza for some fun. I’m really looking forward to Laguna Seca this weekend as it is one of the most iconic circuits in the world, and one that I really enjoy. Our Ninja ZX-10RR has been working very well so far this season so I am confident we can find a good feeling when we hit the track in FP1 on Friday. Last year I was able to win my first race at Laguna and this time the target is to repeat that in both races. The American fans are very passionate about WorldSBK and the atmosphere around the paddock is something that I really enjoy. We are now past the halfway point of the season and I am focused on this next block of races, just to be as strong as possible and go into the summer break satisfied with our work so far.”