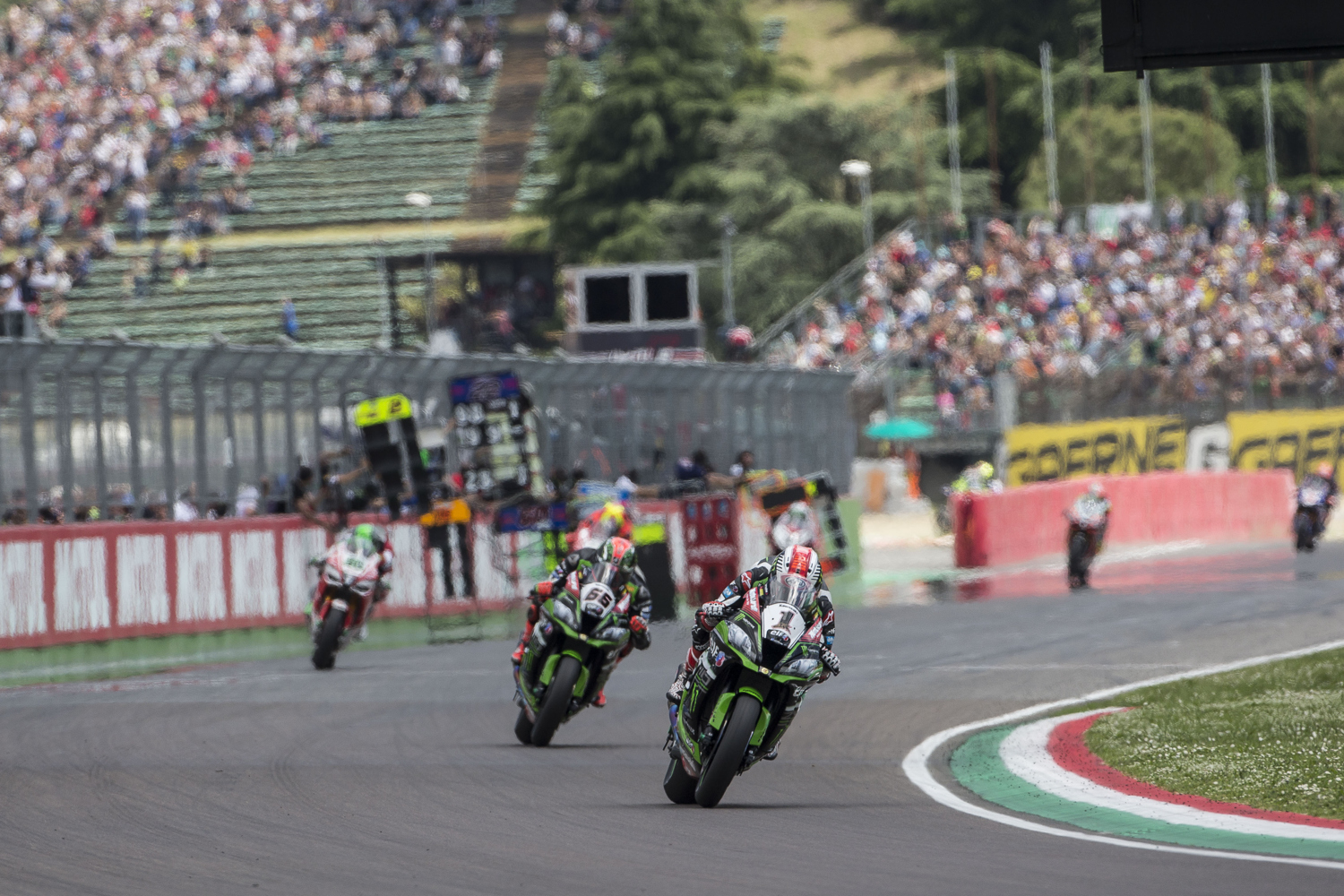 Reigning World Champion, Jonathan Rea, brought his Kawasaki Ninja ZX-10RR home in second place today at Imola in a race that was shortened after a red flag incident.  Rea was sandwiched between the Ducati pairing of Chaz Davies and Marco Melandri when the race was halted after 13 of the schedules 19 laps and the final result was declared with Davies taking the win.

Earlier in the day Jonathan had qualified third in Superpole behind team-mate Sykes and pole sitter Davies.  He was confident of securing a podium spot in WorldSBK race one and after completing the opening laps of the race in third he passed Melandri on lap five but could not match the pace of Davies in the lead.

With the red flag coming out after another competitor suffered a crash as the leaders started lap 13 the result of the race was taken on the riders positions on lap 12.  The second place secured 20 more points for Rea in the championship standings and with race two scheduled for the same time tomorrow there is another opportunity to consolidate his current overall lead.

Jonathan Rea, stated: “In previous races I felt that if they could go faster I could go faster, that there was a little bit left in my pocket. This race I felt I was riding at the limit of my package a little bit. I had better front end stability for sure today after we changed the geometry to give me more confidence in hard braking and trail braking. This is one of the hardest stop-and-go circuits on the calendar. We struggled last year and it was a relatively difficult race again today. But to only lose five points to Chaz, and increase my championship lead - it was a good day. I am sure the new grid procedure will throw a different kind of race tomorrow, as I will be starting from eighth place on the grid.”