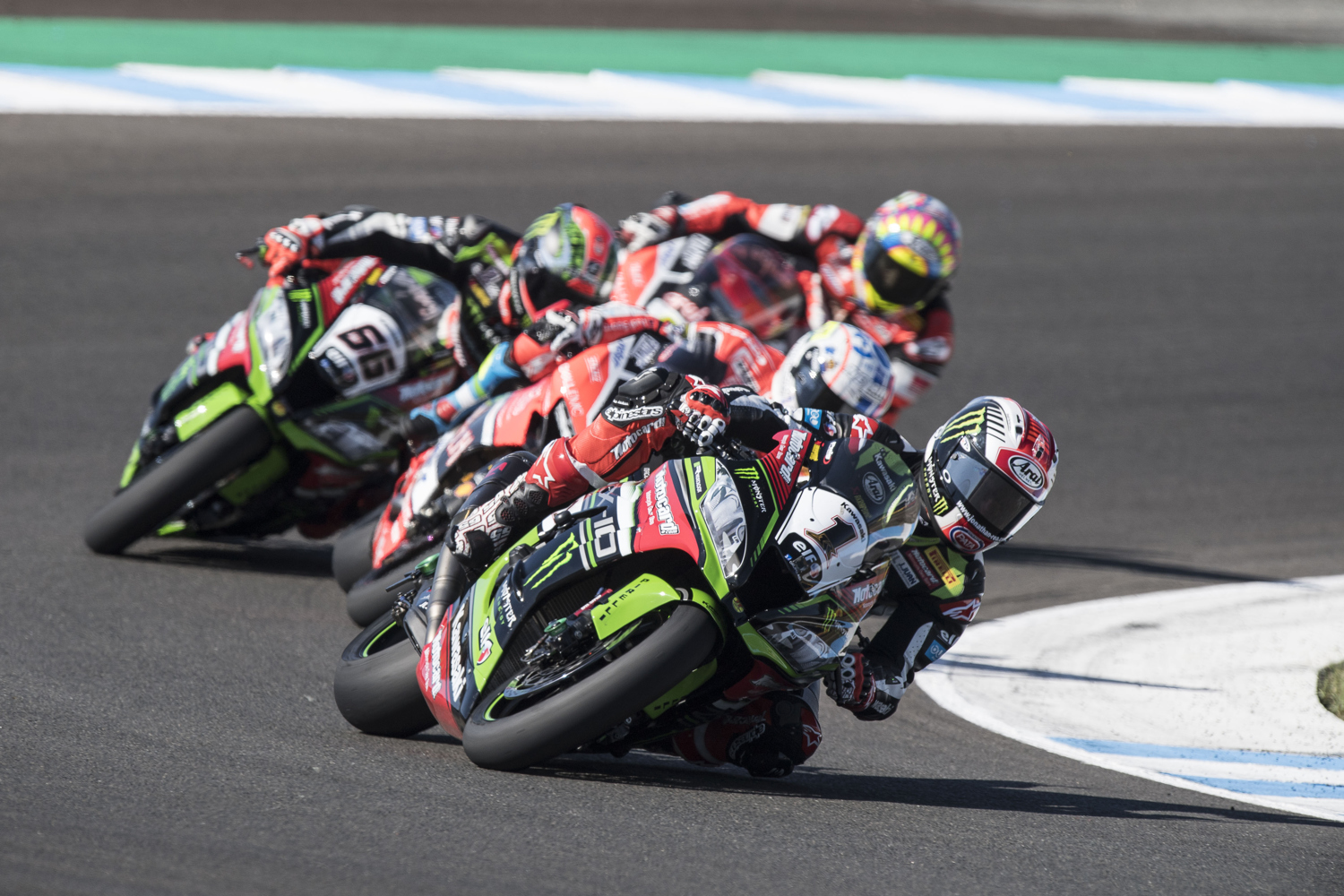 An incident that saw two riders crash out on the first lap of the original race start brought out the red flags and the race was subsequently restarted, over a shortened distance of 19 laps.

Having finished second in Superpole Rea was in contention for the race win from the start, taking the lead for six laps before Marco Melandri (Ducati) came past.

Getting involved in a fight with Davies for a time in the mid-section of the race, Rea eventually got free and started to pursue Melandri again. Rea was gradually gaining ground as the race unfolded, with both he and Melandri setting lap records on the new Jerez track surface.

After Melandri’s bike experienced a technical issue Rea re-took the lead and won by just over a second from Davies, his first ever WorldSBK win at the 4.423km Jerez circuit.

Sunday’s race, again scheduled for 13.00, will now see Jonathan start from the third row of the grid, as the race one winner.

Jonathan Rea, stated: “So, so nice to tick that box for a Jerez race win. I really wanted it, even before the problem for Marco. I was riding way over my limit to try to chase Marco down. The gap was slowly coming, some laps not changing, but tenth by tenth I was getting excited. In the end he had a problem and I am really sorry for him because he did not deserve that. We both deserved to be able to fight to the end. I was trying to manage the race a little bit in the beginning because I did not get a long run in yesterday, after my big crash, so I was not sure how the tyre choice we made was going to play out. Arguably, I gave up too many positions when Marco came past but in the end we go it done. I went all in to that race. With the position we now have in the championship I went in over my head - but it was fun to ride like this.”