Jonathan Rea Wraps Up Momentous Season At Aragon and Jerez. 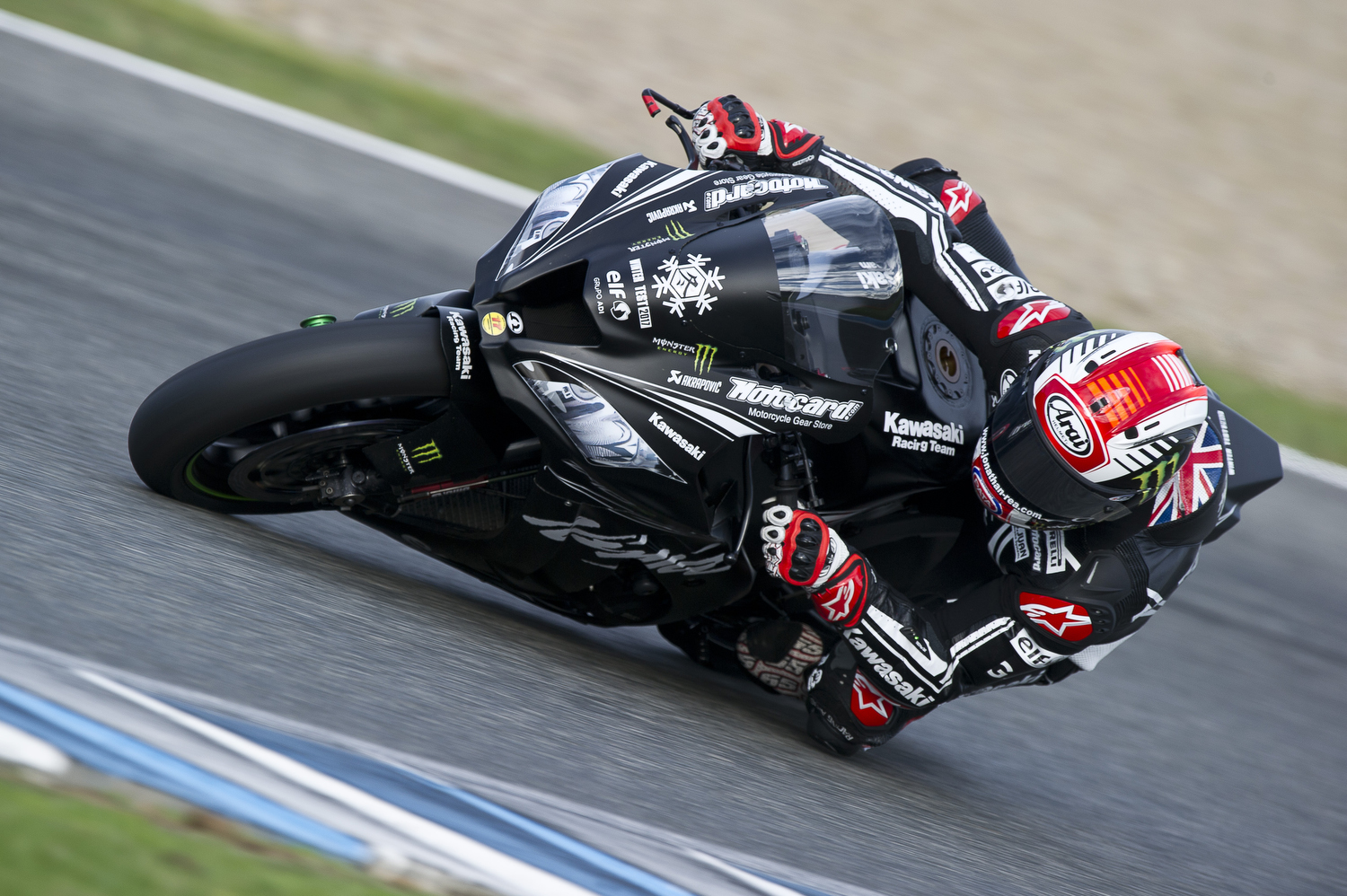 Newly crowned FIM Superbike World Champion Jonathan Rea along with Kawasaki Racing Team have wrapped up the 2016 season with a brace of winter tests at Motorland Aragon and Jerez.  Testing the 2017 Ninja ZX-10RR, which Jonathan helped to launch earlier in the month, he and the team began to lay the foundations for his title defence next season.

In the period after the last race at Losail in Qatar, Jonathan has had a punishing schedule.  He first visited the EICMA Motorcycle Show in Milan, Italy before heading to the United States to help celebrate the 50th anniversary of Kawasaki USA at a weekend event in California.

From California it was straight to Motorland Aragon to get back on track to begin testing for the 2017 season.  The first day of testing at Motorland proved frustrating as the team worked through getting a good technical set up with the new Ninja ZX-10RR.  The next day was more productive and Jonathan completed his full testing schedule, learning the characteristics of the new machine within the limits of the 2017 WorldSBK technical regulations.

“The base bike was working quite well here and the track was in quite good condition on both days. We lost a bit of time on day one but on the second day we got really stuck into our test plan. Kawasaki has been working hard on the engine side and we had some upgrades on the chassis, which were positive. Showa have been working well and brought a new shock and forks to try. We are pretty happy and we can continue our work on the suspension side in Jerez next week. On the engine side we have been much more consistent than we have ever been here with race tyres. We were able to do a lot of laps today and it was a very encouraging test.”

From Aragon it was straight to the UK for a one day visit to Motorcycle Live in Birmingham before returning to Spain for a full week of testing at Jerez.

The team had a big schedule for the test at Jerez with some new components to use as well as some changes in set up strategy.  However, Jonathan didn’t undertake any comprehensive work until day two after it rained for long periods on the first day.

By Thursday, the fourth day at the track, Jonathan was feeling more confident with the new ZX-10RR and the set up he had found.  In a race simulation he lapped at 1m 39.5 pace which was over a second faster than the pace of the race in October.   Using a qualifying tyre JR posted a time of 1m 38.721 which was faster than the outright best lap for a WorldSBK machine at Jerez, and indeed was the fastest time of the test overall which include a number of WorldSBK teams as well as some of the top MotoGP teams and riders.

With the 2016 now finally at an end Jonathan has one more official engagement this weekend in Berlin, Germany at the FIM Gala Dinner, with all other motorcycle world champions.  It will then be time to relax and celebrate the championship victory with a reception in his natural home of Northern Ireland before a well earned rest until the end of January 2017 when the work resumes with the first test of the year at Jerez again.

Jonathan Rea, stated: “It has been a very successful test with three days of very consistent weather. We also got a morning of wet conditions in which we confirmed a few things, especially a new Showa rear shock. I have to thank all at KRT for giving us this long test and KHI for bringing some extra engineering staff. Thanks to Showa for continuing to develop new parts for us and bringing them to the track. We did two race simulations on Thursday that we were very happy with. We can go into the winter in great shape and with a lot of confidence for next season. Having the new Ninja ZX-10RR has let us fix some of our weaker points, as our engine is a little bit stronger than before, with some extra RPM. That is always an added bonus. We can be optimistic for 2017. Looking back on 2016 it has been an incredible year to finish off here with a successful test I want to say thanks to all my team and all my crew, everyone inside KRT and KHI for these last few days.”