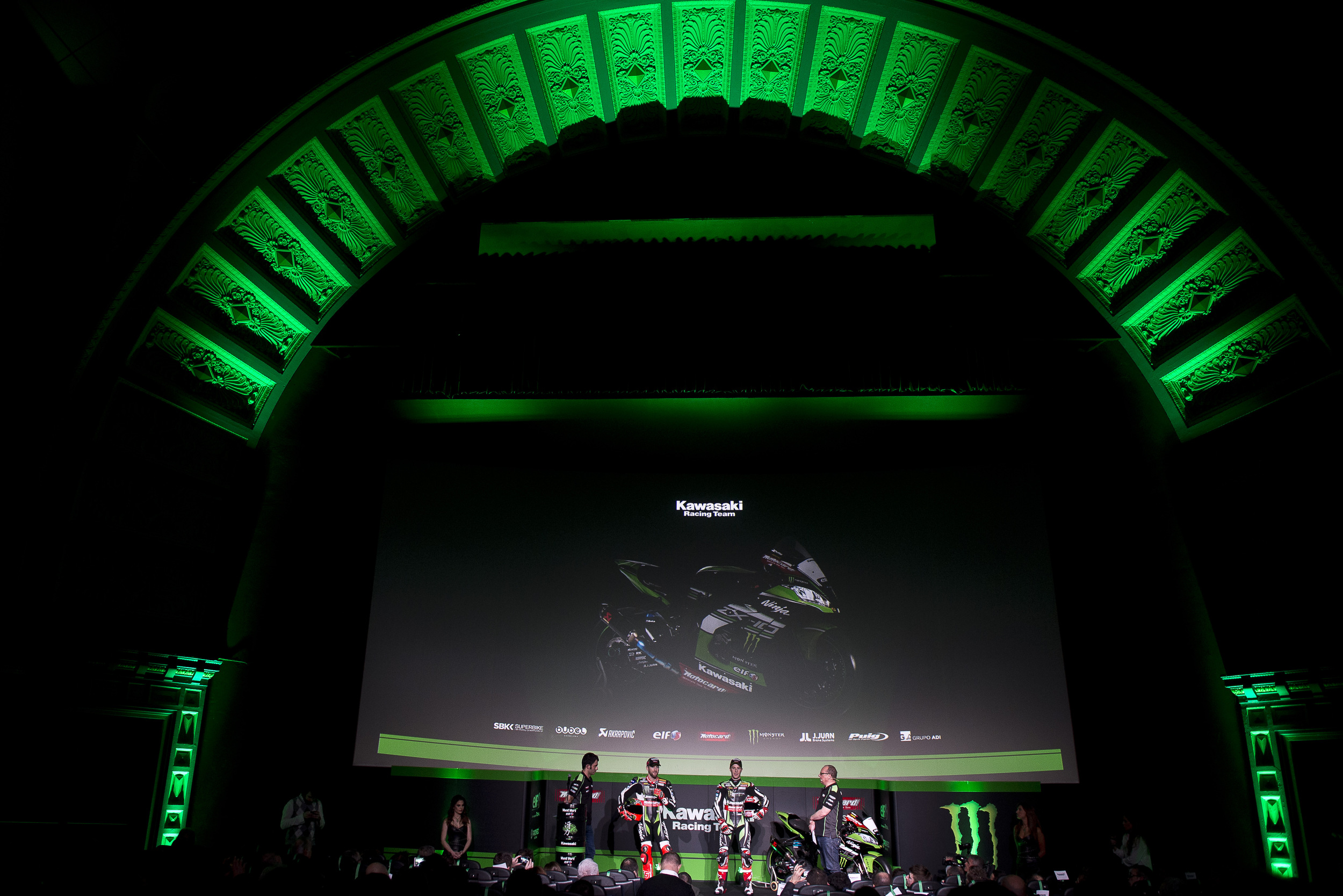 Jonathan Rea and Kawasaki Racing Team were joined by a host of guests and the media at the Cinema Comèdia on Passeig de Gràcia in the centre of Barcelona this evening.   The special event  saw the unveiling of the 2017 Kawasaki Ninja ZX-10RR race machine that will spearhead Kawasaki’s challenge in the FIM Superbike World Championship this year.

With the concept of “KRT ReBoot” the team celebrated the fantastic 2016 season where Jonathan secured his back to back world title before the 2017 race machine was presented to the awaiting ‘cinema goers’.

Jonathan, along with team-mate Tom Sykes were then presented to the audience before meeting the media.

Jonathan will now leave Europe and head back to Australia to be re-united with his family and put the finishing touches to his preparations before taking to the track in just over a week’s time.  Testing at the Phillip Island circuit will take place on the 20th and 21st February ahead of the first race of the season on 25th and 26th of the month.

Jonathan commented:  “It’s so cool to be here in the centre of Barcelona for a team launch.  For the last few years KRT have made a big investment with the team launch but this year it has gone out of the park to come to a cinema right in the centre of Barcelona on Passeig de Gràcia. It is also nice to get into my new Alpinestars leather suit and feel that excitement that the season is really starting after all our hard work in the winter tests.  I am now really looking forward to finally get the season underway in just less than two weeks time”