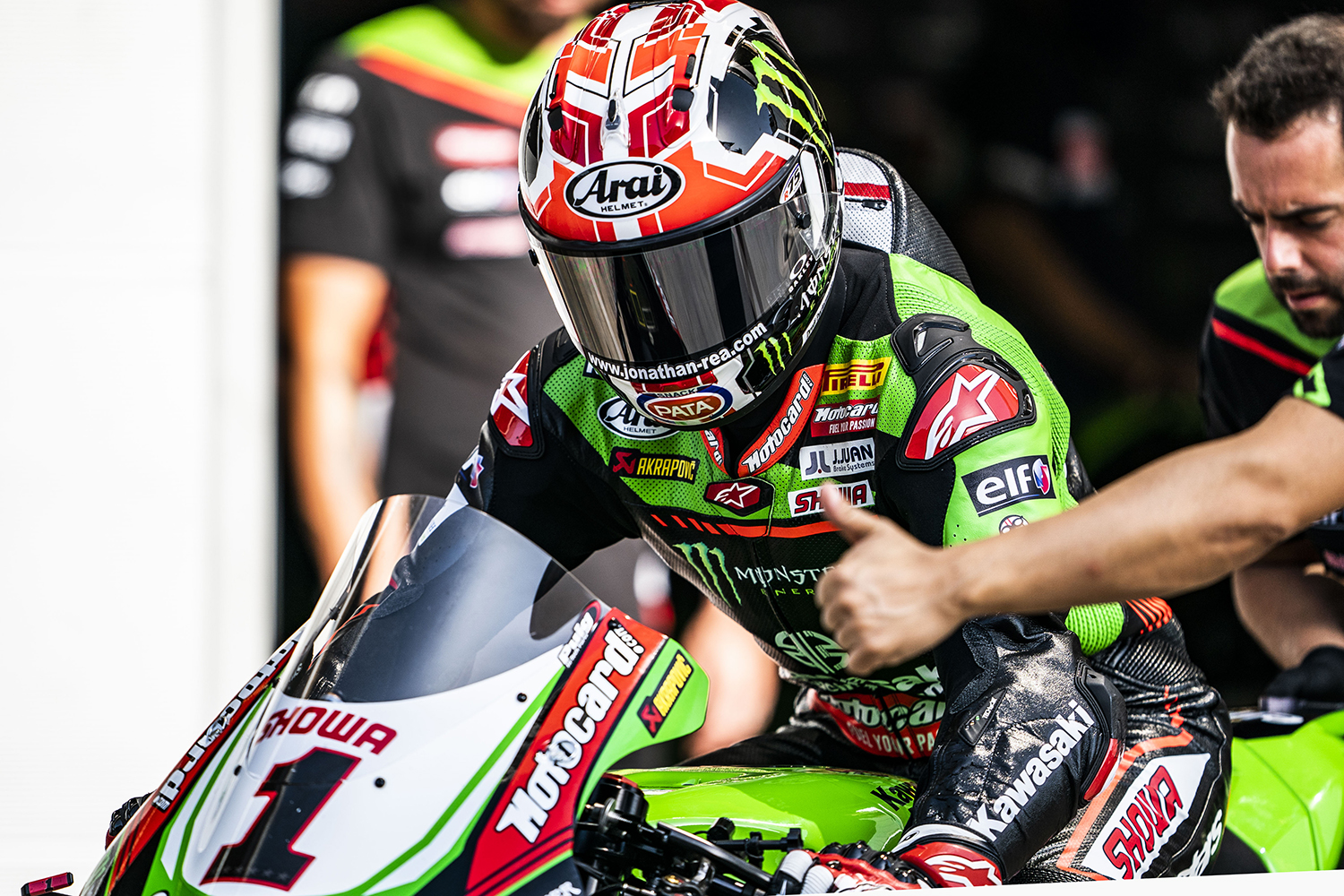 Jonathan Rea will begin an unprecedented run of three consecutive WorldSBK rounds this weekend, starting at Kawasaki Racing Team’s home event at the Circuit de Barcelona - Catalunya, between 17-19 September, before events at Circuito de Jerez and Autodromo do Algarve in Portugal end the European leg of the season.

A truly thrilling and unpredictable 2021 season so far has seen the championship lead contested throughout, with Rea fighting each weekend to try and make it seven championships in succession come the end of the year. Jonathan comes into this weekend sitting in second place in the overall standings and is looking to overturn a seven point championship disadvantage to Toprak Razgatlioglu (Yamaha) at the top of the table

Rea has scored nine race wins already in 2021. He was also the first ever WorldSBK Race winner at Montmelo last year when the long-term MotoGP circuit was used by WorldSBK as a competitive venue for the very first time.

A recent mid-season test session at Catalunya, in generally hot conditions, was of great benefit to Jonathan and gave him the chance to ride on the slightly revised Catalunya track layout, which features modifications at Turn 10 compared to the 2020 version.

The weekend race schedule has been revised for the Barcelona - Catalunya round. WorldSBK Race One takes place in its regular 14:00 (GMT +2) time-slot, as does the  ten-lap Tissot Superpole race at 11:00 on Sunday. However, the full-distance Race Two now starts at later-than-usual 15:15 on Sunday afternoon.

Jonathan Rea said: “It’s exciting to go back to Barcelona, for many reasons. I had a win in the first ever WorldSBK race there last season and Montmelo is the team’s home round. I spend a lot of time there and even during these covid times we will have a lot of guests and sponsors there, so it will be even more important to be at 100% to do the best job we can. The circuit’s really nice, I really enjoy it, especially the new Turn 10, which is much more open than the past and the track has more flow now. We have tested there in the summer and we were able to make a good step with our Ninja ZX-10RR. It is a circuit that is very critical for tyre wear, so we need to focus on that to be strong at the end of the race. I feel good with our bike and I was able to fight in Magny Cours for the podium and in Barcelona the target will be the same. The championship is very close and now we have three rounds in a row, so it is so important to be strong - but also to be consistent and make no mistakes. What happens in these next three weeks will have a big impact on the championship, so I am super-excited to get going.”