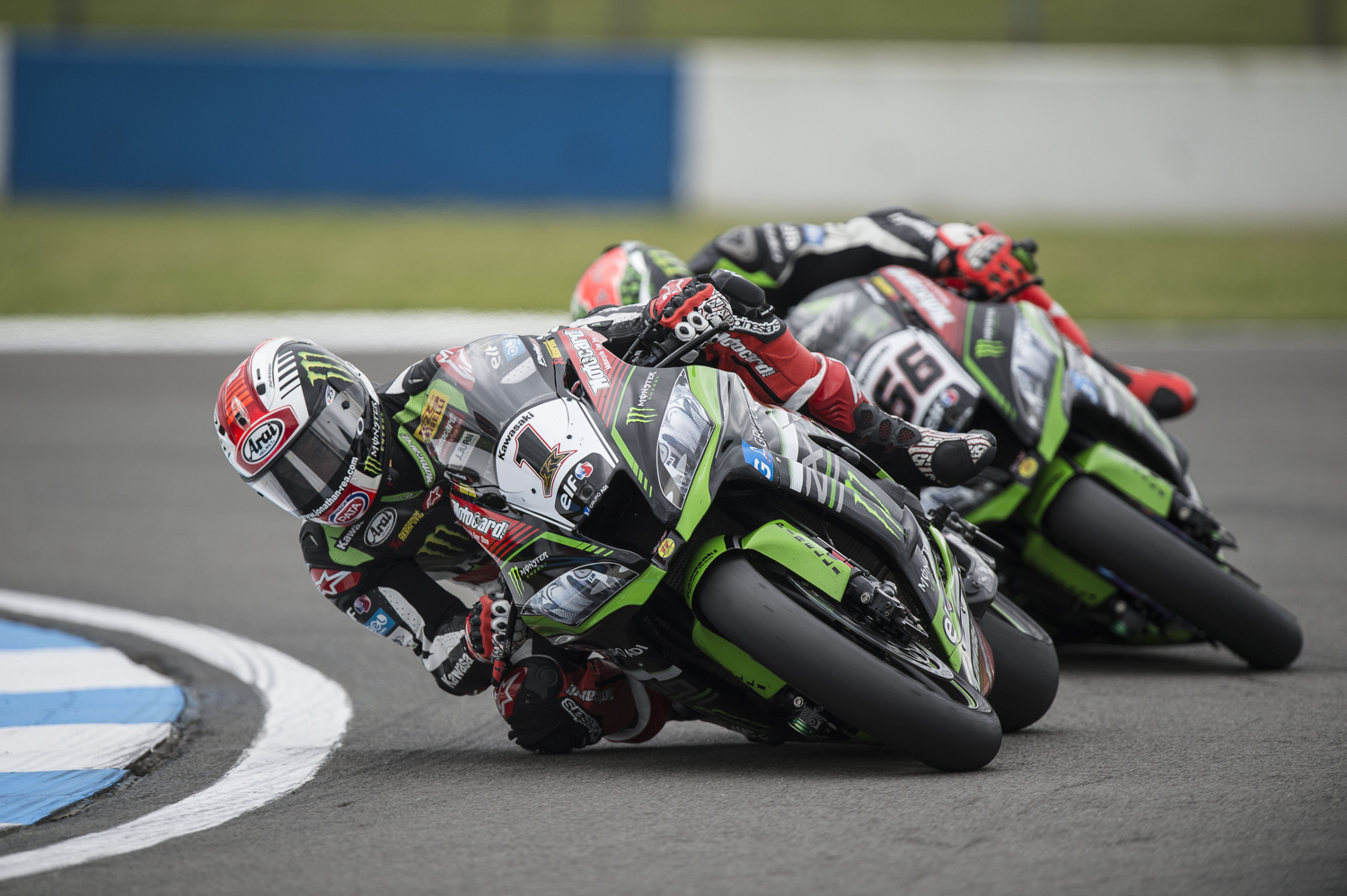 Jonathan Rea is hoping for better fortunes in tomorrow’s WorldSBK race at Donington Park after he crashed out of race one today whilst holding second place.  Rea had led the race for a number of laps after early leader Chaz Davies (Ducati) had crashed himself.  Kawasaki team-mate Tom Sykes was the eventual winner from Leon Haslam (Kawasaki) and Alex Loews (Yamaha).

Earlier in the day Jonathan had secured a second place grid spot behind Sykes during Superpole qualifying and after the opening laps of the race he was running in second behind Davies.

Towards the end Sykes began to put pressure on Rea and the pair swapped the lead on more than one occasion. Sykes had taken over the lead when Jonathan felt a vibration coming from the Ninja ZX-10RR race machine and he chose to back off and race to the finish.  However, with three laps to go he was to crash at high speed as the rear tyre lost pressure.

Jonathan now leads the Championship by 50 points but with one more 23 lap race to go tomorrow he will be hoping for a strong finish to keep up his strong title challenge.

Jonathan Rea, stated: “It started with a vibration and for sure there was some kind of problem. About a lap before Tom passed me I started to get a lot of vibration entering the corner off the gas. I had a lot of chatter from the front and the rear. When Tom passed me it started to get worse and worse. All I was thinking about was to finish the race and get some points. In hindsight I should have pulled over because I would have saved my bike because it was completely destroyed. The team will have to build me a new bike for tomorrow so that is frustrating for the mechanics as well. I am really disappointed, to be honest.”