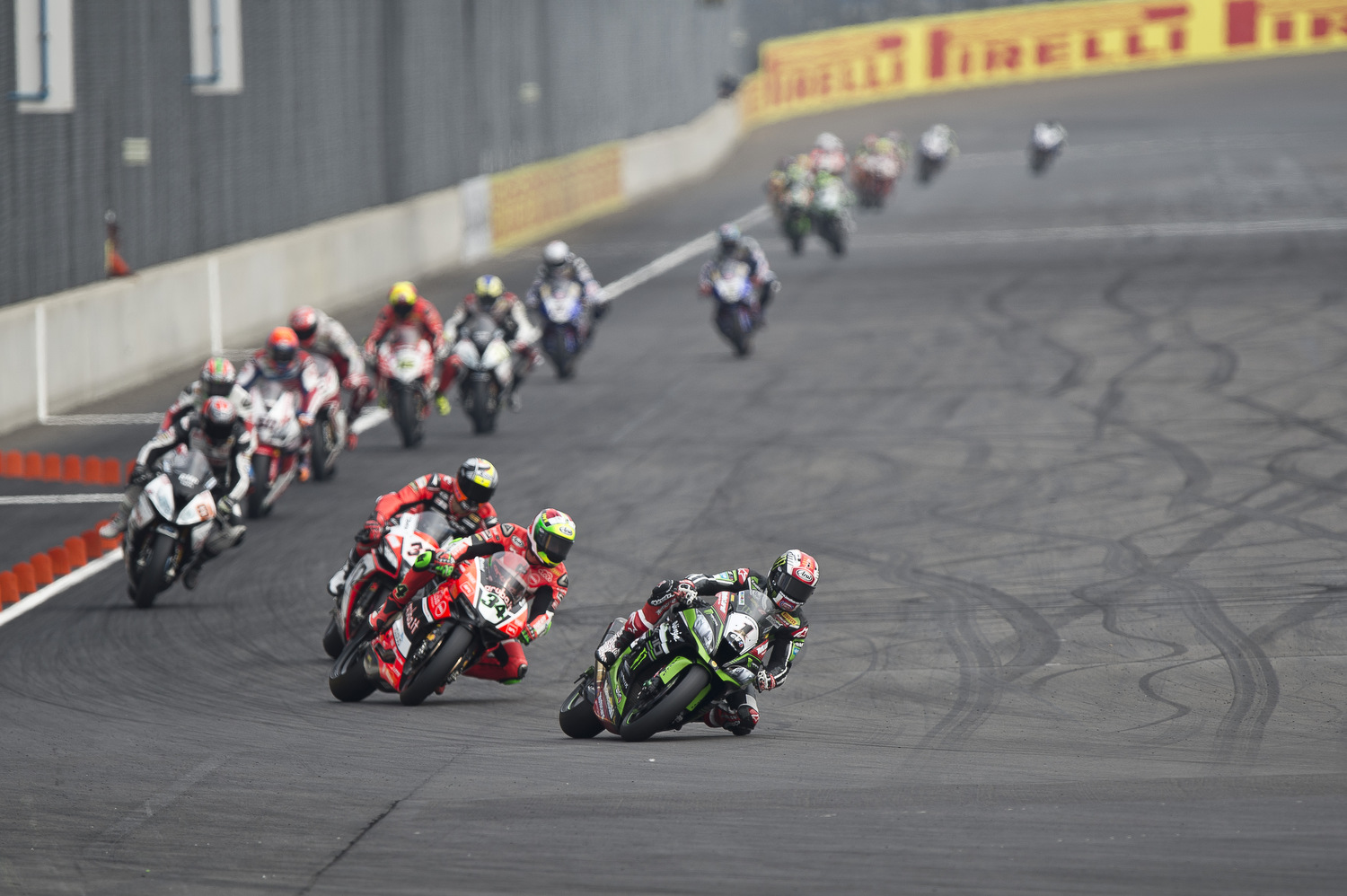 Jonathan Rea experienced disappointment today in race one at Lausitzring when he crashed out in the early part of the race whilst lapping in third place.  The race was won by Chaz Davies (Ducati) with Rea’s Kawasaki team-mate Tom Sykes finishing in second place.  With race two taking place tomorrow, Rea still has a commanding 26 point lead in the overall standings.

Rea had endured a difficult two days since arriving at round ten of the FIM Superbike World Championship at Eurospeedway Lausitz in the far east of Germany.  Missing some outright speed in Free Practice he had to enter Superpole 1 on Saturday morning for the first time since the new qualifying format had been introduced.  Early morning rain was beginning to dry and it meant conditions were far from ideal but Rea made it through to Superpole 2 and a final grid position of sixth.

The race started in dry conditions and Rea made a blistering start, moving up to third place by the first corner, behind team-mate Sykes and Davies.  However, on lap seven, gearshift problems with his machine caused him to crash.  Rea rejoined the race but a few corners later it was evident he couldn’t continue.

With race two of the event taking place tomorrow it will give his pit crew time to rebuild the Ninja ZX-10R race machine and iron out the problems that were experienced today.

Jonathan Rea, stated: “It is a very disappointing way to end the first race. After a difficult start to the weekend we had been managing quite well. I had a good start and settled into a rhythm behind Tom, but Chaz Davies’ pace saw him in a different race. I found a false neutral entering turn 10 and tried to get it into first gear before the corner. Right at the exit of the track it went into first gear and highsided. I was not injured in the crash. This is the first time that my Alpinestars air-bag race suit has been called on to go off, so I was happy to be protected by that. Yesterday we did not have the pace but we made changes today. Now we will think about what we need to do to improve the bike a little again tomorrow. I need to understand what the bike needs now, especially under acceleration. It is a frustrating way to end the fist race day but we still have the championship lead, which is important. We will come out and fight another day.”