Minister Races To Stormont to Honour A Champion 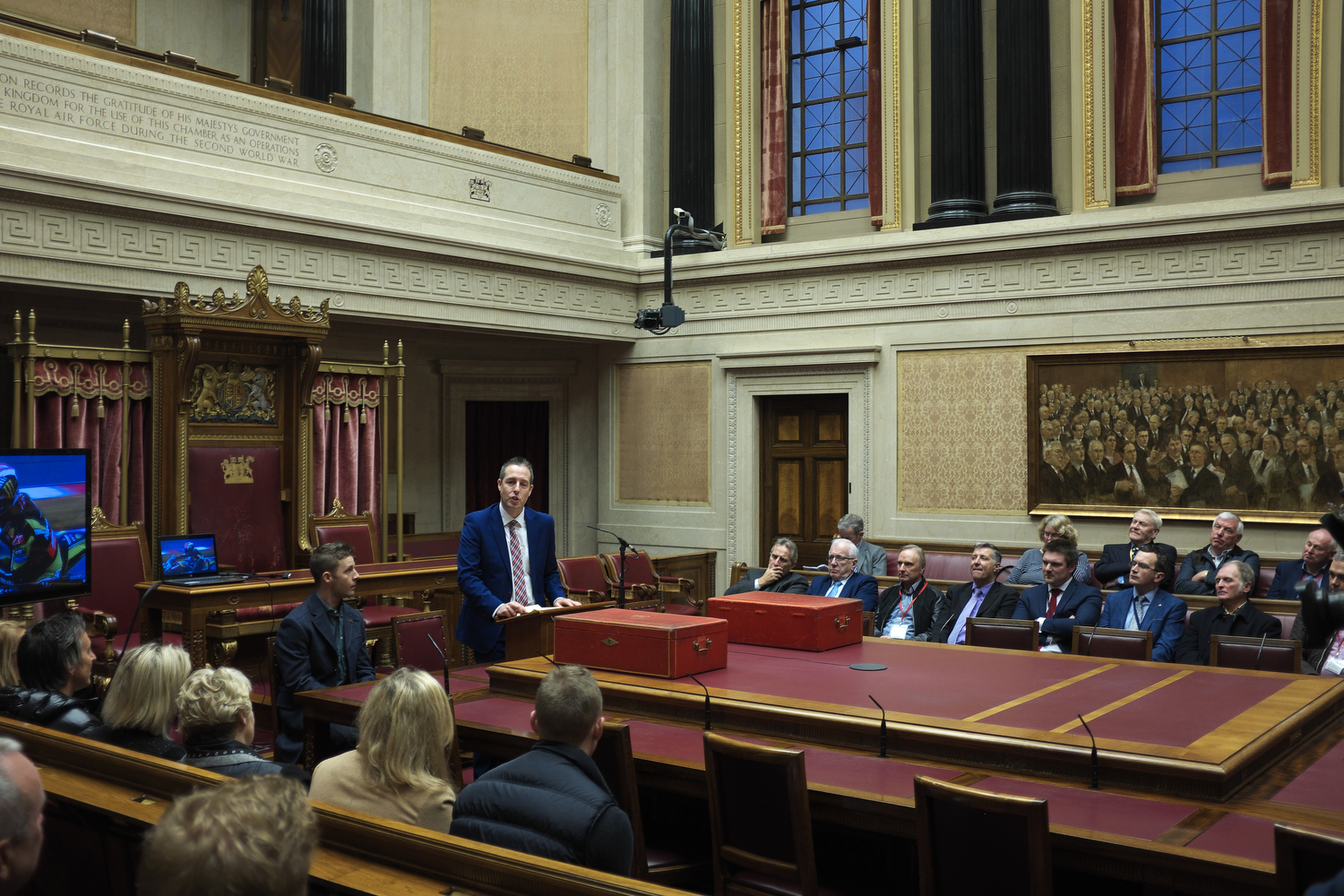 Jonathan Rea was the guest of honour at the Northern Ireland Parliament Buildings today where Minister for Communities, Mr Paul Givan MLA, hosted a reception to recognize the achievement of the double World Superbike Champion.

The reception, held within the Parliament Chambers, was attended by a number of elected Members along with Jonathan’s family and some of his friends.

Mr Paul Given MLA said:  “It is a pleasure for me to celebrate Jonathan’s success in winning back to back World Superbike titles. Jonathan is the first rider since Carl Fogarty in 1999 to win successive World Superbike titles. In order to win a world championship, a rider needs fantastic skills levels but also drive, determination, commitment and a strong nerve! Jonathan has certainly demonstrated this on numerous occasions and for him to win back to back championships is an incredible achievement. I would also like to pay tribute to Jonathan’s family and his team who provide him with the support he needs to go out racing every day. Jonathan, like so many other great sports men and women from Northern Ireland, is a great role model for so many. I believe that motorsport has a rich history in the province and attracts a significant following of enthusiastic supporters and it has produced some of the finest racers in the world. I am a major supporter of motorsport and in order to improve safety across motorsports I have allocated funding for safety works and equipment which will benefit the sport. I wish Jonathan a continued and safe and successful career and here’s to the 2017 season.”

Jonathan Rea said: “I’m very grateful that my achievements have been acknowledged but the highest level in Northern Ireland. Growing up in Northern Ireland and racing schoolboy motocross here, truly gave me a springboard to go on to achieve my dream of being World Champion. Coming back home, after winning back-to-back World SBK Championships makes me very proud to represent Northern Ireland at the highest level. Motorcycling has always had rich history in this country, it’s an honour for me to fly-the-flag knowing that I have so much support here. Looking back from when I first starting riding motorcycles, I would like to thank all those who supported me from the beginning, from volunteers at local MX tracks, to the media who have followed my journey, and the fans who’ve supported me all the way. The biggest thanks has to go to my family, who have sacrificed everything to get me here today and to my wife and kids, thanks for going all-in to the dream with me.”