Mixed Day For Rea At Most 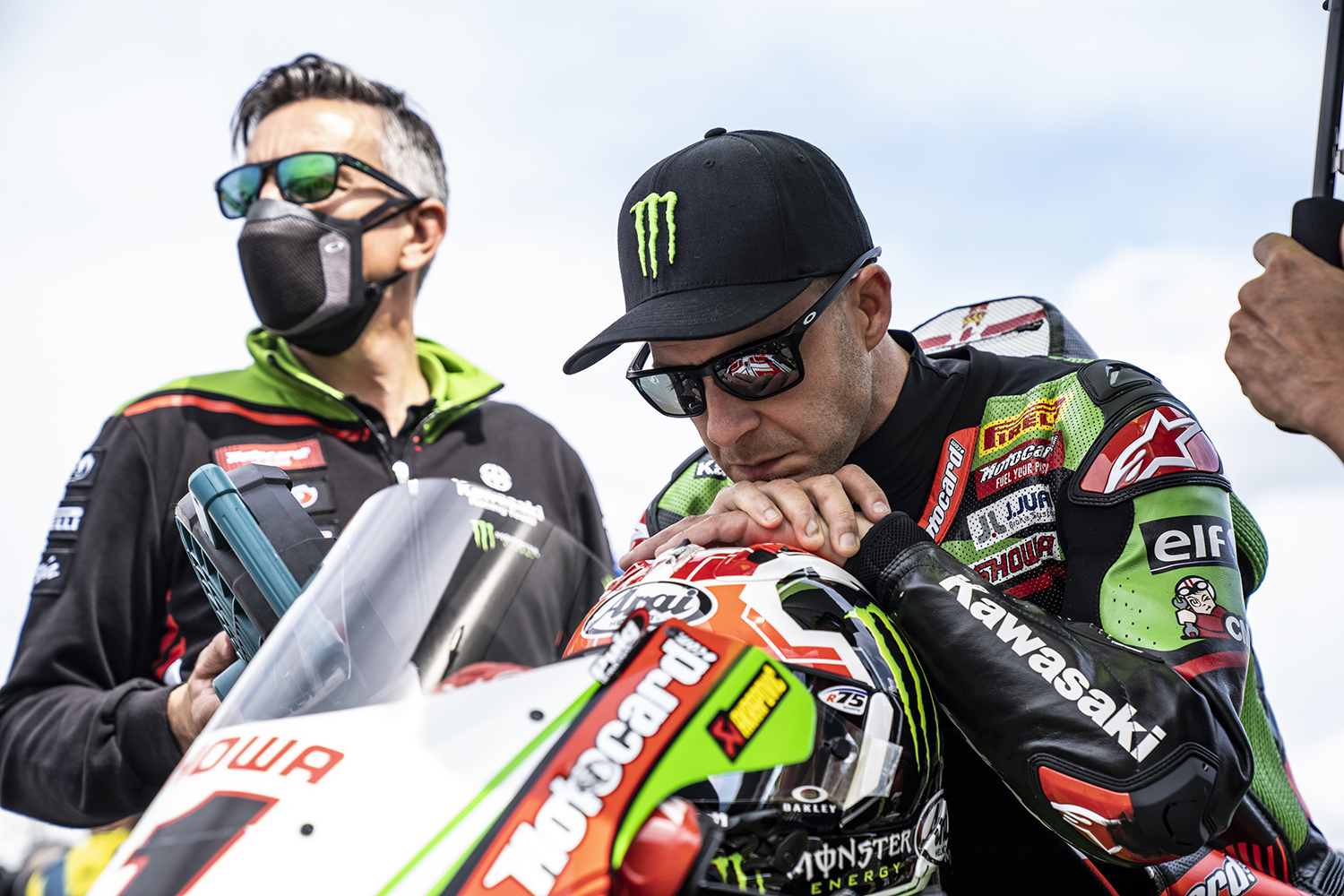 Jonathan Rea was left frustrated after WorldSBK race one at Autodrom Most in the Czech Republic after crashing out of the race on lap 18 of the scheduled 22.

Jonathan had started the race from pole position continuing his remarkable form in qualifying this season by being the fastest rider in Superpole qualifying for the sixth race in a row.

In the race Rea was in contention for a podium finish after some close battles with eventual race winner Toprak Razgatlioglu (Yamaha) and second place finisher Scott Redding (Ducati). Entering the very slow first chicane Rea was to fall, without injury, and get restarted in 11th place.

Despite parts of his bike being bent in the crash he returned to action but he was to fall again, entering Turn 20, on lap 18 of 22. This time there could be no restart to fight for more points and was forced to retire.

Jonathan Rea, stated: “I am perfectly OK after today’s falls. In the first crash going into the chicane I was just about on line but it was very strange because I crashed early on the bumps. It seems like a similar crash to the one I had in Donington. The bike was quite bent but I could see after I had picked it up I was in 11th place - so in a points scoring position, I was just riding around. Honestly, I do not know what happened in the penultimate corner. I was concentrating on what I was doing, not pushing super-hard and I just crashed. I was doing everything OK and then I was in the gravel. I am just frustrated with the outcome. In Superpole I had lost a bit of time early in my best lap and I knew I really had to put the last two sectors together. That last sector has been a strong point for us all weekend so I knew if I was calm and hit my points on the track it would be good enough for the front row, but maybe not pole.”