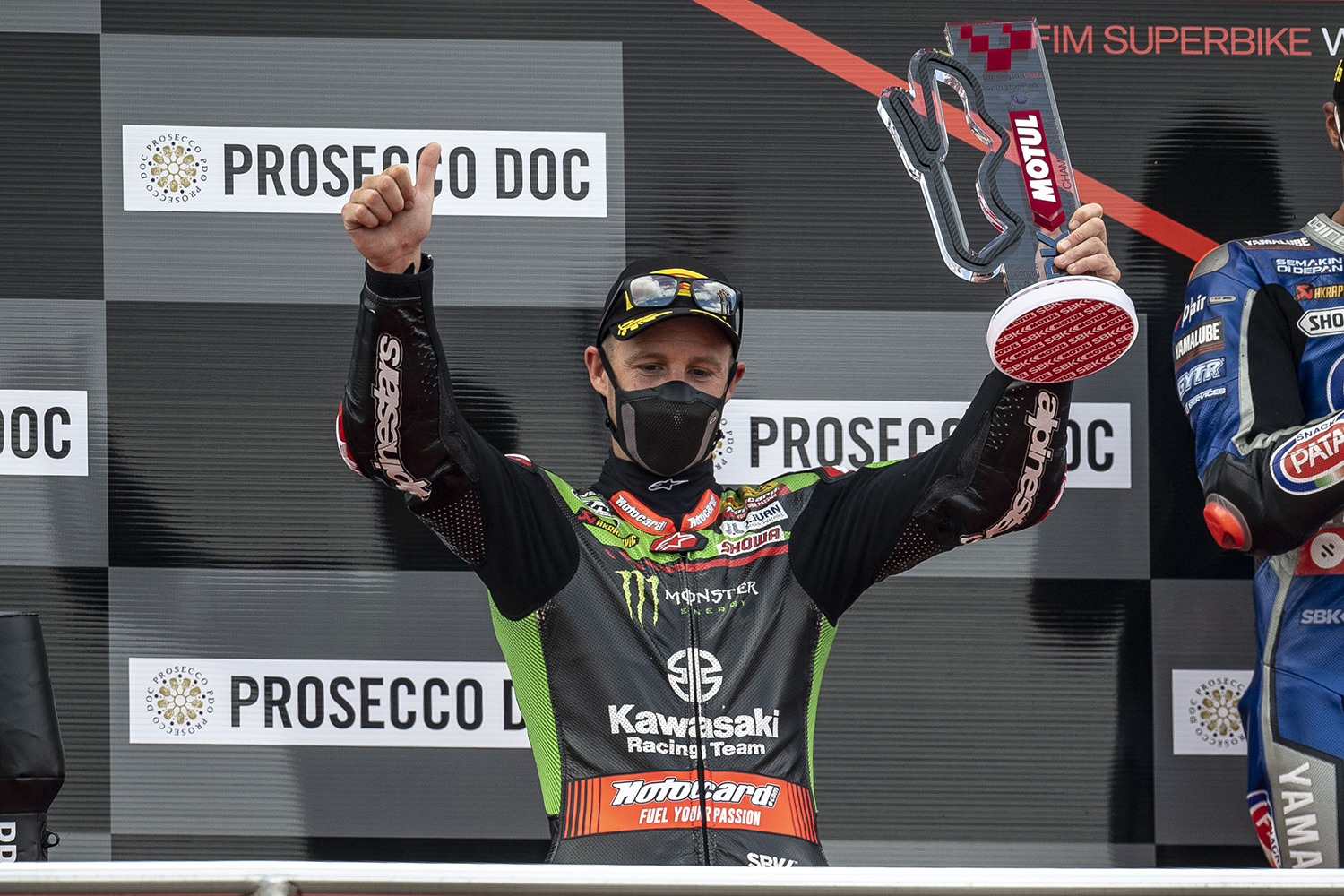 In the fully wet FP3 session held early on Saturday morning Rea was fastest as the weather conditions changed completely from Friday’s dry and warm start. In Tissot Superpole Rea was an impressive winner of a wet final grid position contest, making it four Superpole wins in 2021 so far.

Race One delivered drama from the start after all riders opted for slick tyres on a slowly drying track surface. This led to many early difficult moments for all and a few high profile falls.

Early leader Rea ran off track as he tried to keep eventual race winner Toprak Razgatlioglu (Yamaha) in his sights, but he rejoined. Rea kept his second place on track after his long excursion down the hill at towards the Old Hairpin. He began to reel in Razgatlioglu for a time but was unable to make up enough ground and finished second, for his tenth consecutive podium finish of the year.

Jonathan Rea said: “I was actually struggling quite a bit to be there at the front. The bike set-up compared to yesterday was not great and I don’t know if there was a lack of grip because the rain washed some tyre rubber out from the track surface. But I struggled to stop the bike and at full lean angle. It wasn’t turning the same. We had a bit of a compromise for set-up but nothing too drastic. Fifteen minutes before the race we were still wondering ‘would it be fully dry, should we use intermediates, or a normal race set-up?’ I got a good start but I was worried about somebody coming underneath me into Turn One because there was only one tiny, tiny dry line. I led the first lap then Toprak came past. After that I got unsighted at the top of the Holly Wood section and really lost the rear, quite aggressively. From that point I was nervous to go off the line and I was having quite a few moments as well because Toprak was riding away but I did not want to give up. I wanted to keep pushing.”