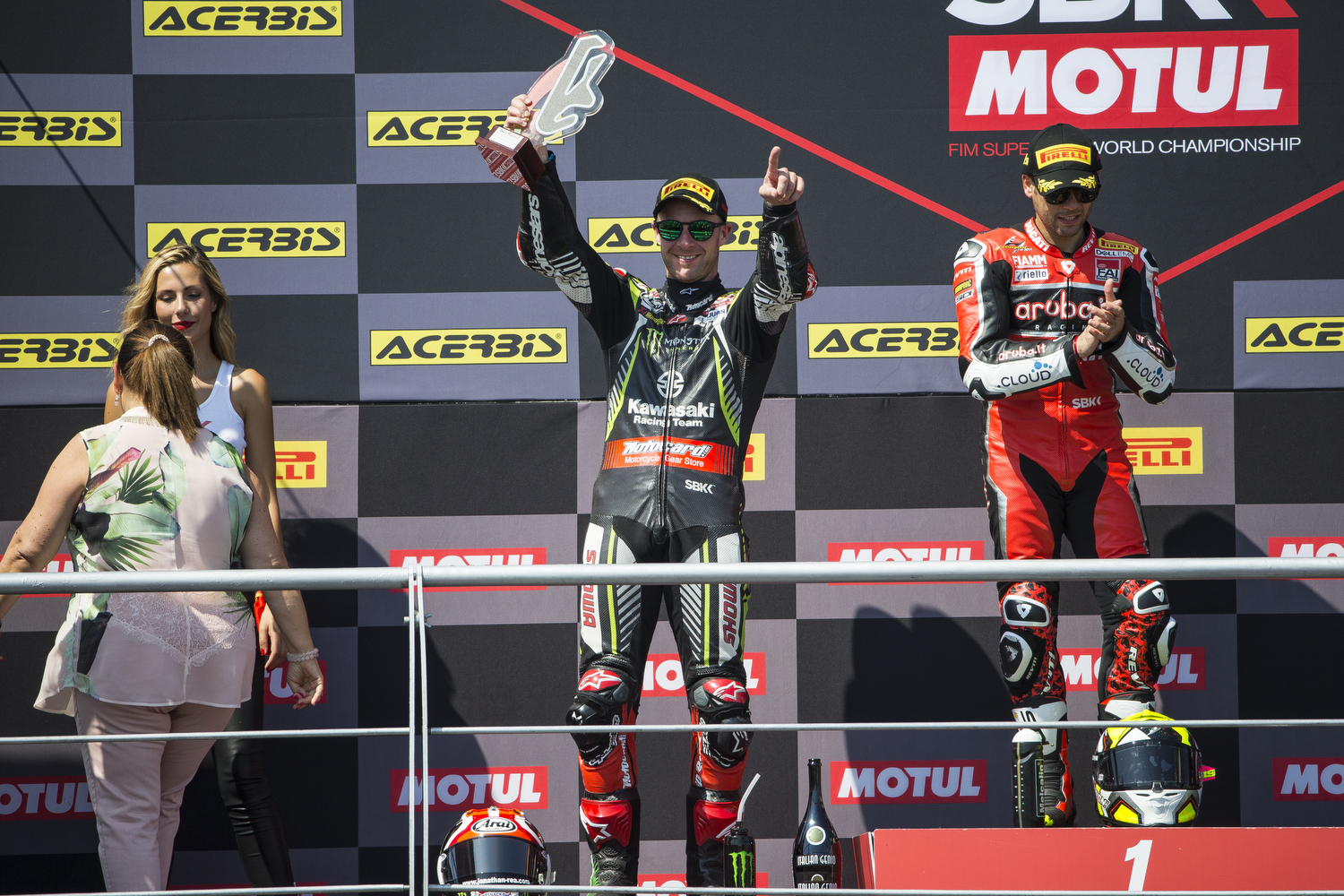 Jonathan Rea left Portimao, round ten of the 2019 FIM Superbike World Championship, with two race wins and a second place finish to extend his championship lead.

After his win in Race One on Saturday Rea got today’s action off to another victorious start. In the ten-lap Tissot Superpole race he enjoyed a start-to-finish win, with his championship rival Alvaro Bautista (Ducati) eventually second.

Rea’s pole position was turned into an immediate advantage as he pushed on remorselessly to take the victory and a new lap record of 1’41.272.

In Race Two a five-rider group contested the early lead in the final WorldSBK race of the hot Portimao weekend, with Rea leading Toprak Razgatlioglu and team-mate Leon Haslam for the first four laps. Eventual race winner Bautista took the lead on lap six and looked set to run out the clear winner for a time.

Rea’s good machine set-up and battling qualities saw him trim Bautista’s advantage and then cut it to only 0.111 seconds over the line with a final attempt to secure all the Portimao wins. Rea took two wins from three in Portugal and extended his championship lead to 91 points over Bautista.

The next round will be held between 27thand 29thof September in Magny Cours, France.

Jonathan Rea, stated: “I felt strong with the bike. I was pushing in Race Two and where Alvaro was gaining time on the front straight and the top straight, coming out of T5 I almost felt that he was increasing the gap. But when we went into T14 I had already eaten up that advantage he had in the first sector. It was enough motivation to keep pushing. He was making a few mistakes and it was enough for me to keep the pressure on. You never know what can happen and I could see the gap to Toprak was increasing in those last six laps. Yesterday I ate too much tyre in the beginning but today on lap 19 I could set a 1’43.2. I enjoyed that final race; we had a fight. I am proud of myself because I had fight in me.”