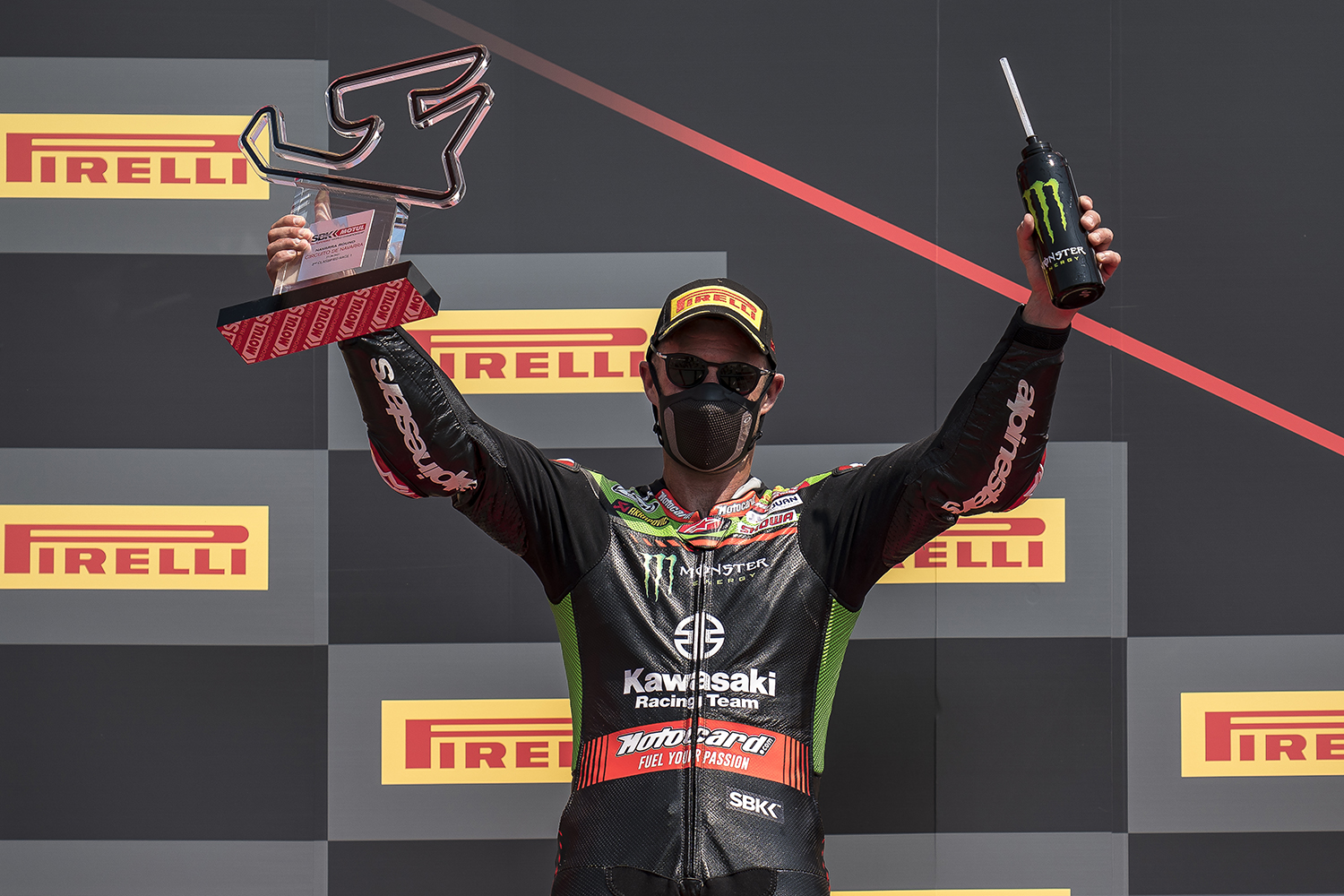 Jonathan Rea consolidated his overall lead in the 2021 FIM Superbike World Championship after taking second place in the first ever WorldSBK race at Navarra in Spain.

Earlier in the day Rea secured a record-equaling seventh successive Superpole ‘win’ with his new track best lap time of 1’36.122 at the 3.933km long Navarra circuit. This was his 30th pole for Kawasaki in WorldSBK, and the 34th of his career.

Starting from pole position, Rea lost the race to the first corner but was able to regain the lead by the end of the first lap. He kept himself out front for five laps until eventual race winner Scott Redding (Ducati) went through to lead and then ease away to finish with an advantage of 2.5 seconds. With Toprak Razgatlioglu (Yamaha) third in Race One Rea extended his championship lead to his closest challenger to seven points.

Racing continues tomorrow with the ten-lap Tissot Superpole race at 11:00 local time, followed by the 23-lap WorldSBK race two at 14:00.

Jonathan Rea, stated: “What a lap in Superpole! I really got the best out of the tyre but I was overcooking a few corners, missing some apexes, so I was really surprised at the lap time. I was a little bit nervous about the start of the race. It was very important to be at the front and we had quite a good start, but Scott was just a little bit better. At the beginning I felt I could go to the front and when Scott went quite wide in T5 and T6 I went on the inside and passed him. From there I just kept my rhythm until he blasted me on the straight. After that I thought, ’I’m there’ but then the front started to heat up, stability started to go down and the front was moving. Over-pushing the front, I had a few slides and enough to tell me to brake a bit earlier. I lost as much as one second during one mistake and Scott went away. I did not feel he was destroying us lap-by-lap when it was constant, the gap was quite similar, so I feel we can make some changes on the front tomorrow to make a step forward.”