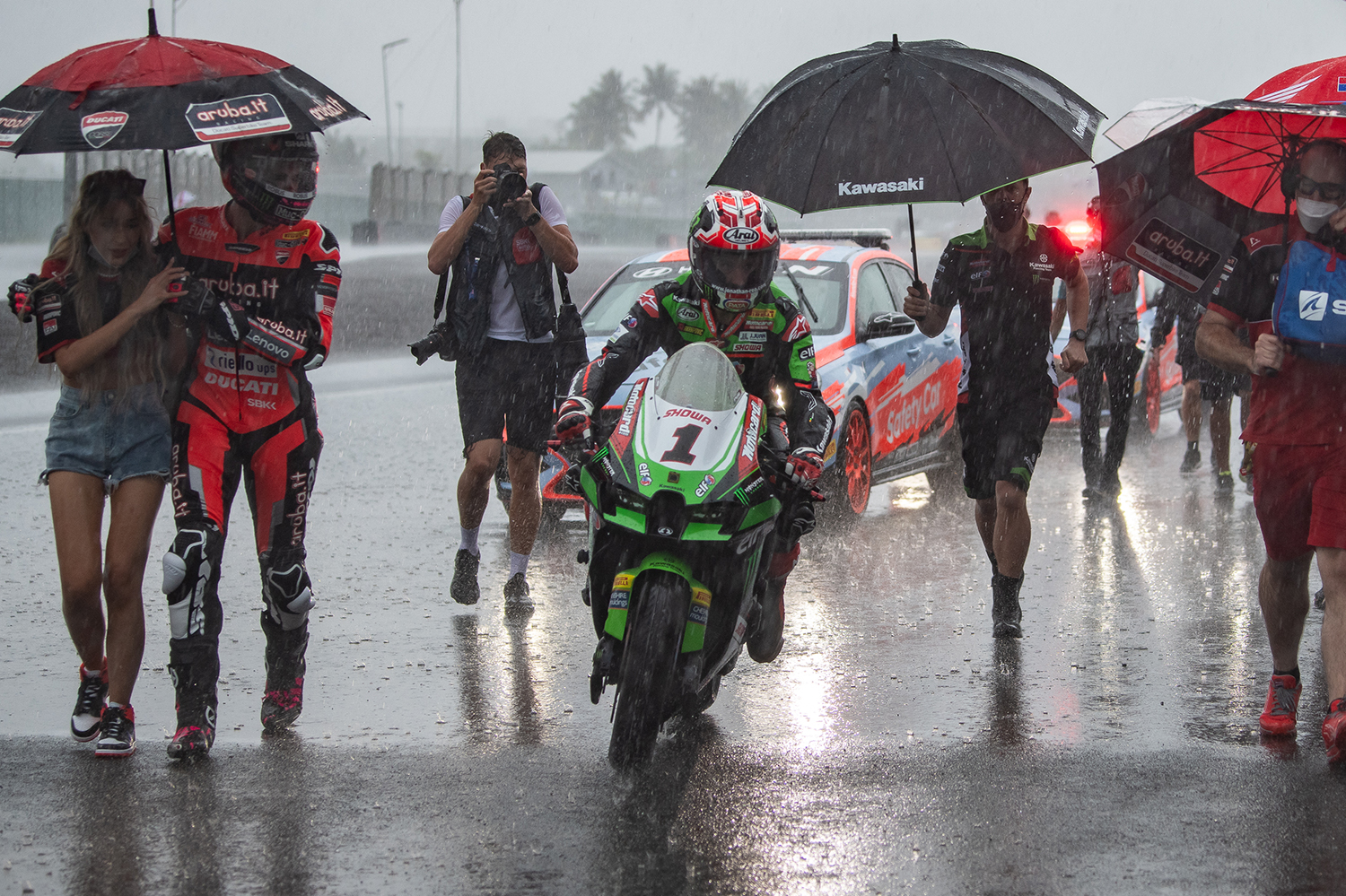 Jonathan Rea was all set to fight to retain his WorldSBK championship status in the first WorldSBK Race at the new Mandalika circuit but a long and heavy fall of rain at first delayed - and then cancelled - the prospect of any race action after the opening WorldSSP race. There will now be two full distance WorldSBK races on Sunday 21 November but no Superpole race.

The much-anticipated opening race at the final round of the season never happened at Mandalika as a heavy rain front arrived just as the riders were preparing to take part in the new circuit’s inaugural WorldSBK contest.

The leaden skies and varying levels of heavy rain stayed in the vicinity of the racetrack for some time after the scheduled 3pm race start time. Just after 4pm Race Direction cancelled any further action on Saturday 20 November and now there will be two full 21-lap WorldSBK Races on Sunday 21 November. The ten-lap Tissot Superpole Race, normally held on Sunday mornings for reduced championship points, will now not take place.

This means that Rea has one less opportunity to try and make up his current 30 point championship deficit to Toprak Razgatlioglu, with only 50 and not the expected 62 points available for any rider who can win all the races in Indonesia.

Jonathan Rea said: “Having no race today makes it a difficult and unrealistic challenge but you also have to keep fighting until the end, because you never know what the weather is going to do. There could be the same kind of thing tomorrow. We just have to wake up and see how it is going to be. My mindset is to go out and do the best I can. Even before this weekend it was difficult, but I was relishing that challenge when I saw some rain. I thought it was an opportunity because in heavy rain I am quite strong. We have been playing catch up from FP1 this weekend but I feel like we have been getting there and the bike is quite strong with our tyre choice for the races. We will have to see tomorrow.”