REA BATTLES BUT NO SCORES 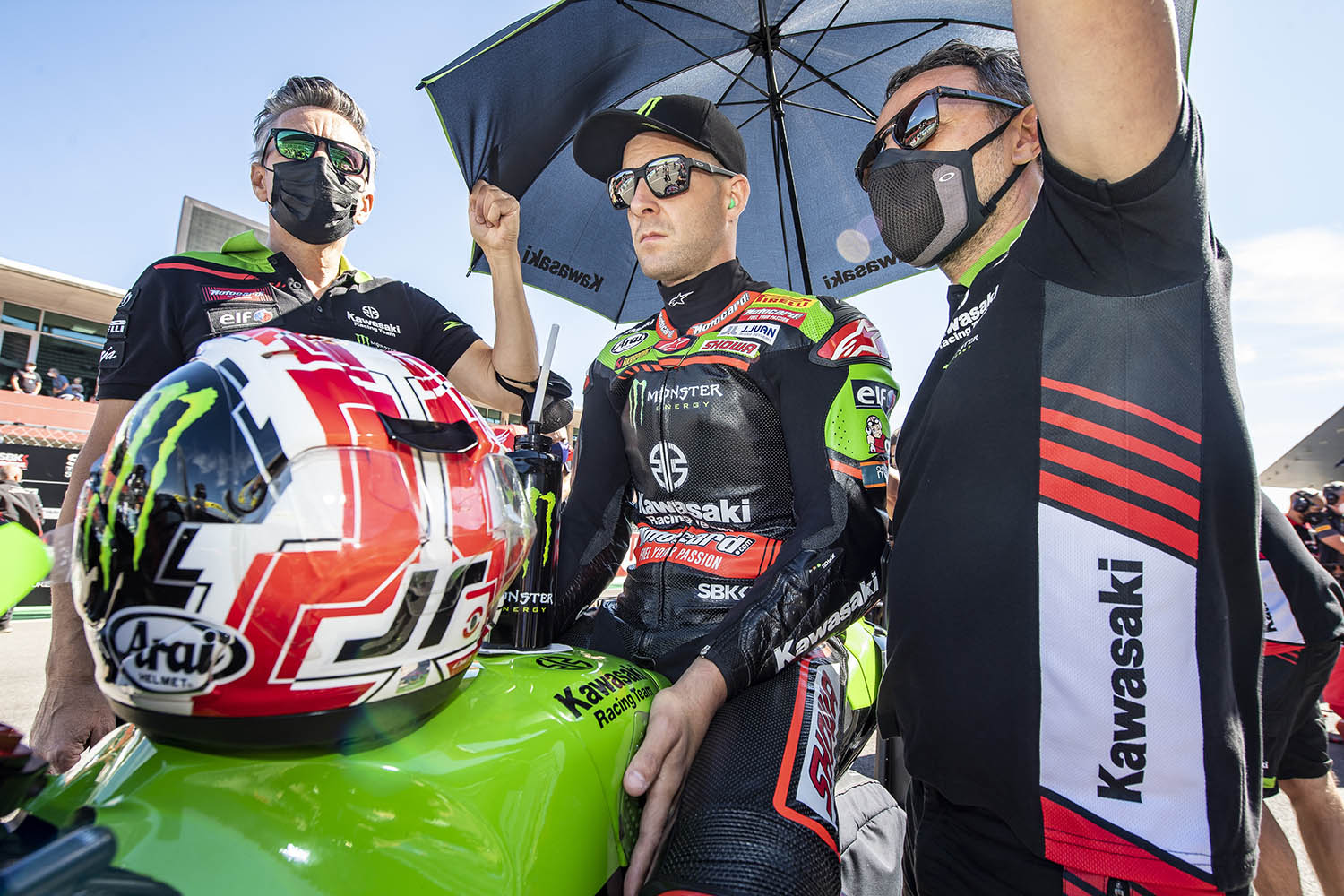 Kawasaki Racing Team rider Jonathan Rea experienced misfortune on Saturday at Autodromo do Algarve, falling in WorldSBK race one while leading a three rider fight for the race win.

Having been second in Tissot-Superpole qualifying Rea was involved in a tough and often tactile battle with his big championship rival Toprak Razgatlioglu (Yamaha). That fight was soon expanding to a three-way tussle by the appearance of Scott Redding (Ducati).

Having taken the lead after the tough initial battles Rea tried to make a break but as he pushed on he lost the front on the approach to the fast final corner, and slid out of the opening race of the Portuguese weekend.

The second and final day of racing at Portimao will conclude on Sunday 3 October, with the short ten-lap Superpole race and then a second full 20-lap race.

Jonathan Rea said: “That was frustrating. I knew that if I wanted to make my rhythm I needed to get to the front. I could see in the early laps I was getting beaten up and especially Toprak arriving on the apex a lot. Surprising, and then I just couldn’t get my head down. I could see I was strong in most areas of the track but without a clean lap I couldn’t really get into the rhythm. Scott made a mistake in T13 so from that point I had track position and I went too much. In T13 I grabbed the brake, in high wind, and I grabbed it hard. I was pushing because I knew to make any advantage in the lap I needed to have some kind of advantage going onto the start straight. But, of course, I didn’t even get that far. I am frustrated for me, frustrated for the team but we will get another chance tomorrow.”