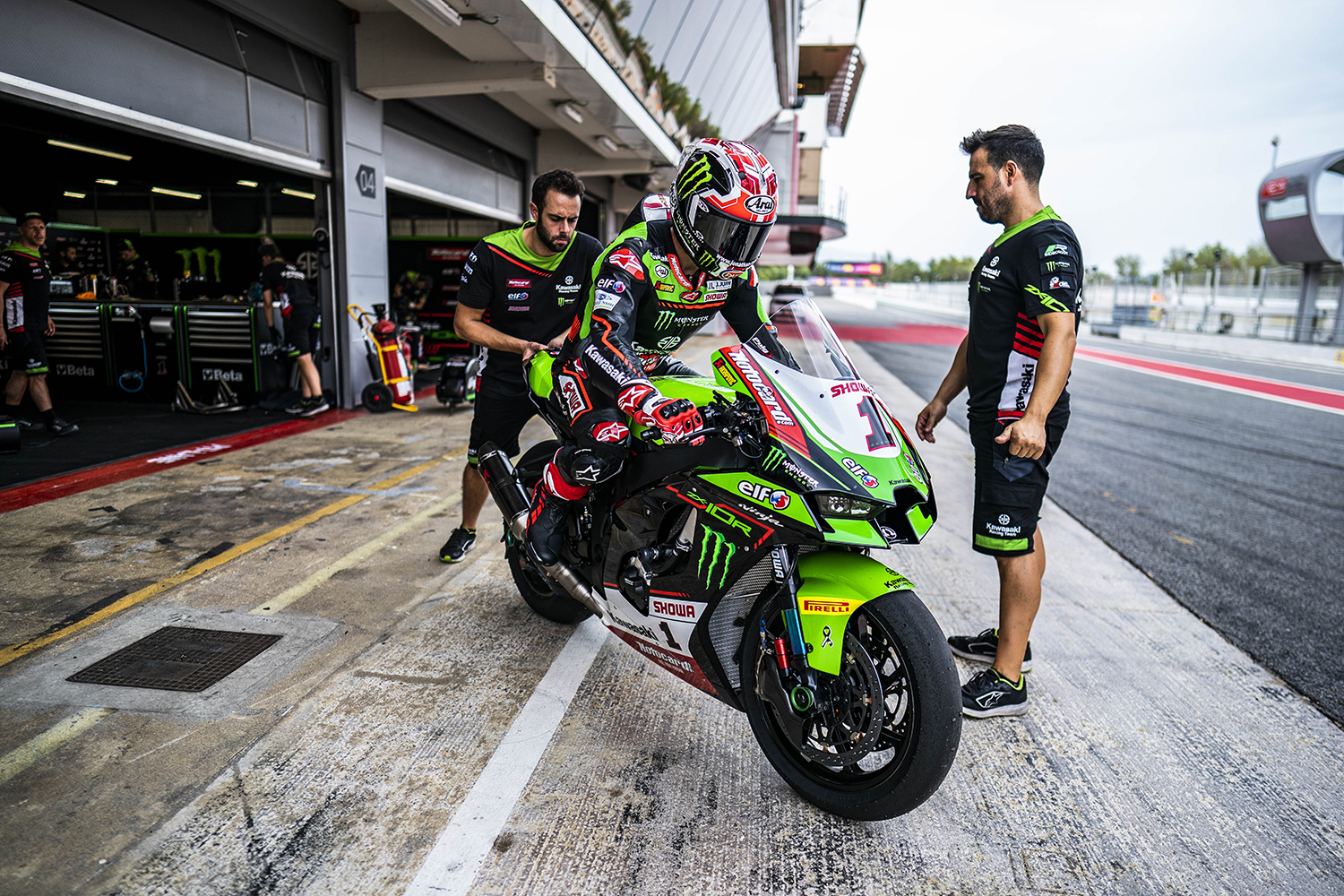 Jonathan Rea completed a successful two days of testing at Circuit de Catalunya-Barcelona with Kawasaki Racing Team between August 12-13, preparing for the intense run of races in the second half of the 2021 WorldSBK season.

Without the pressures of a regular race weekend Jonathan was able to try out some alternative race set-ups on his 2021 Ninja ZX-10RR. The warm weather sessions also helped him and the technical staff make progress towards a suitable race set-up for the Catalunya WorldSBK race weekend itself, which will take place in mid-September.

The hot conditions of this test were particularly valuable as the next run of races will take place in Spain, France and Portugal, in what are likely to be much warmer conditions than those experienced during the first few rounds of the 2021 season so far.

Rea rode on both days but was joined on track on the second day by his usual on track ‘spotter’ Fabien Foret. The 2002 WorldSSP Champion and former Team SRC Kawasaki Endurance rider helped the KRT team run-in and check new components before they are handed to the factory riders of Rea and team-mate Alex Lowes.

With another successful test session completed the real racing will start again soon. The new WorldSBK venue of the Circuito de Navarra hosts the seventh round of the championship on the weekend of August 20-22.

Jonathan Rea, stated: “It has been a very positive test and it is always nice to test in the middle of the season to try out some ideas. We worked on many different items and we have already found a couple that improved the base package of the bike. We will continue working in that direction at the next round in Navarra, to confirm what we found here at a different track layout. I want to thank all the team, all the staff, because it has been very busy in the last few weeks and they gave 100% all through the test, working in very hot conditions. This test also gives us lots of information to start the Barcelona race weekend in a good way. I am looking forward to a couple of days relaxing before we get back on track soon to race at Navarra.”