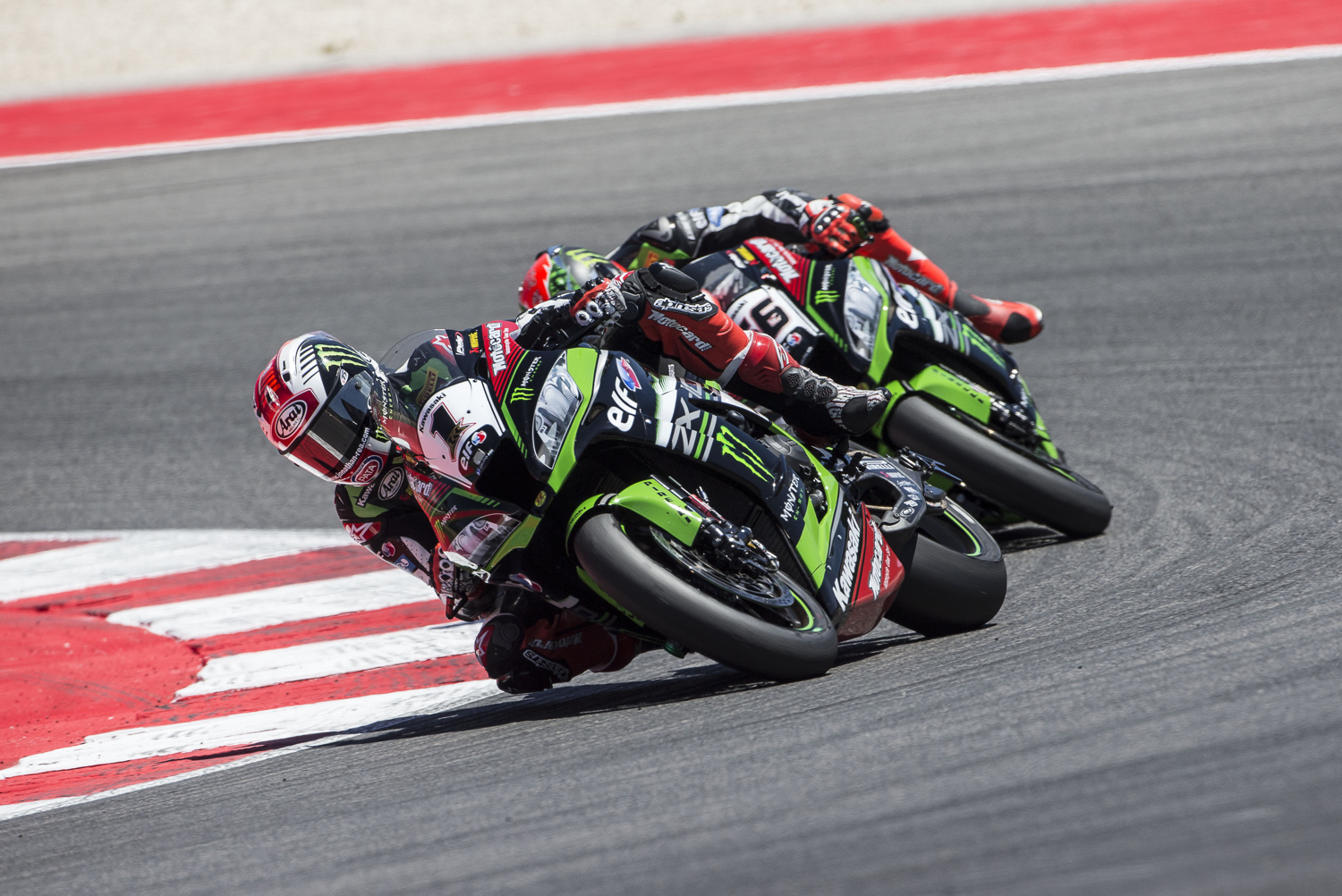 Jonathan Rea battled to second place in the hot conditions at Misano World Circuit today and continues to lead the 2017 FIM World Championship as it reached the halfway point.  In toda’ys race Jonathan finished behind Marco Melandri (Ducati) with team-mate Tom Sykes coming home in third to complete the podium.

With the reverse grid positions coming into effect from Saturday’s race one results, Jonathan started from the third row of the grid.  In the opening laps he managed to break free with the front runners with Xavi Fores (Ducati) and then Jordi Torres (BMW) leading the race.  Both retired at different stages leaving Melandri to claim the win.  Jonathan fought with team-mate Sykes throughout the race and eventually managed to come out on top to claim second place.

This result puts JR on 296 points in the standings, 50 ahead of Sykes.  The championship now crosses the Atlantic for round 8 at Laguna Seca in the United States of America.  The WorldSBK races will take place on the Saturday 8th and Sunday 9th July at the iconic Californian venue.

Jonathan Rea, stated: “I am really satisfied with the results today but unfortunately we could not challenge for the win because I felt we were struggling a little bit, as the rear tyre was completely out of balance. I was having a lot of rear vibration and chatter. That was really difficult to manage. I focused on trying to pass Tom for many laps and when I went through I tried to hunt down Torres in second place but, unfortunately for him, he had a problem too and could not finish. We have to be very satisfied with the result and go back into the garage now to understand exactly why we struggled more today. Yesterday’s bike felt much better but the set-up was virtually the same each day. In the championship standings we are in a good position right now. I also wish Chaz Davies a speedy recovery from injury.”