Rea Crashes Out Of WorldSBK Race One In Australia 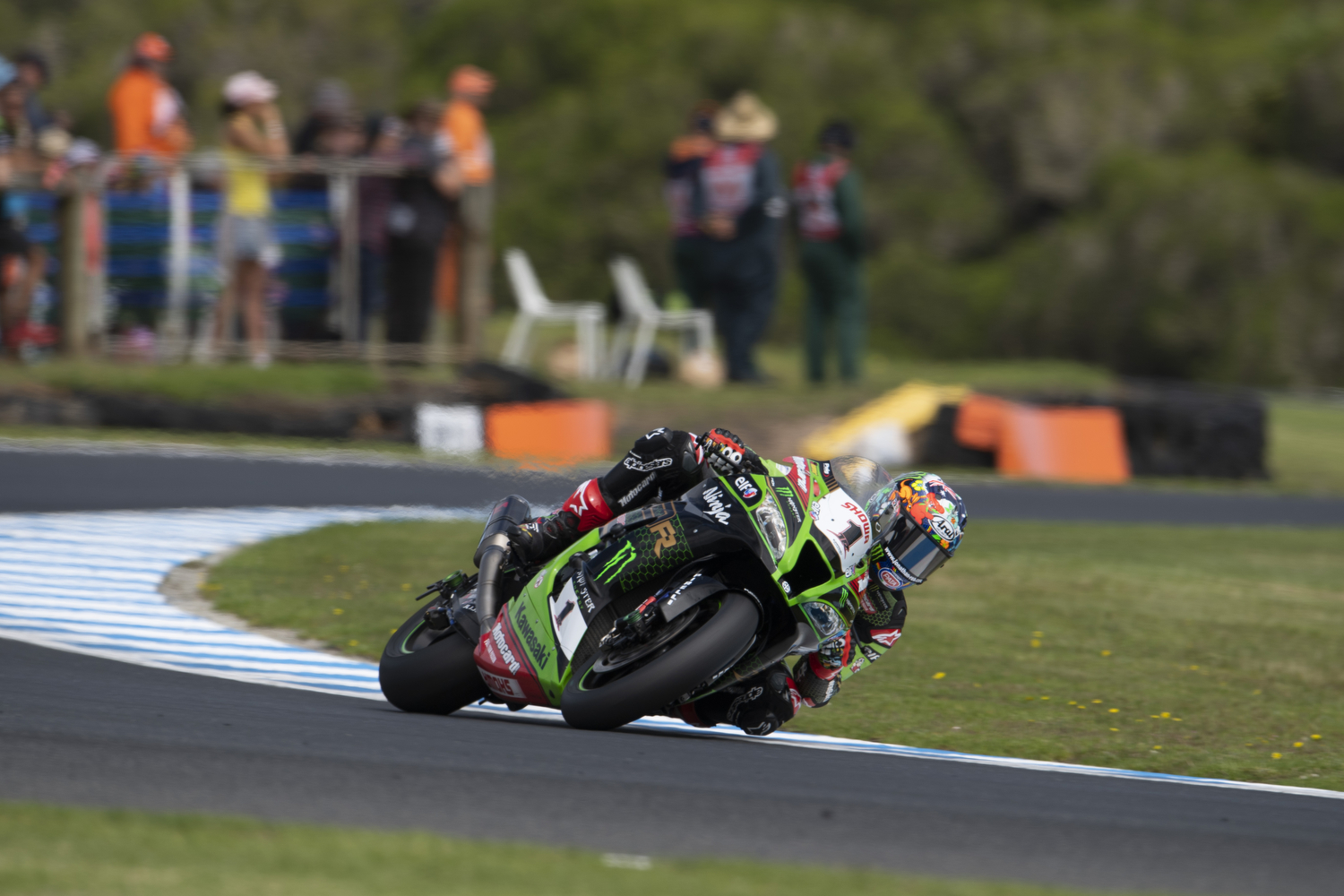 Jonathan Rea had a difficult start to the defence of his WorldSBK crown, crashing out of race one today at Phillip Island in Australia.

The five-time world champion started the race from the front row and led into the first corner. However, later on the first lap, Tom Sykes (BMW) moved up on the inside in the fast turn eight, the pair touched and Jonathan had to pick the bike up and ran off track at turn nine.

He rejoined in last place and set about catching and moving through the field.  As he was passing Michael Rinaldi (Ducati), again he ran wide and unfortunately fell and ending his race.

Jonathan Rea, stated: “I am just so frustrated because after what happened in the first lap, being put back there. I felt I was making good ground. I felt great with the bike and I was coming up on Rinaldi and setting him up for a pass. I went really wide at the Hayshed as he opened up and started losing the front on the bumps. I am relatively OK, aside from being under the bike for a while so I burned some of my leg. Frustrating to start the year like that but there are a lot of battles left and we have tomorrow. The good thing is that I felt good with the bike. The sprint race will be flat to the mat for ten laps. I am sure I can be in that leading battle and keep my powder dry for that last lap.”