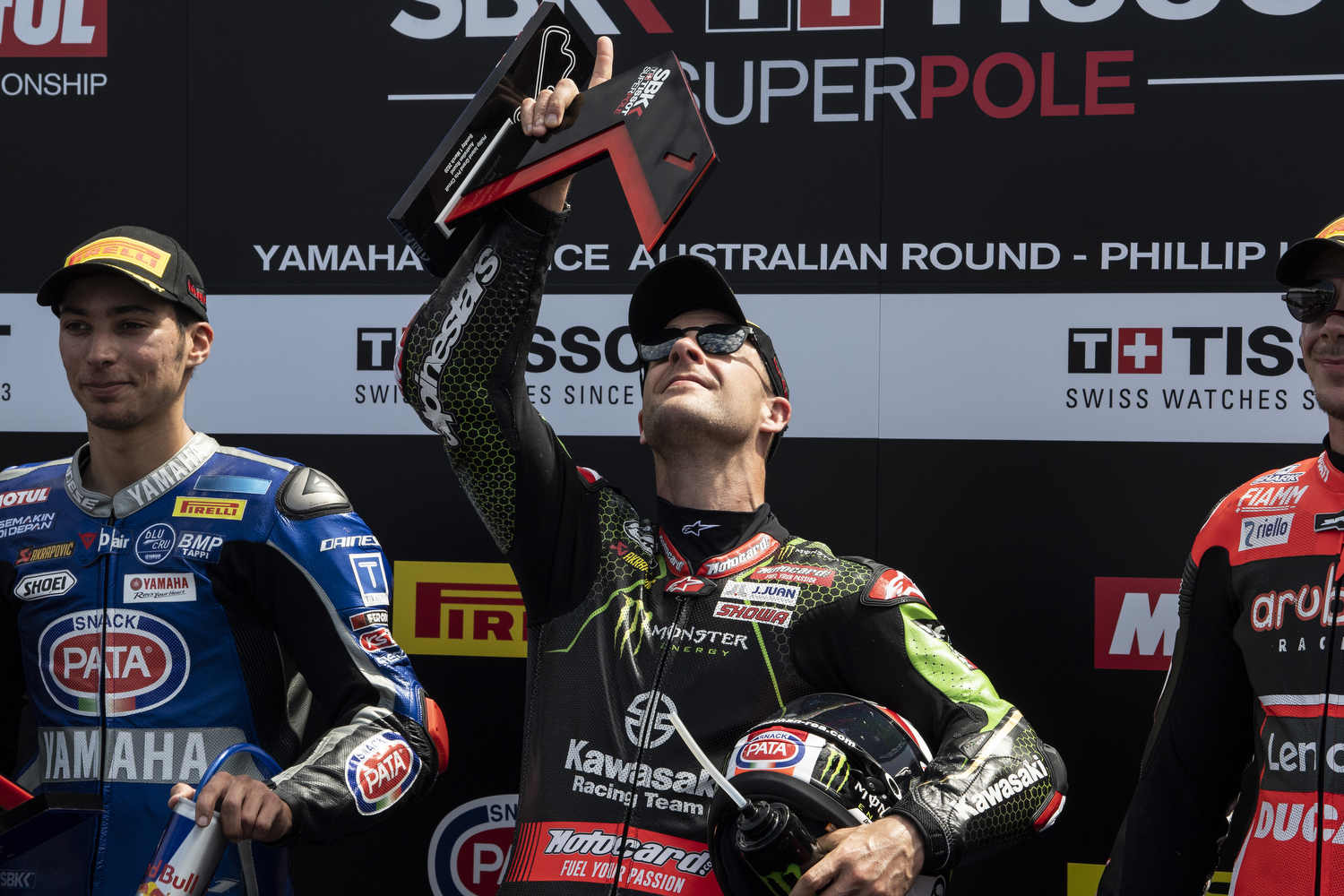 Jonathan Rea scored a close race victory on the second day of the opening round of the 2020 WorldSBK Championship, winning the ten-lap Tissot-Superpole race. In the full 22 lap race in the afternoon he finished second, battling with up to nine riders at times.  The race was won by KRT team-mate Alex Lowes.

In the ten-lap Tissot Superpole race, held at 12.00 noon today, Rea showed all his five time championship winning quality to pass race leader Toprak Razgatlioglu (Yamaha) and hold on across the line for his first win of the year.  The victory was particularly poignant as he received news overnight of the passing of his maternal grandmother back home in Northern Ireland. He dedicated his 89th career race win to his family.

Qatar will now host the next round of the championship, under the floodlights at the Losail International Circuit, between 13 and 15 March.

Jonathan Rea, stated: “I got a good start in the Superpole race and put my head down. It seemed like I was really setting the rhythm with a few laps to go. Toprak was showing me his front wheel, so I knew he was there. On the last lap, throwing the bike down the inside line, I knew I had a little bit more traction. I really wanted to win that Superpole race for my family. It would have been nice to do it again in that second one but it was very strange race. I did not have the experience of doing 22 laps from race one on Saturday. I was not sure how the bike would be. The temperature went to 45°C on track today too. Nobody seemed to want to come through and do the work. I set about my rhythm and with five laps to go I put my head down - but as soon as I completed this lap I felt a drop in the tyre again. Alex got by me and made a gap and although I had a close ride up to him on the last lap it was just not enough to get to the line first. We got to Qatar now and see what that brings. Yesterday we were 25 points behind, today we are 19 behind, so a positive day all-in-all after yesterday.”