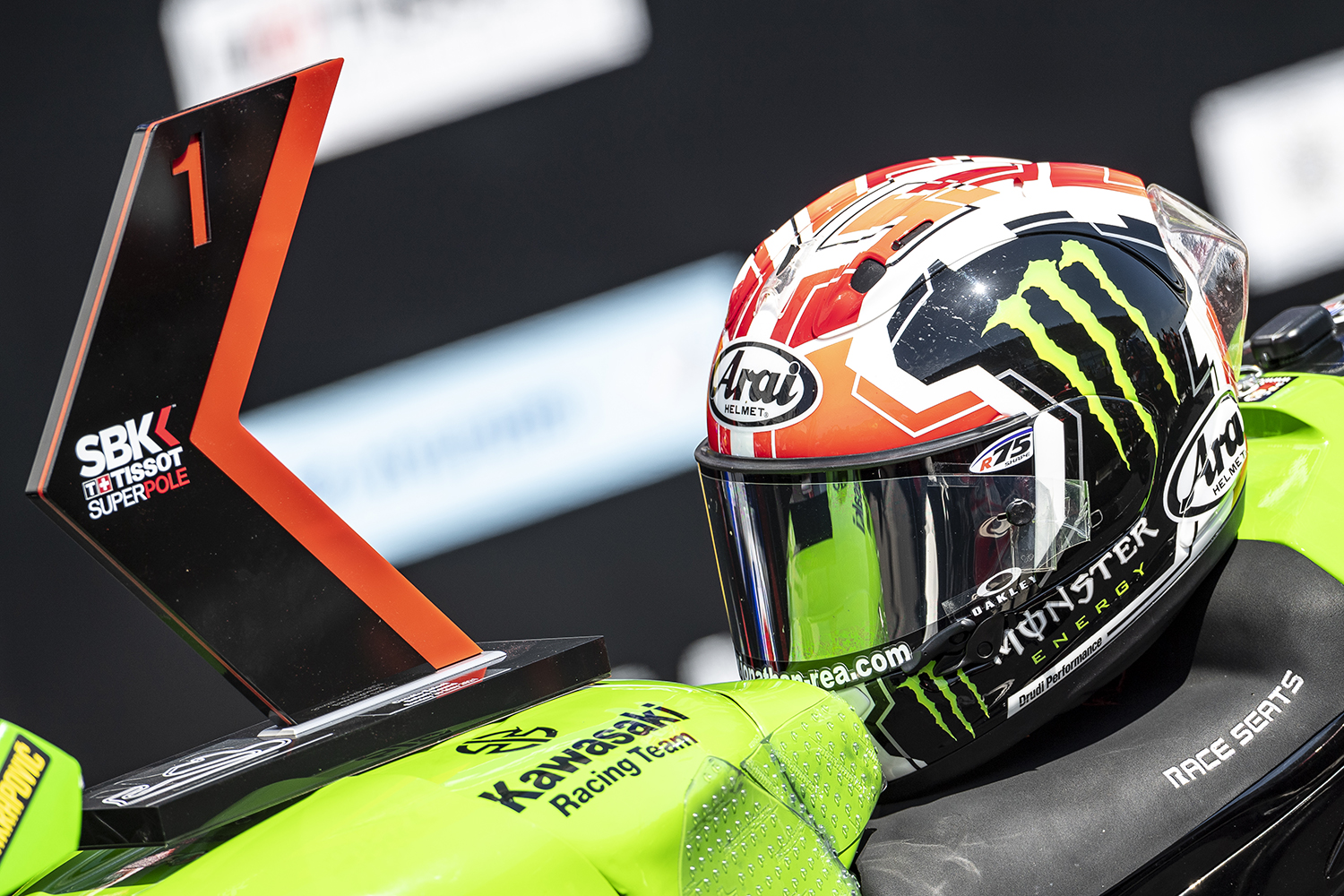 The third round of the 2021 FIM Superbike World Championship takes place this coming weekend, June 11-13, at the ever popular Misano World Circuit Marco Simoncelli with six-time world champion Jonathan Rea leading the points standings by 35 points.

Rea has had an impressive start to his 2021 campaign with the new Kawasaki Ninja ZX-10RR, winning four of the first six races at the previous rounds in Spain and Portugal.

The championship now moves to the Adriatic coast of Italy, to Misano, a circuit that is a favourite of Jonathan’s and one where he has enjoyed considerable success in the past. It will be one week short of 12 years since he took his first WorldSBK career win at Misano on June 21, 2009.  Since then he has gone on to win a further seven times at Misano with Kawasaki.

Free practice will begin at 10:30 (GMT +2) on Friday morning with Superpole Qualifying and WorldSBK race one at 11:10 and 14:00 on Saturday. On Sunday racing will begin for the WorldSBK class with the Tissot Superpole race at 11:00, WorldSBK race two follows shortly after at 14:00 to round off the weekend.

Jonathan Rea, stated: “I am excited to go to Misano especially after we missed the race there last year. It is a track that I really enjoy riding at; both for the circuit itself and the Italian hospitality. The area is incredible and I always enjoy spending time there with my family, by the beach and the sea. The food, the fans, it has got absolutely everything, especially this weekend as we got some fans back trackside which is going to make it even more special. The first few races have been good. We have been able to change the characteristics of our Ninja ZX-10RR at Estoril and it really improved the size of the ‘window’ and we will continue to try these ideas. We are right into the thick of the summer months now and I think all the work we have been doing last season and during the off-season, focusing on the hot temperatures and being easy on the tyre, is really coming into its own. Misano is a quite flat track and with it being resurfaced a few years ago it gave me a strange feeling when we tested there last year. But, we were still able to be fast. I’m looking forward to the challenge this weekend and seeing all our great fans back trackside again.”