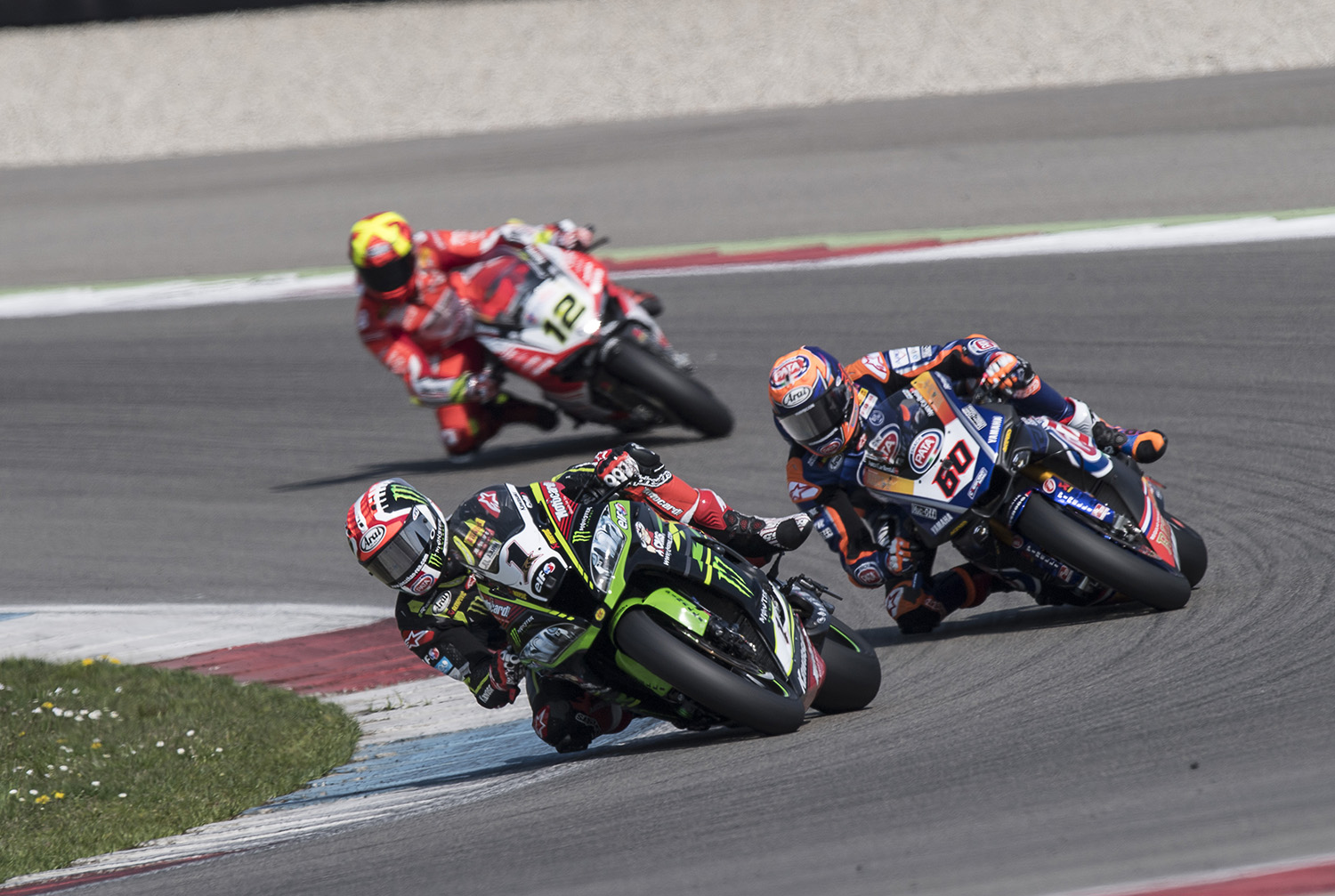 Having won yesterday’s first race of the weekend, Rea took up the mandatory ninth place grid spot for race two.  Team-mate Sykes, however, was on pole and streaked away to an unassailable lead on his Ninja ZX-10RR.  Jonathan fought through the field in the early laps and by lap six was locked in a battle with Van der Mark for second place.

In the final laps he was able to maintain his high speed and finished two seconds ahead of the Dutchman.

Rea leads the overall standings by 30 points from Chaz Davies (Ducati) as the championship now heads to Imola in Italy for round five in three weeks time.

Jonathan Rea, stated: “My track position did not help in the beginning. I wasted a lot of tyre life and energy coming from ninth. When I had free track I could see that the gap remained constant. I also ran into some issues with vibration, backing in and the bike becoming a bit unstable. I managed my own race then and totally accepted that today was not going to be my day. Tom was stronger but my race was compromised by my ninth place start. You cannot give a guy like Tom pole position after his pace yesterday. Kudos to him and his team they did a great job, and I can take my points and march on to Imola pretty happy. I have a 30-point lead. It was target achieved at this round and I am feeling better with the bike each week.”