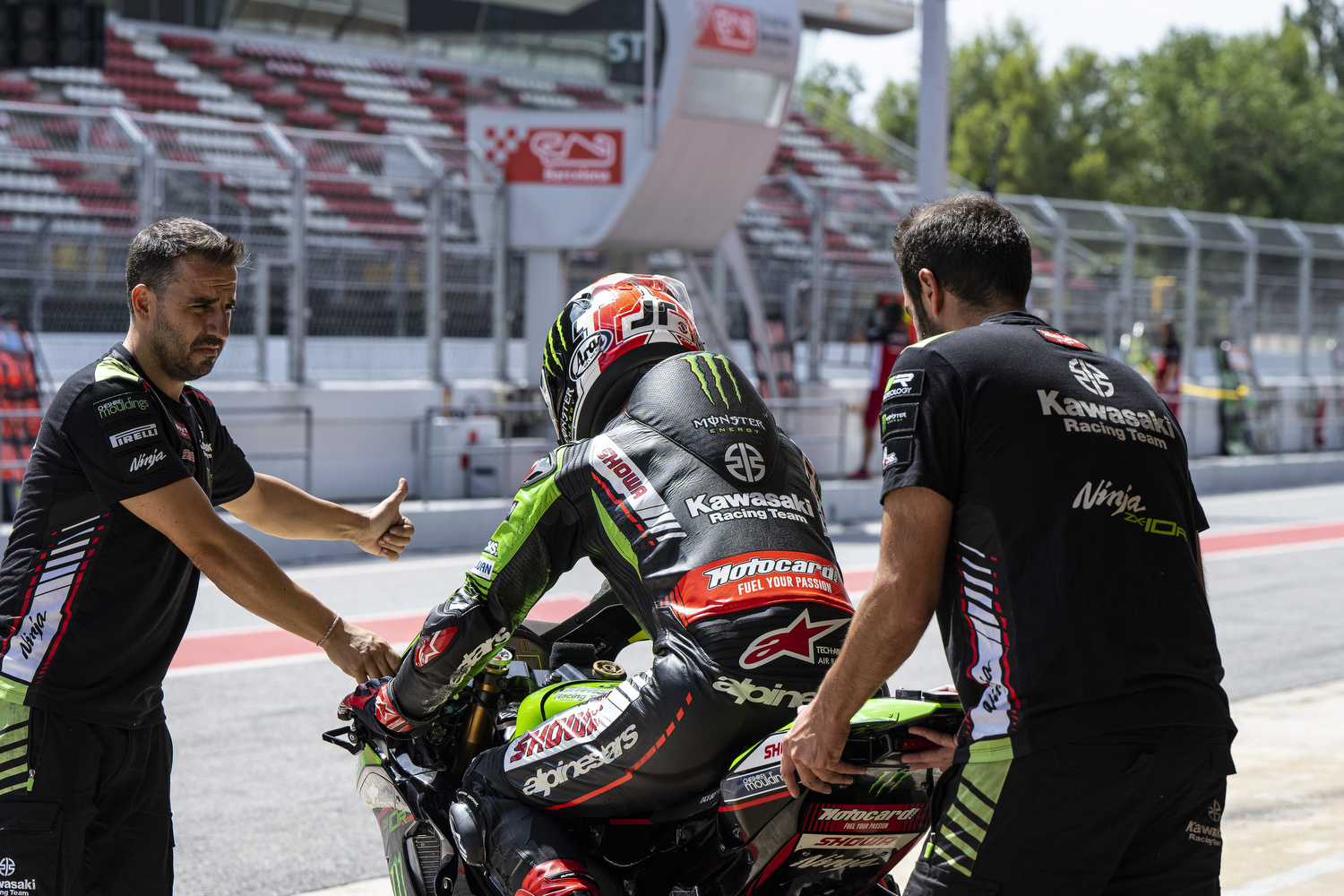 Jonathan Rea and Kawasaki Racing Team joined several of their championship rivals for a weekend test at Circuit Barcelona - Catalunya, a stone’s throw from the teams workshops in Granollers.

Jonathan chose to start his test schedule on Saturday afternoon, saving half a day in his allocated testing days for the season, ten in total throughout the year. In hot conditions, that saw track temperatures reach 50˚C, Rea set the fastest lap time of the day in 1m 41.531

Sunday was again equally as hot but Jonathan managed to better his fastest time by around half a second to 1m 40.913 in the slightly cooler conditions of the morning session. The test was effectively ended in the final 30 minutes when it started to rain, but by that time JR and his crew had completed their pre-test targets and a total of 102 laps over a day and a half.

Jonathan Rea, stated: “It has been a really solid two days of testing. We started in the afternoon in the hot temperatures of day one, and straight away I got the rhythm for the track temperature, which got to the high forties and then 50°C. It was good to take the rhythm like that on day one. Step-by-step we worked through the test plan. We had some ideas during the season that we can only try at a test, without the stress of a race weekend. So it is good to check these things at a test. One of the things we had in mind was changing my position on the bike, to see what influence that would have. We drew some positive results from that. Also, the electronics side of the bike is an area where we never stop working. We understood how to take that forward. Aside from that, it was a great two days to test in hot conditions. I was able to be quite fast and consistent in these hotter conditions. We know it is an area we still need to improve on, but the first signs were positive. We focused on race starts on day two, in the afternoon, trying to understand the best set-up from an electronic and mechanical point of view. And also my style at the starts. I really enjoyed my bike these last two days and it has been nice to fill in the WorldSBK summer break again, after being at Suzuka on a different bike. So it is nice to come back here to understand the Pirelli tyres and the WorldSBK spec Ninja ZX-10RR.”