REA FASTEST ON DAY ONE AT JEREZ 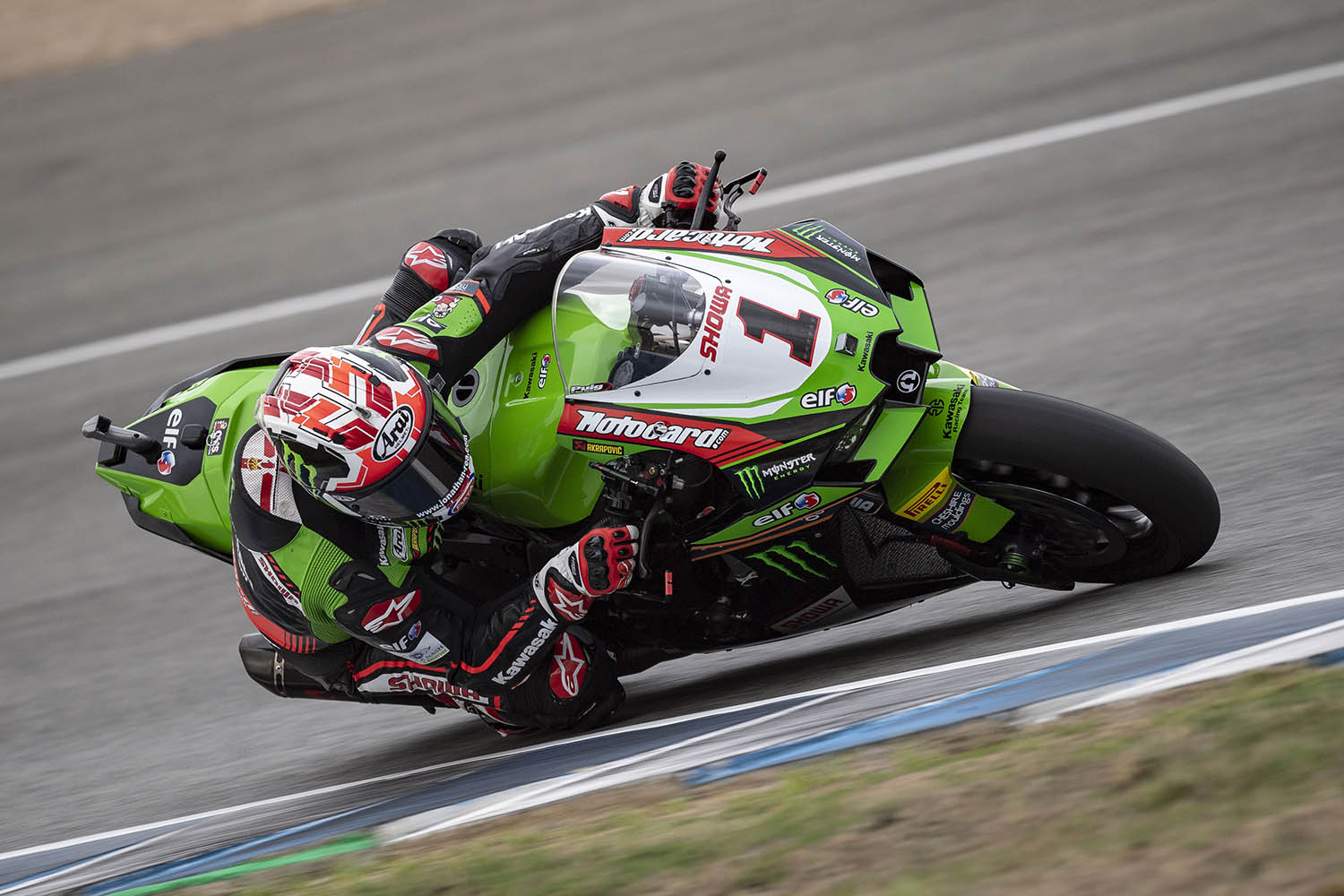 Jonathan Rea was the fastest rider on the opening day of free practice at the Circuito de Jerez - Angel Nieto and set a lap time that was almost 0.4 seconds quicker than his nearest rival.

Overcast but warm conditions for the first day of action at Jerez provided Rea with an ideal opportunity to make early preparations for the three WorldSBK races that will take place at Andalucian circuit, which forms the tenth round of the season.

Rea worked on several areas of race preparation with his technical crew and when he pushed to set a fast lap time of 1’39.670 he ended his opening day fully 0.399 seconds ahead of second placed Michael Ruben Rinaldi (Ducati).

Rea set his personal best time in the afternoon’s FP2 session, as most of the top riders did, as maximum track temperatures only just climbed to over 30°C.

Ambient temperatures are expected to rise a little on day two at Jerez when the first 20-lap WorldSBK Race takes place at 14.00, after the final FP3 practice session and Tissot-Superpole qualifying.

Jonathan Rea said: “We started with a new set-up idea that we had from these last few races in the heat, trying to take some of the grip off the rear of the bike, to create more balance. We worked with that idea and near the end of FP1 we went back to what we used to have. That confirmed that the new idea was working. In the afternoon we tried to do a longer run to understand my rhythm, to understand the tyre drop, and how the bike behaved. It was very consistent, especially in the last sector where normally you face a big drop in the fast right corners. The sector was very stable but the area where I am struggling the most is sector one. That is the main point of focus so we will check and see again tomorrow. What we did is not revolutionary, but it is a step.”