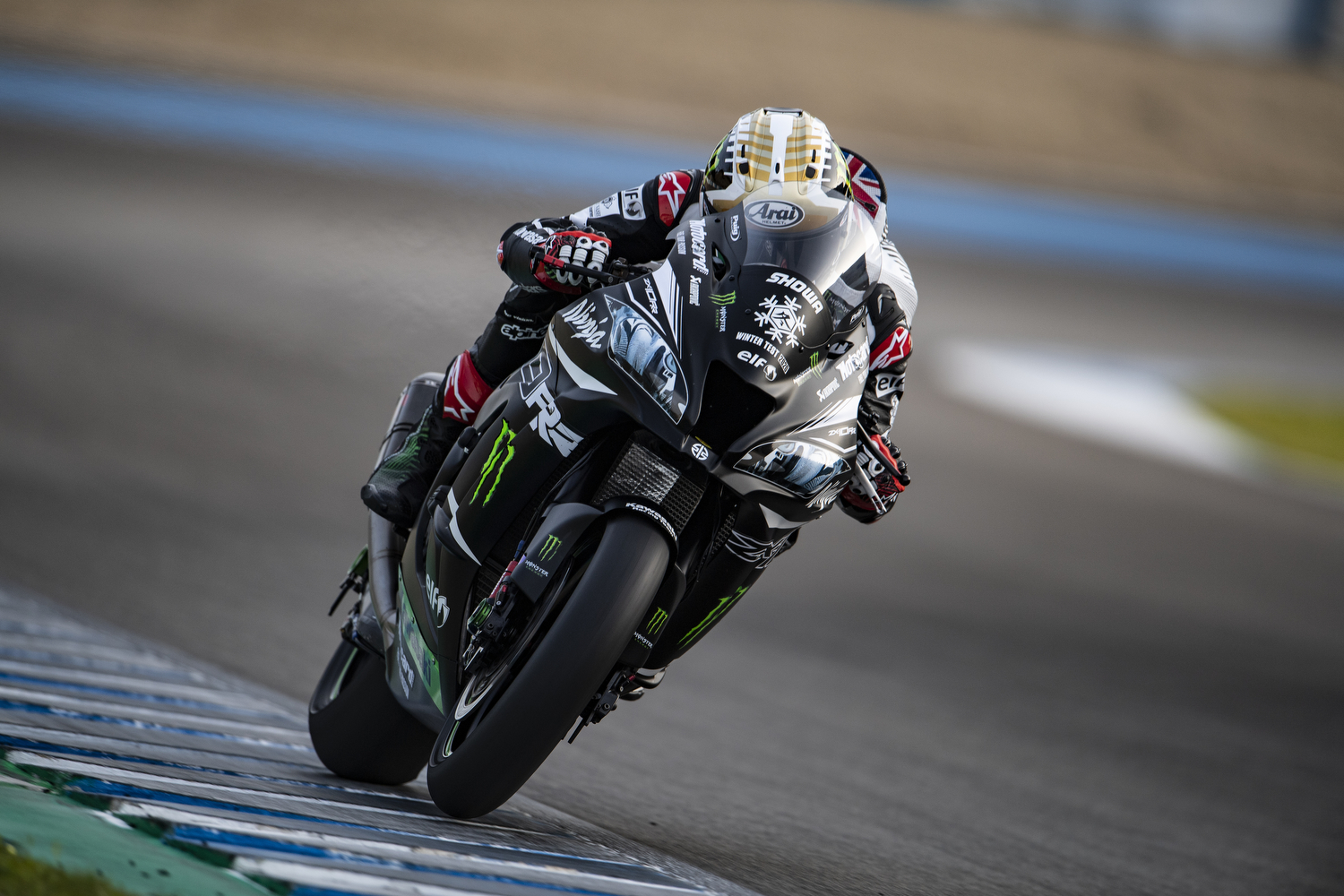 The test ran over two days on January 22 and 23 at the familiar Andalucian circuit.  The weather, however, was less than familiar for this part of Spain.  Heavy rain and cold conditions affected the available track time and Jonathan chose to sit out the first day of the official two-day test.  Fortunately he and Kawasaki Racing Team had made use of some unexpected track time on Tuesday afternoon, immediately before the test dates, and enjoyed some running time on a dry track.

The weather was still cold and wet today but by lunchtime it had dried sufficiently for JR to go on track to complete part of the test programme he had for his 2020 Ninja ZX-10RR.  In doing so he ended the day at the top of the time sheets as the rain came down with one hour of the session still remaining.

The team will now move to their home in Granollers, north of Barcelona and will have a private one-day test next week at the Circuit de Catalunya, close to their workshop.  That will conclude the European testing duties before the first round if the 2020 FIM Superbike World Championship in Australia at the end of February.

Jonathan Rea, stated: “The weather was not playing ball really. We sat out yesterday because the conditions were quite wet and changeable. One minute it was monsoon weather and then a drying track. Today were found a track that, although it wasn’t perfect and had a few damp patches that compromised the racing line, was consistent enough to try some items on the bike. We tried to focus on getting the bike to turn a little bit easier and I think we made a step forward in that direction. We need to confirm that in our test at Montmelo on Monday before we get to go Australia. We also managed to get a few laps in on Tuesday, where we basically confirmed all the items that we had in November. The positives were that we got to try a different balance of the bike.”