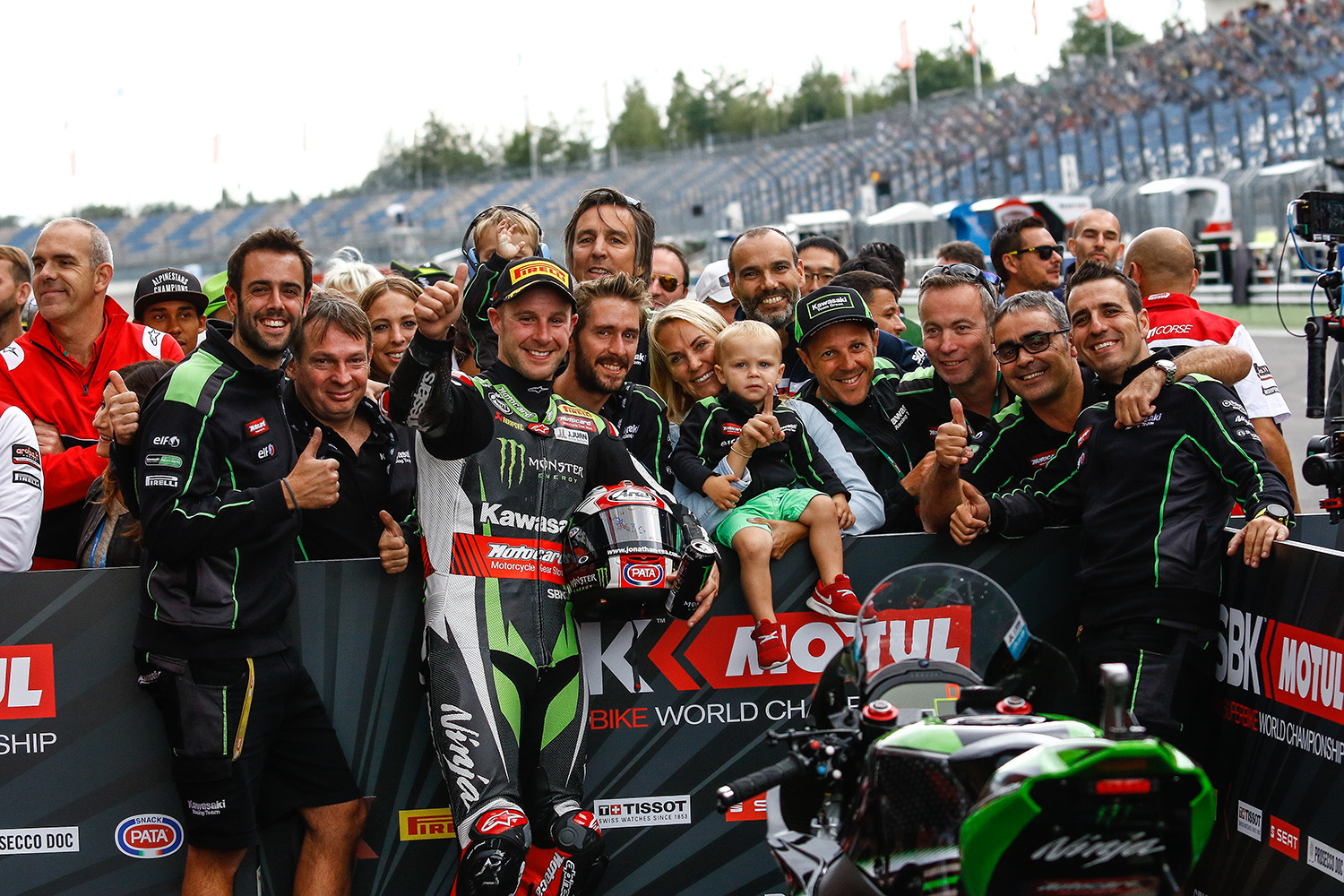 Reigning World Champion Jonathan Rea made it two for two in Lausitzring today, extending his lead in the current FIM Superbike World Championship standings.  The second 21 lap race of the weekend was once more won by Chaz Davies (Ducati) with his team-mate, Marco Melandri, finishing third.

Following yesterday’s podium finish, Jonathan started from the middle of the third row of the grid today.  Riding aggressively in the opening laps, he managed to take the lead on lap five, holding off a hard charging Davies.  However, by lap 11 the Ducati rider made a move and took the lead with Melandri close behind in third.

The trio would race to line in that order.  Jonathan’s team-mate and closest title rival, Tom Sykes, finished fourth today.

The Championship now heads south for round ten at Autodromo do Algarve in Portugal which will host the racing on the weekend of 16th and 17th September.

Jonathan Rea, stated: “Chaz was really solid in race two and his pace was good. When I had really good grip in the beginning I felt strong on the bike but as soon as I started to lose entry-traction the bike became very physical to ride. I was manhandling the bike and this is such a bumpy track. Yesterday’s race started to take its toll a little bit also. I had no big moments but I just tried to rein it in a little bit and I saw that my gap behind to Marco was just moving forward, tenth by tenth, so it was about consolidation at the end. When I lost the edge grip it was just not possible to stay in front but I did try. I am happy with the results from this weekend as the bike has never really worked that well here and we were on the back foot on Friday. So to make the set-up changes we did, and make some big steps, I am really happy with the team - so thanks to them. We came away with 40 points, from Lausitzring, which I am satisfied with.”