Rea Heads Into The Summer Break With WorldSBK Championship Lead 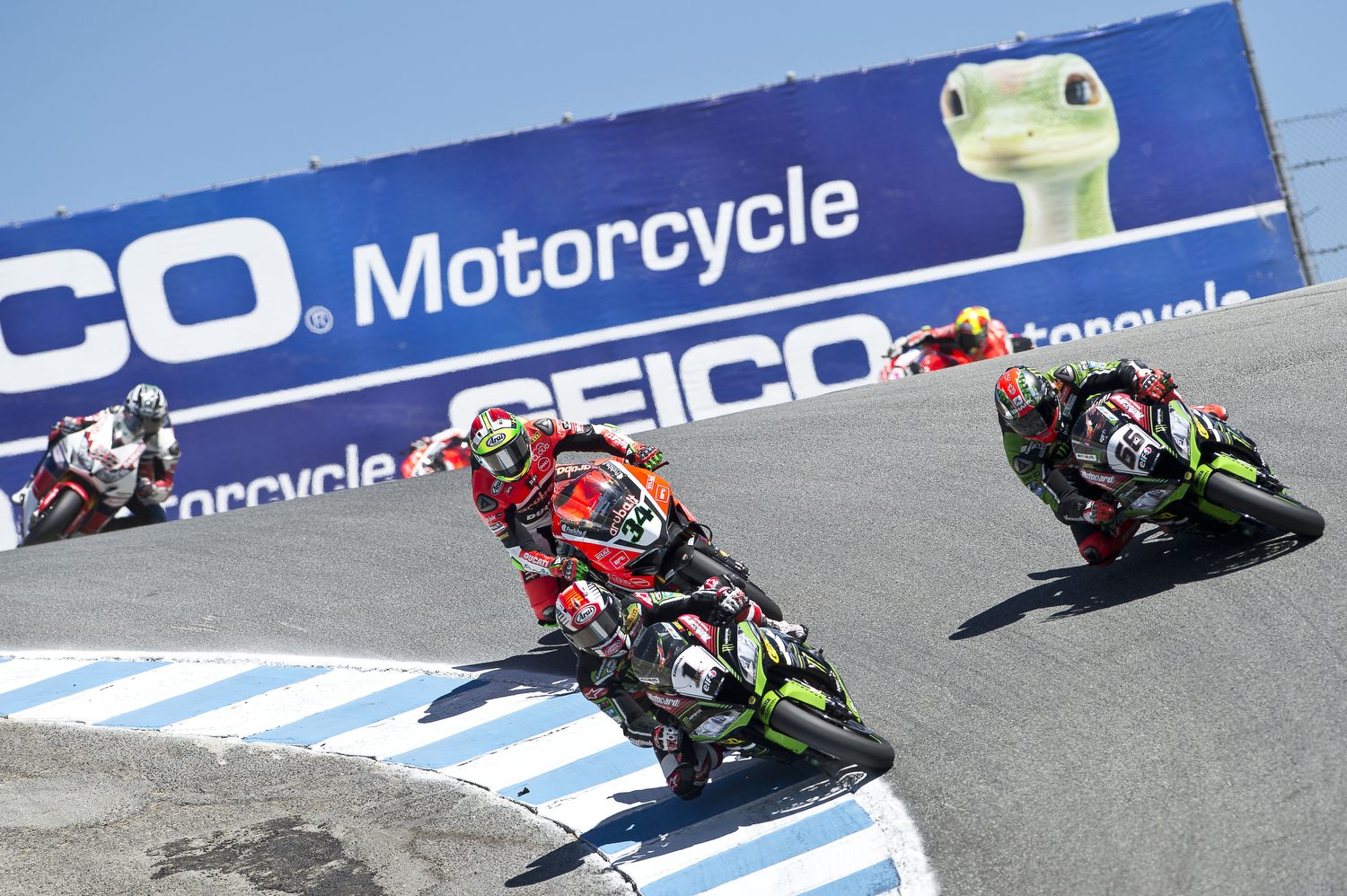 Jonathan Rea will go into the extended summer break of the 2016 FIM World Championship with a 46 point lead in the standings from team-mate Tom Sykes, after round nine at Laguna Seca.

Having taken victory in race one at the Californian circuit yesterday, Rea’s luck deserted him when he suffered a technical problem with his Ninja ZX-10R forcing him to retire from race 2 today.  Rea had been dicing for the lead with Sykes and the Ducati duo of Davide Giugliano and Chaz Davies when the race was stopped after another rider had crashed and the track couldn’t be cleared safely.

In the restart Rea was once again at the head of affairs until the gremilns struck.  This non-finish also put paid to his 100% podium record in 2016.  The race was won by Sykes, with Giugliano and Davies finishing second and third respectively.

The Championship now has a long break until the action resumes again in Germany at Eurospeedway Lausitz on the weekend of 16-18 Sepetmber.

Jonathan Rea, stated: “To not finish is disappointing because up to that point I felt so good with the bike. Even when I got stuck in some traffic at the beginning I was able to close down the gap to the leaders. I feel it was one more race we could have really capitalised on, but this is racing sometimes. We need to analyse everything with the bike. When I went wide in T7 I rejoined the track and it seemed I had a problem. As soon as I closed the gas the rear was locking and I heard some noise. I carried on through some corners, arrived in turn one and it was really locking a lot. Then in T2 something was wrong so I pulled in. We have to take the rough with the smooth because we have had a really good run so far, but it is a frustrating way to go into the summer break. I wish the Lausitzring round was next weekend because I feel really good with the bike and that is a huge motivation for me.”