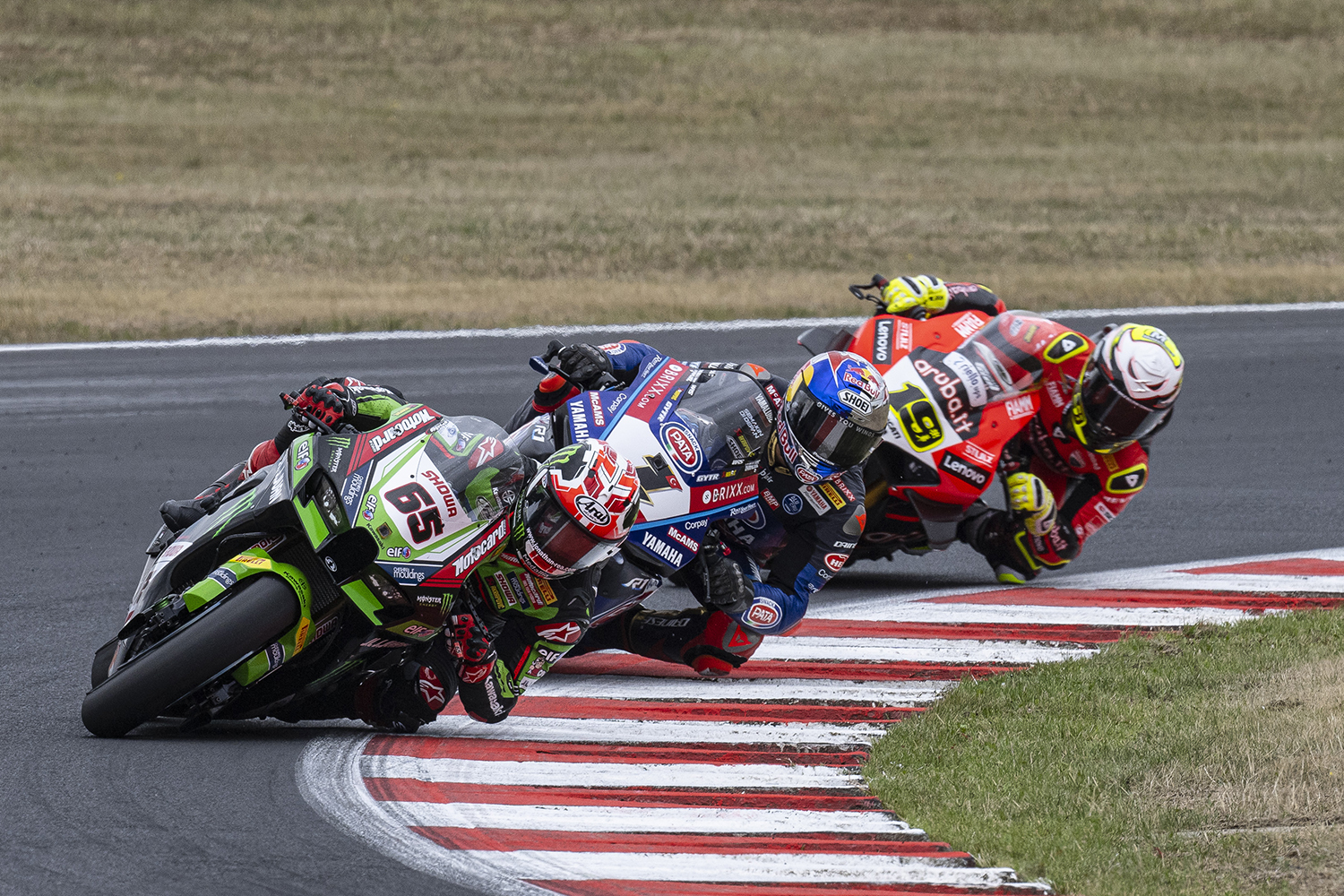 The opening race of the WorldSBK race weekend at Autodrom Most saw Jonathan Rea  ride inside the podium positions for all but three laps, then finally finish fourth - albeit just 2.718 from the race winner.

For the third time this season and the second round in succession, Rea won the Superpole qualifying competition. He set a new track best of 1’30.947 to line up in pole position for Race One.

In the early stages of the 22-lap race Rea battled for the lead with Toprak Razgatlioglu. Eventual winner Alvaro Bautista was just behind until he took the lead on lap ten.

Jonathan had led for four laps across the start/finish line but dropped to second and then third with seven laps to go. Rea only lost his final chance of a podium place after an epic close quarters fight with Scott Redding on the final lap.

The strong predictions of heavy rain and even thunderstorms during the Saturday race were happily shown to be false but there were small drops of rain in the middle of the race. Although concerning for the riders the very light rain had little effect on the track surface and there was no need to change to wet tyres.

On Sunday 31 July Rea and Lowes will take part in the ten-lap Superpole Race and then another 22-lap race that will mark the end of the first half of the 12-round season.

Jonathan Rea said: “The race was quite good, to be fair. I had a good rhythm and good pace. I was fast, just not fast enough at the end when it counted. A little bit like Donington last time out, I ran into some brake fade issues. The brake lever was coming back to my fingers so I could not keep the pressure on. Stopping the bike was a problem but also putting the bike into position. I just struggled. In traffic I was worried about hitting somebody. If I braked at my normal brake point the chances were I could not stop the bike. The finishing position does not reflect our true potential. I feel we were strong. Unfortunately we were off the podium, but only two seconds from the race win. It is a good and a bad thing when you are disappointed with fourth place and so close to the winner, but that is the reality today. I hope to make amends tomorrow and clearly we need to be faster at the end of the race.”