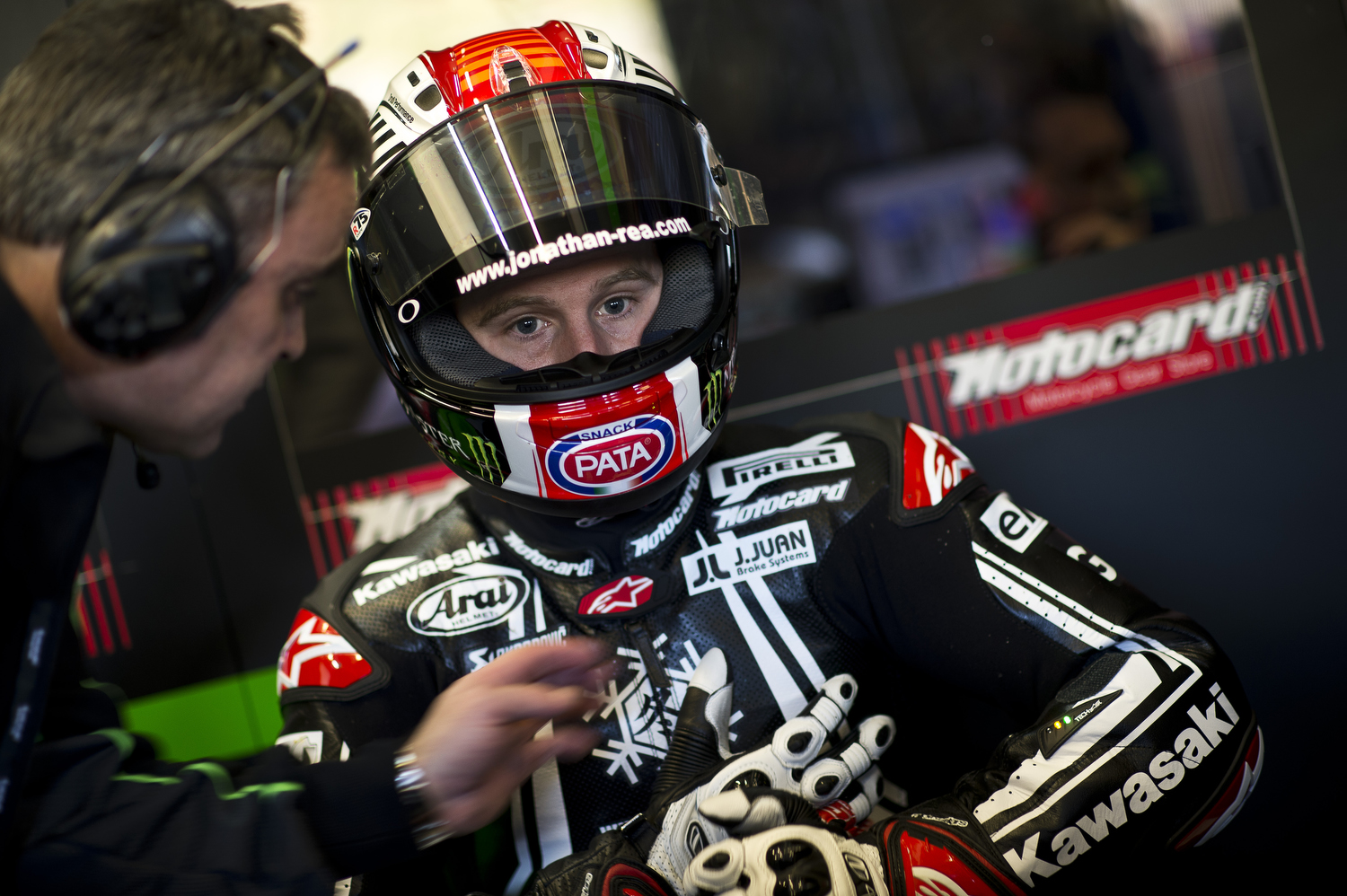 Jonathan Rea and Kawasaki Racing Team cut short their final pre-season test in Europe due to wet weather at Jerez in Spain but the current and double world champion declared himself happy with the progress made at this test.

Following on from two days of testing last week at the Andalucian circuit, Rea and his team-mate Tom Sykes were back on track in what is the final test in Europe for the Ninja ZX-10RR before the season opener in a few weeks time.  Wednesday morning started wet and it wasn’t until after lunch that the track surface had dried sufficiently for the riders to make some laps.

Jonathan and his pit crew had a busy schedule for the afternoon making final checks to the race machines before they are packed up and shipped to Australia.  The Team 65 mechanics were hard pressed changing and checking components and machine set up all afternoon.  Rea was doing short runs on track but utilizing two race bikes to maximize the available track time.

Wet weather arrived overnight and the final morning session was used by the team to test a few components before they decided to finish for the day just before lunchtime.

Jonathan will now head to Barcelona for a few days training before the official team presentation on Thursday 9th February in the city.  After this he will return to Australia for a few days rest and recovery with his family before being joined by the team for an official WorldSBK test on 20th and 21st February at Phillip Island.  Round one of the FIM Superbike World Championship kicks off the season at the iconic island circuit at the end of that week, on the 25th and 26th February, where Rea will begin his title defence for 2017.

“It's been a really positive last European test before we leave for Phillip Island and we focused on putting our package together and finding some true performance. Yesterday we worked with Showa to understand which spec front forks we will start the year with, and also did some engine work. Today it rained so we did some function tests in the morning and practiced some more starts which were better. Our structure over the winter has been geared toward arriving at the first race in a strong position and I feel like now we are getting there. Everything is in place and I'm ready to go to our last test in Australia and do the last fine tuning before the race weekend starts. I want to thank all my team for all their hard work over the winter and during the tests, especially the mechanics as we have checked and re checked all our test items on the schedule.”