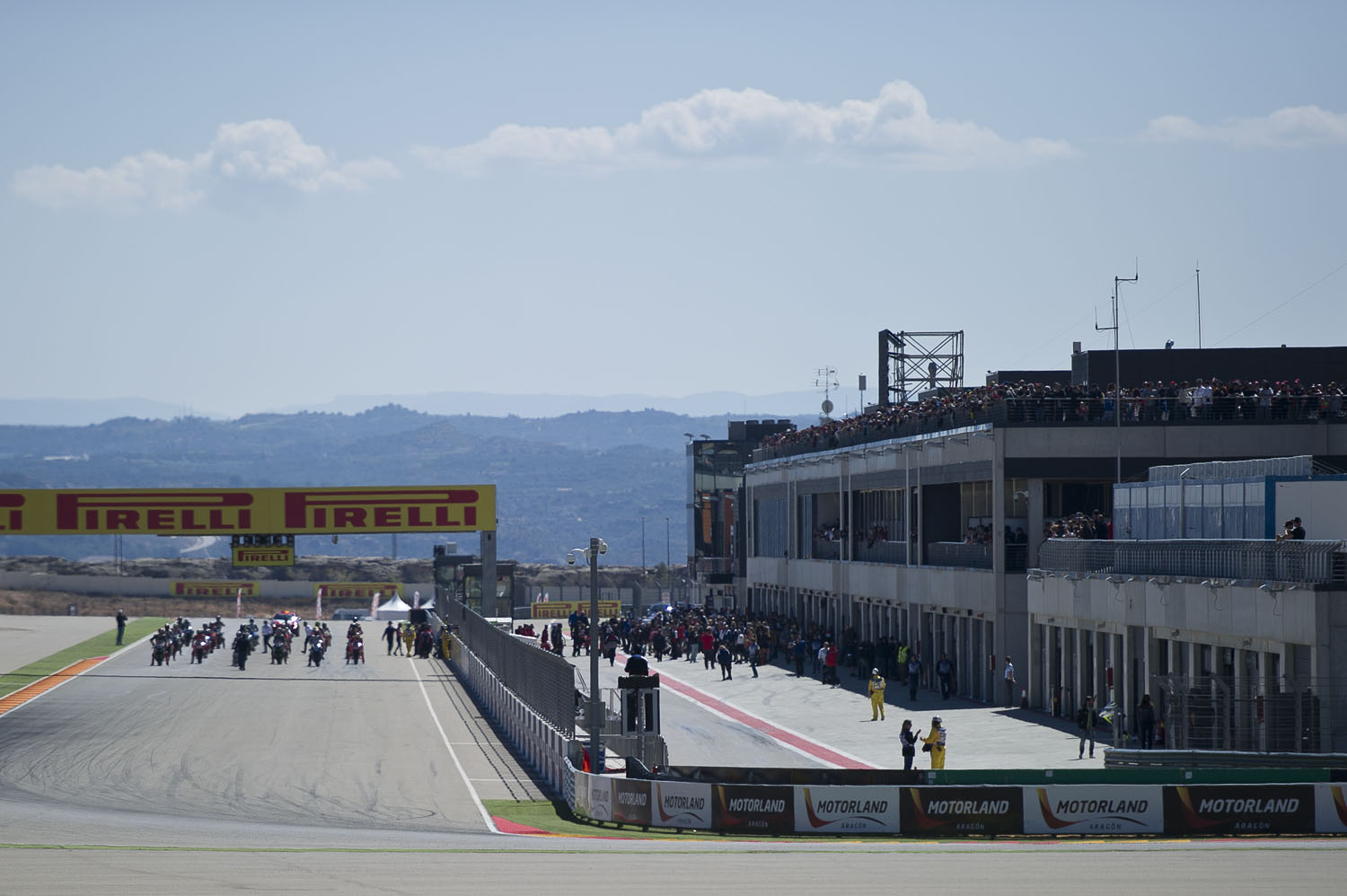 The 2017 FIM Superbike World Championship resumes this weekend with round three taking place at Motorland Aragon in Spain.  Current, and double World Champion Jonathan Rea will look to continue his perfect start to the season on the Ninja ZX-10RR at what is the home race for Kawasaki Racing Team.

Rea has started the year with a 100% record of two pole positions and four wins from four races at the open rounds in Australia and Thailand.  After a short break and some time spent at home the major part of the European season will begin for Rea this weekend at the Aragon circuit and he is expecting the challenge from his rivals to be as strong as ever.

In both of last year’s races Rea, and team-mate Tom Sykes, had to give best to Chaz Davies (Ducati) but a second and third place finish maintained his strong title challenge in 2016.  Jonathan will hope to go one better this year with the new for 2017 Ninja ZX-10RR and repeat his race win at Motorland in his maiden season with Kawasaki in 2015.

The circuit is next to the town of Alcaniz in the Teruel region of Aragon some 280km west of Barcelona.  The town itself had a long road racing tradition but after safety fears ended racing on the town’s street circuit the modern facilities at the Motorland Aragon circuit were constructed in 2009.  It has been a fixture on the WorldSBK calendar since 2011.

After the first two rounds of the 2017 season in Australia and Asia, the track schedule for this event will move to what will be a standard European programme.  The first Free Practice session will begin at 09:45 (GMT +1) on Friday.  Superpole Qualifying will be between 10:30 and 11:10 on Saturday with WorldSBK race one taking place an hour or so later at 13.00.  Race two will be run off at the same time on Sunday.

Regardless of the results from the weekend there will be little time to rest as Jonathan and the KRT squad will reamin at the circuit to take part in a one day test on Monday 3rd April.

Jonathan Rea, stated: “After the two flyway rounds it was nice to get home and back into some normality, especially with the kids. I have enjoyed a few days out riding motocross too so I have been having a really nice time away from the racetrack. Not too long as we will be in Aragon soon. I have really enjoyed the Motorland track since its inception in 2011. I have had one race win there but I have never been the strongest, so I am looking forward to taking the form we have had in the last two races with us into Motorland. Our first winter test was held there in November and we seemed to have a really good steer on things then. I enjoy riding the Ninja ZX-10RR and it seems like it has been in the ballpark at two quite different circuits this year. I am excited and intrigued to get underway at Motorland to see where we stack up.”