Rea Makes Return To Winning Form In Race 2 At Lausitzring 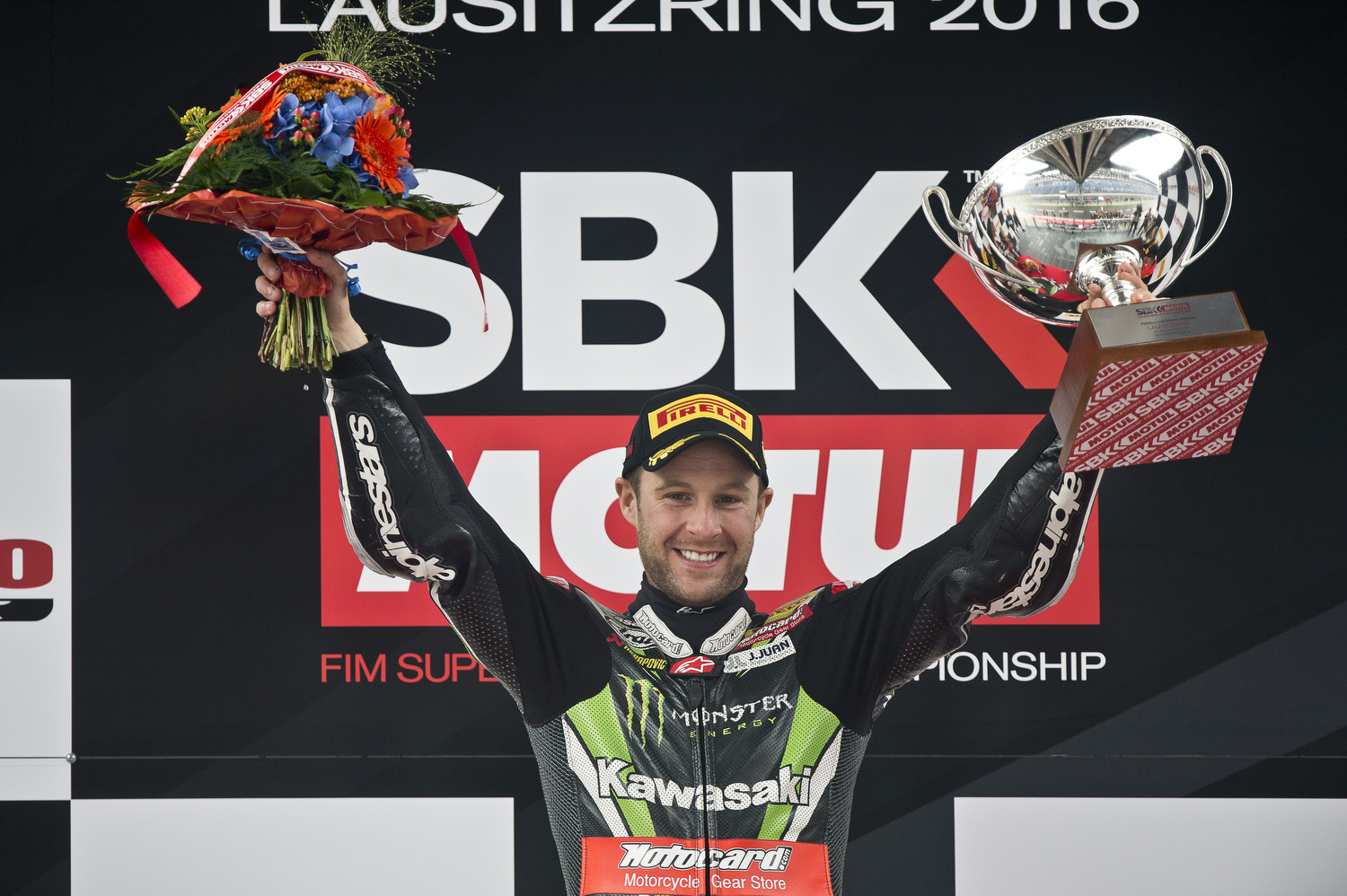 After experiencing very different fortunes on the first race day at the Lausitzring, Jonathan Rea convincingly won a wet 16-lap race today ahead of Alex De Angelis (Aprilia) and Xavi Fores (Ducati).  Kawasaki team-mate Tom Sykes finished 12th, after falling and then restarting from the back of the field.

As the riders lined up for the start of race two, scheduled for 13.00 CET, the heavens opened and the start was delayed to allow for a change to a wet race set-up. Another delay came after standing water and visibility issues came to light on the sighting lap. The eventual start of the race, at 13.47, was for a 16-lap contest and not the planned 21.

Both official Ninja ZX-10R riders made good starts in the rain but before the first lap was finished Sykes had slid off under braking, and Rea took his chance to lead and pushed on at a fast pace, one that none of his peers could match in the wet conditions. He was to win by almost ten seconds, even slowing up on the final straight to celebrate his ninth win of the year.

In the championship Jonathan leads with 393 points from Tom’s 346, making for a points differential of 47. Kawasaki is now 99 points in the lead in the Manufacturers’ Championship.

The next round takes place at Magny Cours in France, with race days on 1st and 2nd October.

Jonathan Rea, stated: “It feels like probably the most important win of my career so far. I felt that after yesterday and Laguna our backs were against the wall. In morning warm-up I began to feel good with the bike again after we had made some positive set-up changes. When we saw the rain coming on the grid we had to completely change to a wet set-up. It was one of those positions that with me leading the championship I had a lot to lose - but a lot to gain as well. I took my chance and put my head down from the start. I really felt good with the bike so I have to thank all my crew because last night my bike was not in a great way. They worked really late, and meticulously, to make sure the bike was perfect. To reward them with this result means I am really happy. So this is for my mechanics that have worked so hard and also for Pere and Paolo, who gave me such a good wet bike set-up.”