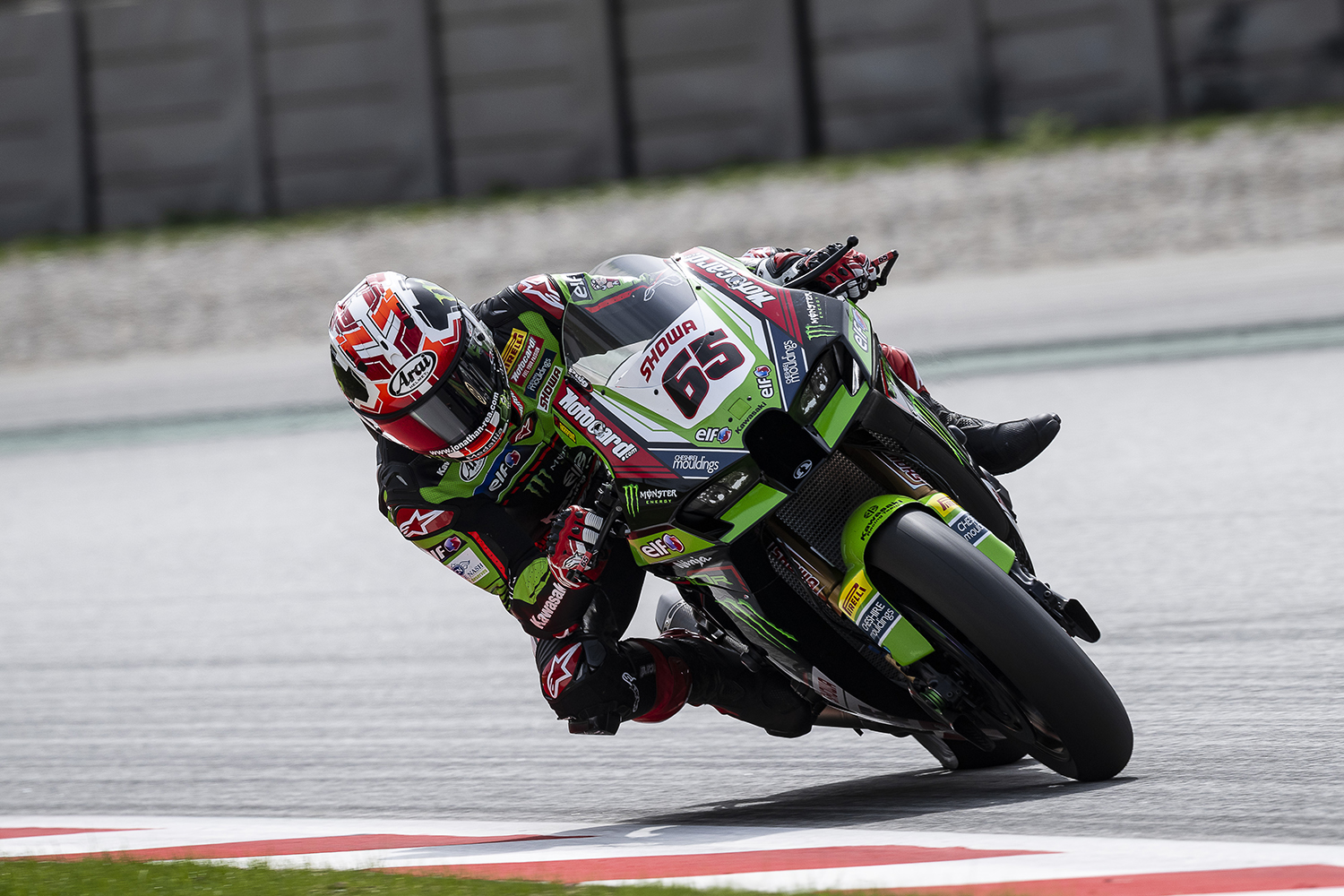 A dry opening day on Friday 25 March at the 4.657km long venue, situated just a few hundred yards from the team’s HQ, provided Jonathan and the vast majority of their 2022 rivals consistent track conditions to work with.

The second day started out dry, but cooler than day one, with the expected rains finally appearing in the middle of the day, ending all meaningful track action for KRT.

On the 2022 Ninja ZX-10RR six-times World Champion Rea set his best time of 1’41.062 on Day One of the tests. That put him overall second fastest at that stage, before finishing up fourth quickest in the combined times.

Rea and his crew confirmed their season-starting base settings before making more specific set-up steps to race at Barcelona in the autumn. Rea also worked on some tyre options, to be ready for whatever the real race conditions will provide when the championship heads there to race.

Catalunya will ultimately host Round Eight of the WorldSBK championship between 23-25 September.

The final pre-season on-track preparations will be made at the Organiser’s Supported test days at Motorland Aragon, between 4-5 April. The first round of the season will take place at that same venue, from 8-10 April.

Jonathan Rea said: “I had a good feeling here. We confirmed the items that we had found positive results with in both the Jerez and Portimao tests. The weather conditions were not perfect here and the temperature was quite low, but we were able to make a lot of laps, especially on Day One. Day Two was colder but we kept working with the base of the bike. I did some more practice starts on Day Two, so that is getting better. We made some progress in that area. I ended the test with a good feeling on the bike and I am really excited to go to Aragon. Everybody there will have the same strategy - to set-up for the weekend and then go into Free Practice 1. It has been a long but exciting off-season, with a lot of testing, and I have been healthy throughout. I am thankful to the team for all the hard work they have done. Now we get to go to a race weekend very soon. Thanks for the big effort, to everyone in KRT.”