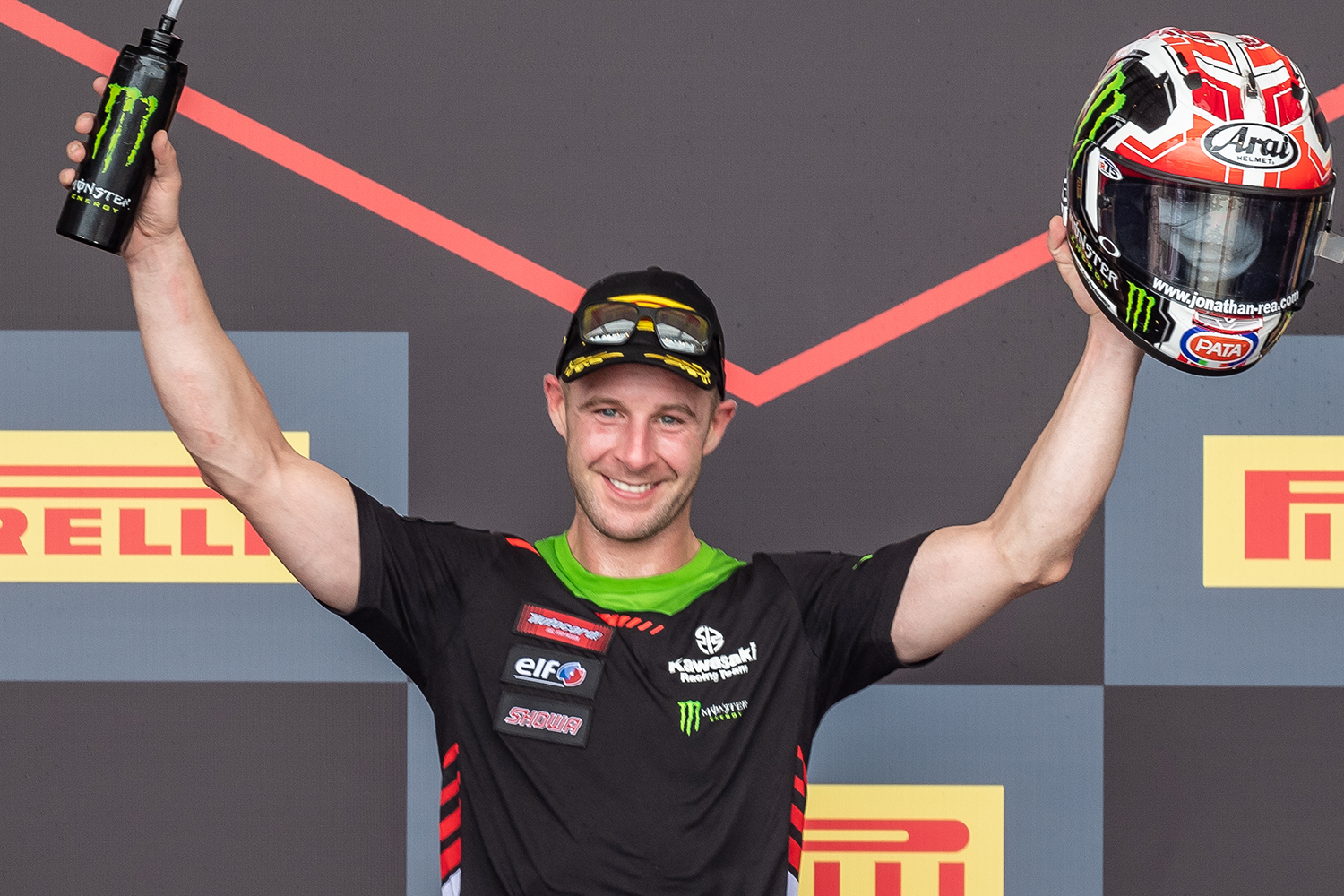 Jonathan Rea was named the Adelaide Irish Motorcyclist of the Year today for a record breaking ninth time, surpassing the legendary Joey Dunlop, who was an eight-time winner between 1979 and 2000.

It is also the seventh time in a row that Rea has lifted Irish motorcycling’s top award.

This latest award comes hot on the heels of Jonathan being awarded an OBE in the Queen’s New Year Honours list. The six-time FIM Superbike World Champion had previously received an MBE for services to motorcycle racing in 2017 and joins Dunlop as a recipient of both prestigious accolades.

Rea said: “I am extremely grateful and deeply honoured to receive an OBE in the Queen’s New Year Honours list.  While it has come as a welcomed surprise, I am so pleased that my sport has been recognised and I am very proud to represent Northern Ireland and the UK in motorsport around the world.

“It is an amazing moment for me and my family who are always there to support me and that is reflected in the whole Kawasaki Racing Team, as well as the support from my friends and fans around the globe.

“On an international level it demonstrates that Northern Ireland is indeed the home of motorcycling.  From road racing right through to World Superbike, we really do punch above our weight, so it is a real privilege to be given an honour like this, in recognition of my racing achievements”.

Commenting on the Irish Motorbike Awards Jonathan went on to say: “In-sport awards, winning championships or races, is mega but winning an award back home here in Northern Ireland, which is rich in motorcycle racing, is so nice. It was just unfortunate that we couldn’t get in a room together and celebrate a more normal year let’s say, where we got back racing and fans started coming back trackside.”

Rea has to put those awards and celebrations to the back of his mind now as he arrives in Jerez de la Frontera in Spain to begin two days of testing with Kawasaki Racing Team on January 26 and 27.

The Circuito de Jerez Angel Nieto, in the south west corner of Andalucia, is a popular winter testing venue for race teams. Rea and the KRT squad completed 2021 with a similar test session in December. That test provided an opportunity to evaluate some new items and settings on the Kawasaki Ninja ZX-10RR race machine.

This week’s test will allow Rea and the KRT squad to assess the further developments made to the overall machine performance, based on the feedback from last months test.

“We have two days planned at Jerez. Depending on the weather forecast, the schedule and how we get on, we may choose to use one of them and save another for later in the year. We had a very productive test at Jerez at the end of last year, so it is always good to go back and draw comparisons. The guys back at the KRT workshop, and KMC, have had a chance to go over all that data and try to improve. We will understand the results in a few days. I have been at home, really recharging my batteries. I haven’t travelled at all since my last test so it has been really productive from a preparation point of view. I am feeling refreshed and now I’m looking forward to riding again and seeing the guys.”