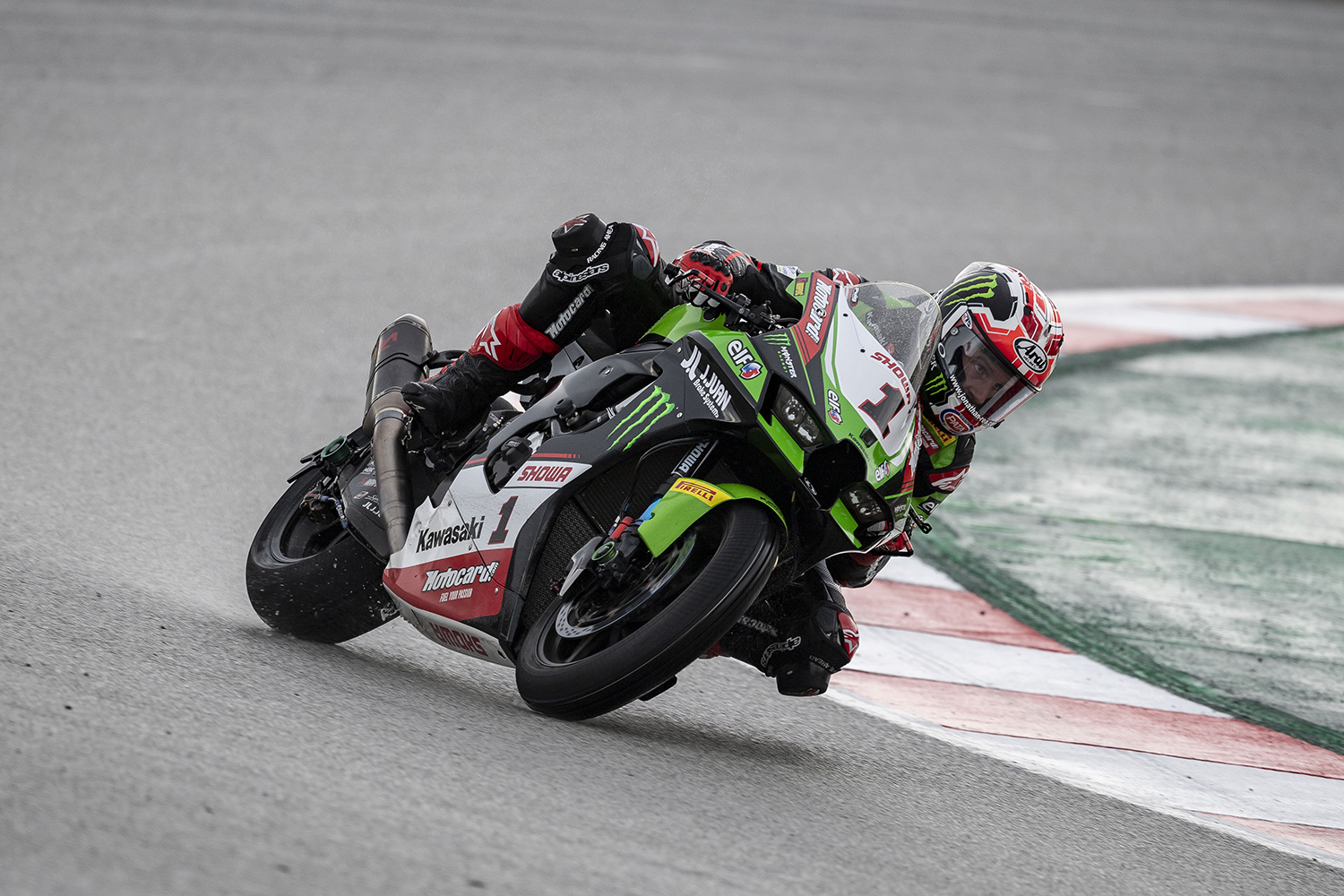 Jonathan Rea finished fourth in WorldSBK race one at Circuit de Barcelona – Catalunya today in a race that was run in difficult wet conditions after the forecast rain arrived shortly before the start.

Rea started from third place on the grid and led for several laps in the tricky conditions. However, by mid-race distance the rain had eased and the track conditions didn’t suit the set-up choice that Jonathan had made and he slipped back, eventually finishing in fourth place. His main championship rival Toprak Razgatlioglu was unable to finish the race when his Yamaha machine stopped with a technical issue.

Today’s result moves Jonathan six points ahead of Razgatlioglu in the 2021 WorldSBK title race with two more race to go on Sunday at the Montmeló track. The Tissot-Superpole Race over ten laps will start at 11:00, and a full distance Race Two at 15:15.

Jonathan Rea (Kawasaki Racing Team Rider): “A very tough race, especially in those conditions when it comes on you ten minutes before the race starts. In the beginning, when it was fully wet, I felt great. I got a horrendous start but I could lead at the end of the first lap, passing a lot of riders. We hadn’t ridden here in the wet this weekend so you get a little bit nervous, also about the set up. What’s the right set-up direction to go in? I feel like we just got that a little bit wrong. We went full wet in the rear - a full really wet set up - but there was no standing water on the surface. The track was just wet. After three or four laps the rain stopped so when the temperature came up I was really struggling, because we were not putting weight on the tyre. Coming out of the corners the bike was just ‘sitting’ onto the tyre and spinning. On the brakes I felt quite good! When Toprak and Bassani came past I could see that they had a lot more traction. One of the hardest fought fourth places of the season.”