Rea Returns To Action At Lausitzring 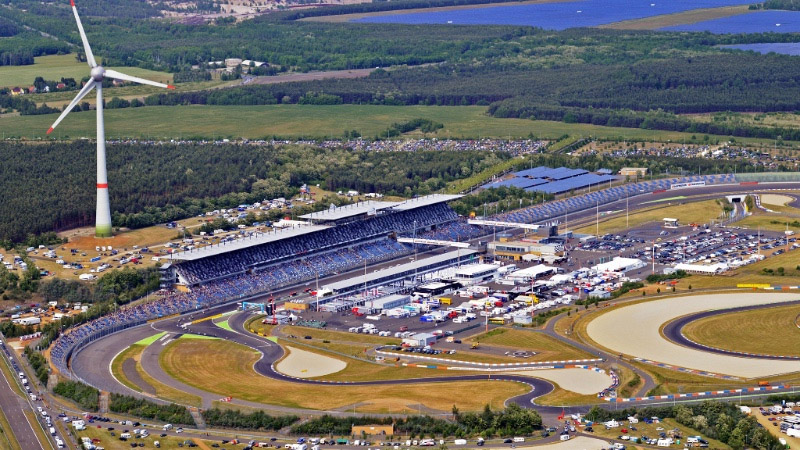 Jonathan Rea will return to WorldSBK action this weekend at Lausitzring in Germany as the championship returns after a lengthy summer break.  The current World Champion comes to this round with a 46 point lead in the 2016 standings, ahead of Kawasaki team-mate Tom Sykes.

The WorldSBK series was forced to take a longer than planned summer break after the Monza round in Italy, at the end of July, had to be removed from calendar because of safety concerns with the track layout.  It is therefore just over eight weeks since Rea rode his 2016 Ninja ZX-10R in anger in round nine at Laguna Seca in the US.  It was a mixed weekend in the States for Jonathan where he scored a win in race one but was forced to retire in race two.

Over the summer break Rea has not been idle and has continued his training regime, which includes riding motocross on the Kawasaki KX-450F.  In August, Rea also travelled to Lausitzring with his pit crew for an informal test at the circuit on a near showroom specification Ninja ZX-10R.  The purpose of the trip was to familiarize himself with the layout of the track but also to spend some time with his pit crew outside the pressured atmosphere of a race weekend.

Shortly after this test Rea visited the Kawasaki Deutschland event, Kawasaki Days 2016, to promote the showroom Ninja ZX-10R and also the Laustizring round with the German fans.

With four rounds remaining in the 2016 championship, Rea is looking to continue his consistent level of performance this weekend in the quest to retain the WorldSBK crown.  So far this season he has achieved eight race wins and nine other podium finishes.   Kawasaki team-mate Sykes has been his nearest challenger for the majority of the season with Chaz Davies (Ducati) lying third in the points table.

The Lausitzring circuit is set within the larger Eurospeedway Lausitz motorsport and motoring complex.  The 4.255km circuit used for the WorldSBK race has the unique position of being located within the bounds of a US style oval raceway with the main start finish straight passing beneath an impressive grandstand that can seat 25,000 spectators.

Jonathan Rea, stated: “I rode at the Lausitzring recently on my own road bike Ninja ZX-10R. It was good to get some track time at a new track to me. Our rivals had tested there so it was important. It has been such a long summer break. For a few weeks at the start I enjoyed just being at home and after that I knuckled down to be in ideal condition for the last few races. I really put some effort in at the gym, riding motocross and my bicycle. The last four rounds are an important time and they come along in quick succession. It is important to be razor sharp to give myself the best possible chance through to the end of the year. My focus now is to increase the championship lead. Personally, I am looking at the last four races as one block because it is going to go by so fast.”