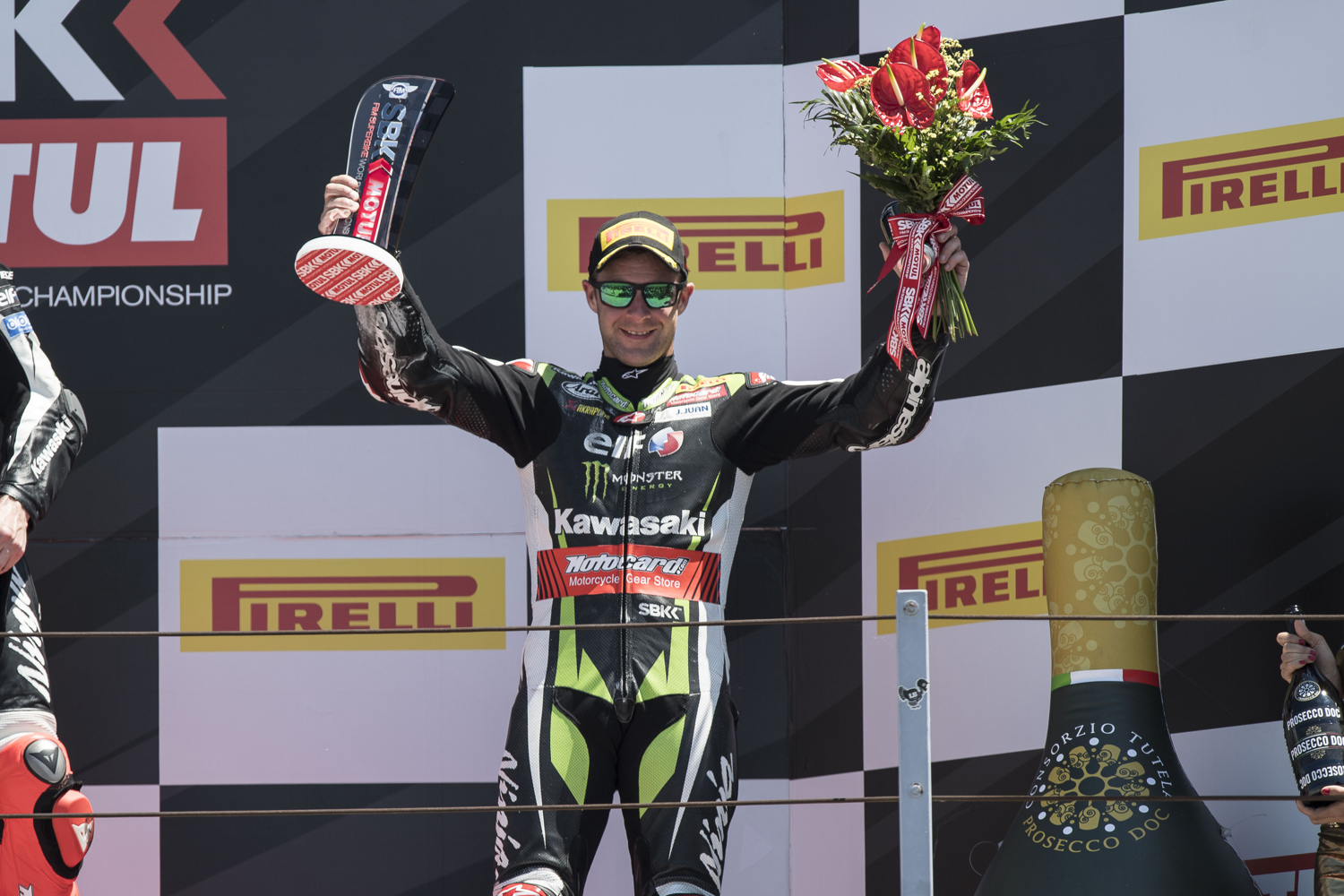 Jonathan Rea took third place in a dramatic WorldSBK race one at Misano today.  Having been in a race long battle for the lead, Jonathan was right behind title rival and race leader Chaz Davies (Ducati) when the Welshman fell with two corners remaining.  Rea was caught up in the crash and also fell.  He managed to remount immediately however and limped home with enough time to claim a podium place and valuable championship points.

Jonathan led off the line but had to make way to a hard charging Michael VD Mark (Yamaha) in the early laps.  VD Mark, however, was also to crash whilst leading and Jonathan, in second place, had to take avoiding action, but maintained the lead at that point.

This third place finish was Jonathan’s 100th career podium and keeps him ahead of Sykes in the Championship battle.

Jonathan Rea, stated: “The plan was to just release the brake and go up the inside of Chaz on the last corner, but unfortunately for both of us it did not get that far. Especially for Chaz. He made a mistake and tucked the front and I am super-sorry that I hit him but I had absolutely nowhere to go. I hope he is OK. I can’t remember ever being on the podium in a race I have fallen in, maybe in a wet race but probably not, to be honest. In van der Mark’s crash earlier in the race I had to go off track. I was so close to almost hitting him and then his bike almost hit me. It was certainly eventful. It was a shame for me and Chaz as we were fighting for the victory.”