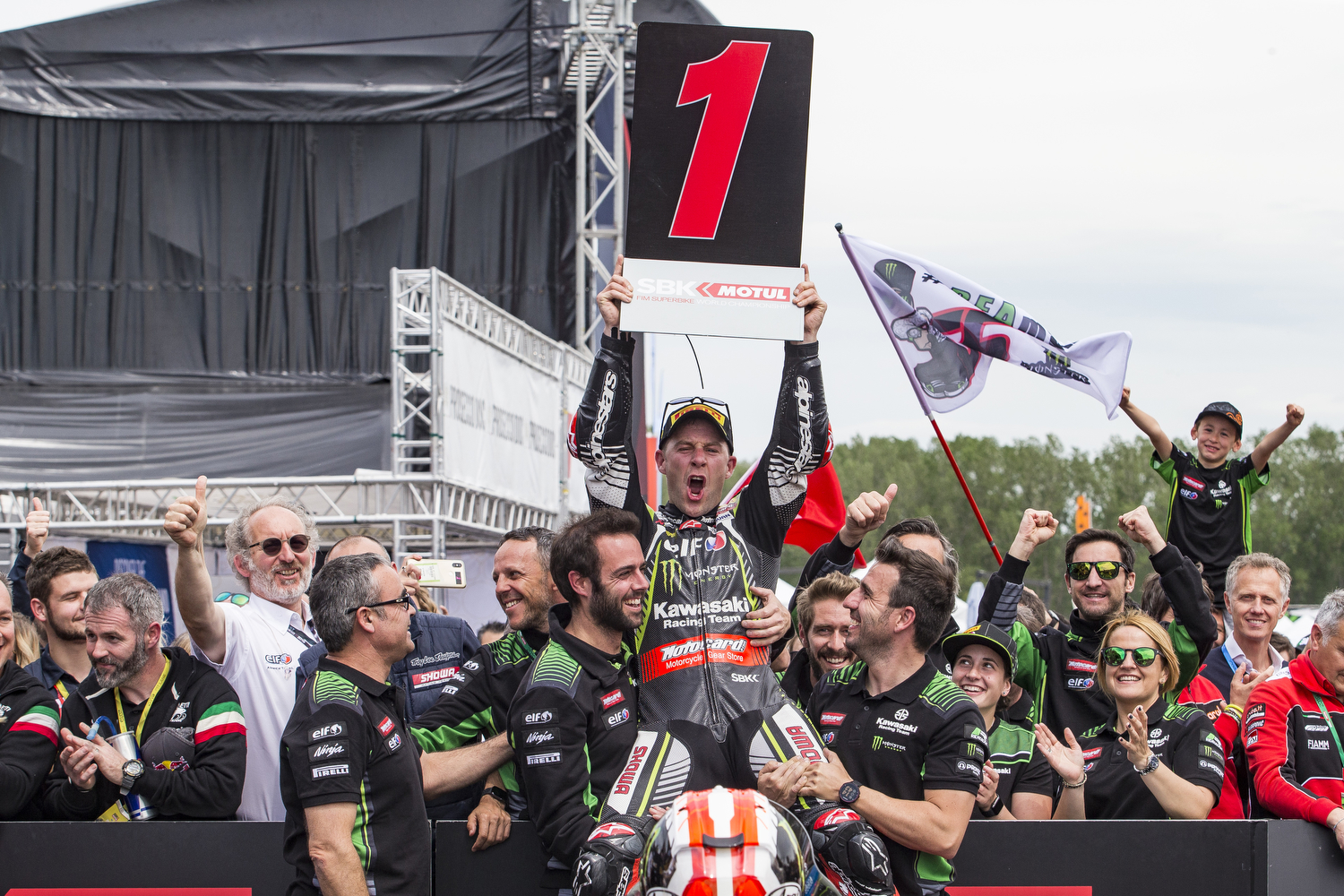 Jonathan Rea took his first race win of the 2019 FIM Superbike World Championship season by over seven seconds at Imola today.  Starting from the front row of the grid Jonathan quickly established a lead on the opening lap and was never challenged over the 19-lap race distance.  Alvaro Bautista (Ducati) was second with fellow Kawasaki rider, Puccetti Racing Team’s Toprak Razgatlioglu in third.

Rea and the Ninja ZX-10RR had been the quickest combination in all free practice sessions of the weekend, but missed out on pole position by a slim one tenth of a second.  He secured second place in Superpole qualifying which gave him an ideal front row position for race one.

Racing on a development specification Pirelli rear tyre Rea continued setting the pace, recording a new lap record of 1’46.023 on lap three of the opening race of the weekend.

After a dry and mild first raceday of the weekend the two contests scheduled for Sunday – the ten lap Tissot-Superpole race and a second 19-lap full race – have a high probability of being held in wet conditions, according to most weather services.

Jonathan Rea, stated: “I am very proud of the team. Even though we have not won a race until now this season, no one has given up. The atmosphere inside the garage is incredible and I have so much support from my team. It is a real nice victory because it is for everybody that has been working hard. We kept working and making steps with the bike set-up. I felt really good because we made a step in the right direction. I stuck a pass in on Chaz Davies in turn four of lap one and then stuck my head down. That was my complete strategy. The plan worked perfectly as I was able to push the pace and then roll off in the last laps and enjoy the moment. I want to thank Kawasaki because we made a step forward from last year.”